‘Year of the Villain’ Event Coming to DC Comics 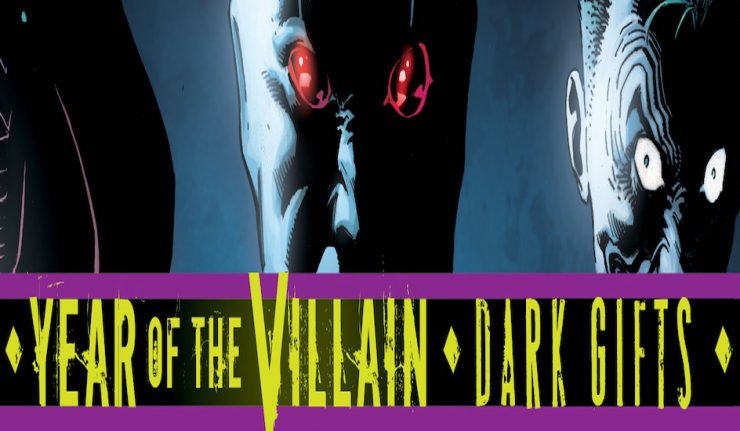 This May, DC will begin a new event that will propel the entire DCU into total chaos.  The event entitled Year of the Villain will show Lex Luthor visit various DC titles offering it’s villains a way to defeat their hero nemesis once and for all.

According to Scott Snyder:

“the event will culminate in a battle between good and evil in November when one side will win, and that will propel the biggest story we’ve told, at least in my time in DC, from December through spring 2020”

Year of the Villain will kick off on May 1st and will feature the combined talents of Scott Snyder, James Tynion IV and Jim Cheung.  Year of the Villain #1 will show Luthor making a major sacrifice in order to achieve his goal in oder to make the villains of the DCU more powerful.

According to Snyder, this will drive the Justice League to enlist every hero in the DCU in order to fight this new, more powerful threat and will eventually lead to one of the biggest battles between good and evil in DCU history.

“Year of the Villain is a culmination of all the stuff we’ve been building toward on Justice League and since Metal.  I told DC really early on, in the end of 2017, that we were going to do this story in Justice League that had Lex Luthor learning that the original form of the DC Multiverse had humans at it’s center, but they were very different iterations of humans.  Lex Luthor realized that the original version of the DC Multiverse at its core as this kind of predatory, immortal species the could almost take down anything else.  The comic mother of the DCU, Perpetua, originally started our universe as this kind o immortal, predatory space where humans were at the very center.  Once that was found out, after she was turned in by her sons, the Monitor, the Anti-Monitor, and the World Forger, the universe was restarted, she was imprisoned, and humans were kind of divested of all these abilities and turned into this kind of fleshy, weak creatures.  Lex believes this is the scar that essentially is at the core of who we are.  It’s why we feel such longing and misery and why we have this sense of purposelessness, at least for him, sometimes.  Now he feels invigorated.  Year of the Villain is about him finally believing in something bigger than himself.”

Lex Luthor has always been the most dangerous mind inside the DCU but has only ever done anything himself by believing in only himself.  Now Luthor has faith in something bigger than him, which will make him more dangerous than ever.

Year of the Villain #1 will be available in stores on May 1st with a special price of only .25 cents.