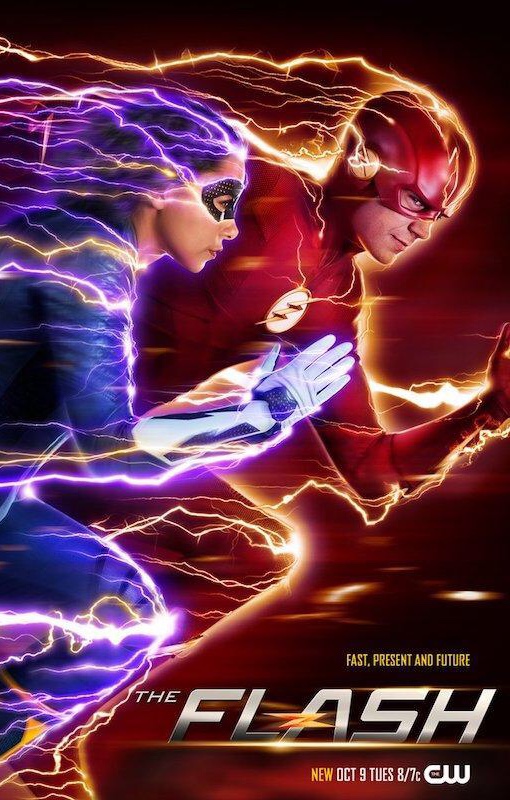 This week’s strengths not only focused on domestic drama but also on the unexpected decisions on the parts of the writing team. 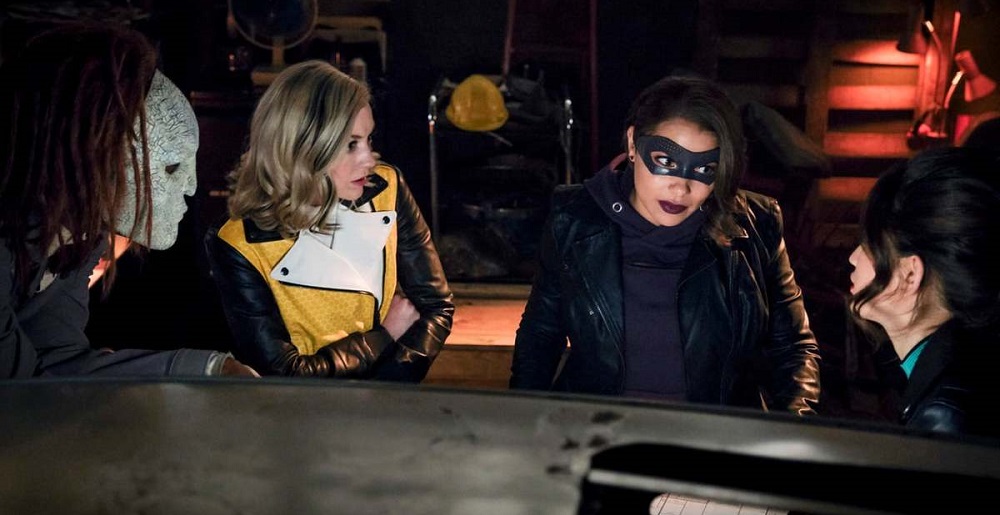 Opening the episode with Nora’s possible heel turn was a good way of balancing her actions with the distrust from Barry. Jessica’s performance was very strong this week, as her character goes as far as recruiting both newbies Weather Witch and Rag Doll, as well as season one bad guy Brie Larson aka Bug-Eyed Bandit. The writers strive to get across this new angry version of Nora West-Allen. The strongest exchange was between Grant and Jessica, as she unloads all of her grievances while channeling the Negative Speed Force. Barry is watching his only daughter embrace the red-eyed, vibrating appearance of his arch-nemesis, Eobard Thawne, driving home the belief that she’s become corrupted. They even have her go as far as a callback to Season One by threatening to vibrate her hand through Cisco’s chest. From bonding with Joss Mardon on their disappointment of their parental figures to revealing she is The Flash’s daughter, you get a sense that Barry has lost Nora…until the face turn and the point of this Ocean’s Eight operation. While revealed to be part of Thawne’s plan – utilizing anti-metahuman technology to incapacitate Cicada – it remains to be seen whether he foresaw the double-cross on the parts of the Rogues as well. More on them later. 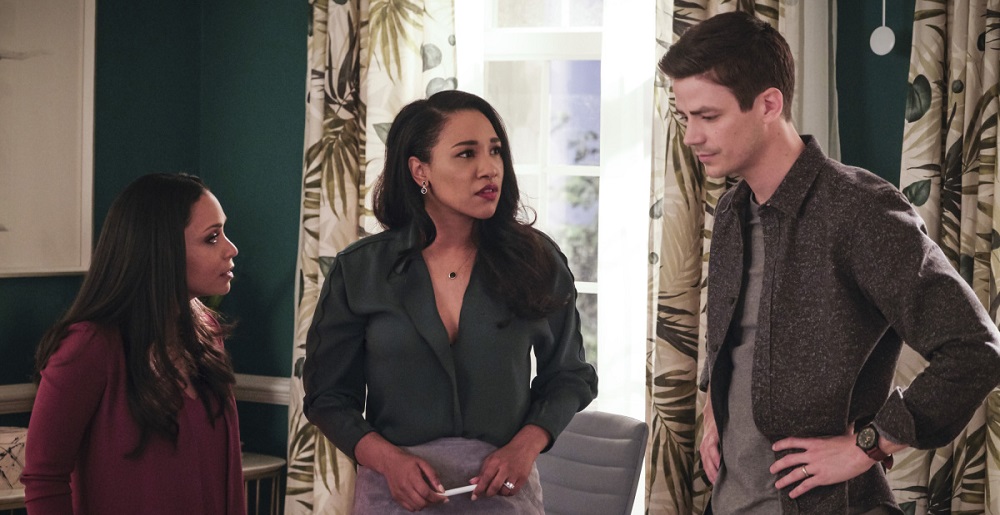 Barry and Iris had some good scenes in which we still see there is an imbalance on their perspective of Nora. Iris is trying to have faith in their daughter while Barry is treating Nora like she’s a suspect. One’s thinking with their heart while the other their head. Grant and Candice’s heated discussion felt natural and keeps the viewer invested in their hopes of a positive resolution. Thawne is the ever-present white elephant in the room. While a legitamite reason for concern, Barry has not yet taken off his blinders to see past him to see his daughter. It’s those blinders, coupled with yet another douche move – “Stop working with Thawne and then you can come home” – that makes the viewers shake their heads at Barry’s myopic perspective. He had his chance to do just that when he ditched Nora in 2049, but not because it’s forced, it crashes and burns.

It may also be because he didn’t raise Nora, and therefore doesn’t have a full grasp of all of her quirks and personality traits to deduce which way she’ll really turn. Brilliant move on the writing team to bring back another key element that’s been lacking this season: Barry’s counsel from Papa Joe. Jesse and Grant seem more on the same level as Barry and Joe as both of their characters are now fathers. Using an example from season one as a point of reference to lecture his son on trust stayed on the path of the legacy theme this season has been about. During the climax – nice callback to HR Wells’ identity disguising technology to sneak everybody in – the use of both father in daughter in Flash Time, their lightnings almost embracing each other was just what the viewers needed to get that reassurance that this is a legitimate turn in the right direction. Having Barry get over that lump in his throat and agree to this strategy is necessary to show growth on his part as both a leader and a parent, and having Joe involved is a brilliant way of helping him reach that conclusion.

With key players like Captain Cold, Heatwave, and the rest either incapacitated, dead, or reformed – or, in the real world, unavailable due to other project commitments – it makes sense to bring in new Rogues. Fortunately, like a certain Dark Knight, The Flash has a multitude of villains that even the CW has yet to take full advantage of. Having the ratio being more women than men in this crew works in the #MeTooMovement era. Even Iris and Cecile are leading the charge in certain scenes when Nora needs a voice in her defence to Barry’s accusations.

Weather Witch’s new resolve as a villain works in that it is still based upon both her father’s neglect and Silver Ghost’s influence. Nora’s recent troubles with her father parallels with Joss’s conflict with her father, Mark Mardon. Having that moment of reflection is needed to empower that later moment of self-sacrifice Barry makes in order to bring Nora back from the brink. Rag Doll brings in that creepy factor the new crew needs; of all the members of this ragtag group, he’s the one that has a high scare factor. We have yet to see him in scenes without the mask, but that works in that this virtually broken persona is what he has become; he has no life outside of Rag Doll. Given Phil Lamaar gives a voice to Rag Doll, we have yet to see whether they’d dub his voice in place of Troy’s for scenes without the mask. There isn’t a moment in the episode where he moves normally. Troy James’s real-life contortionist talents truly add that jaw-dropping element to Rag Doll’s nature. Naturally CGI and prop tricks help enhance his metahuman abilities, but knowing that this actor can actually move like this in real life makes it more chilling.

The fight scene with Joe and Iris works in that you see how truly hard it is to get a beat on him and how he can employ his contortionist skills for offense. The Beetlejuice head spin from Iris’s right cross is brilliant in that there is not a single bone in his body that is solid…except for his brain, probably, since it worked to knock him out. It’s good to see Joe get physically involved in a fight again, for the record. 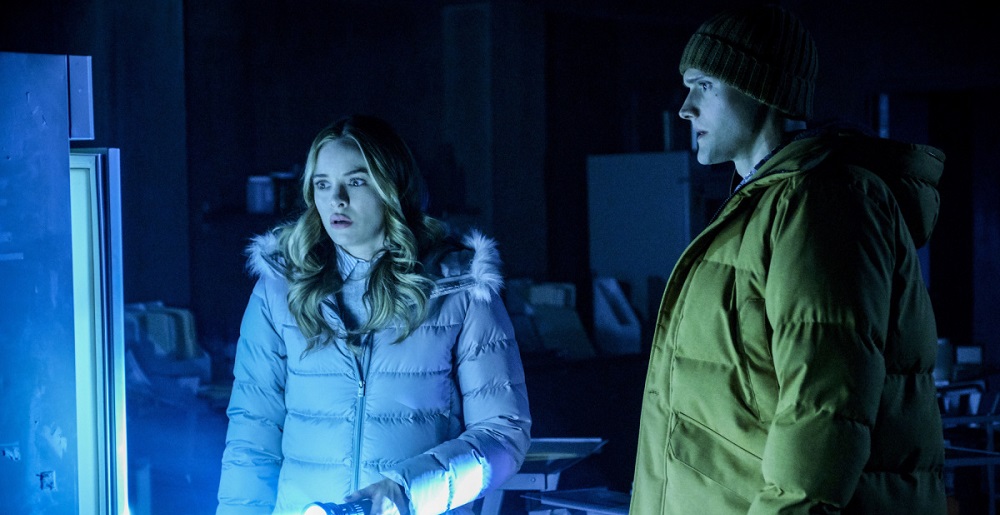 Regarding Cicada, although barely seen this week, her motivation of metahuman genocide compliments Nora’s agenda of acquiring anti-metahuman tech, only through different means. The fact she’s planning on causing a metahuman plague explains why she abducted her younger self and stole the cryogenic device last week. Sarah Carter’s monologue and the reappearance of Chris Klein as Orlun Dwyer (?!) gives viewers insight as to how truly broken she is. It also raises questions as to who raised her if it wasn’t her uncle? Did Orlun’s death actually occur in her original timeline? Although a brief scene, it seemed truly chilling to see her “idealized” version of her uncle still with her in her mind. Is that how she’s always seen him, or is it a way of coping with the buried shame of murdering her own family for the pettiest of reasons? With everyone referring to her now as Cicada, she has truly become the main villain. However, with the next episode entitled “The Girl With The Red Lightning,” will we get more of the…reverse?

Team Flash members, although contributors to the plot, seem terribly underused this week. Plus the fact that the writers shut down the possibility of a Ralph and Caitlin hookup as blunt as a sledgehammer is a wasted opportunity. Ralph is no longer the pig he used to be, and Caitlin has warmed up to him as of late. It would’ve been interesting to see something come out of this, especially since both aren’t actively looking for a significant other that this point. While Grant got to flex some comedic muscle as a Sherloque-controlled hologram, at first glance it was too cringy.

The backstory as to Iris, Joe, and Barry snuck in seems too confusing. The premise was that Cisco had a bold decision to make, but that was downplayed in favor of the larger plot. If it’s a side plot point then why advertise it? And while Nora threatening Cisco Thawne style drove home her heel turn, why was there no moment of apology from Nora to Cisco? No chance for Cisco to outline a line she deliberately crossed, knowing what Thawne did to him?

Also, the scene in which Rag Doll unfolds from the suitcase fails in regards to the VFX. it should’ve been an overhead shot for the reveal of the case’s contents, then switch to an angle that both shows the suitcase on the table and Troy climbing out of it. It just feels too much like a greenscreen shot. Also, Brie Larson is the only Rogue that feels underused despite being billed as an equal player alongside Weather Witch. Speaking of, although they revisted Joss saving Nora’s life the last time they met, they wasted an opportunity to address XS’s callous treatment of her when she was on the fence between villainy and a normal life. Removing that also took some dimension that was established in her second appearance. 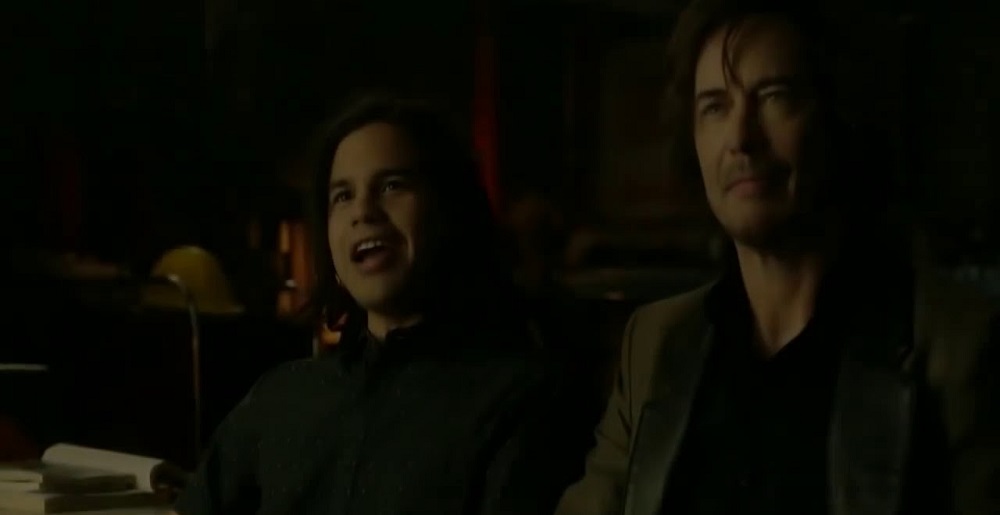 While a welcome resolution to the West-Allen family dysfunction with strong performances, underused players, downplayed keypoints, and having an “iffy” baddie go full villain takes the final product down a peg. With two episodes left, it’s going to be interesting how they’re going to resolve all the major plot point and see how they make use of a certain man in yellow effectively. No spoilers. See you guys next week!