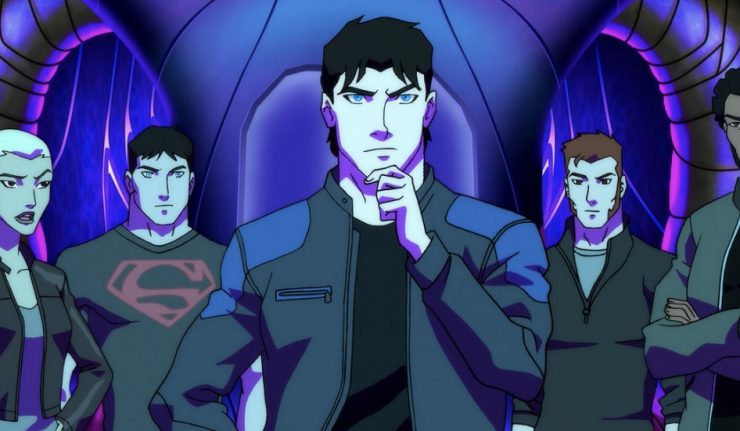 The midseason finale of Young Justice: Outsiders ended on a cliff hanger ripped from Tales of The New Teen Titans. Young Justice, better known on the series as “The Team,” returns with brand new episodes in three weeks!

DC Universe released a teaser for the second part of the third season of Young Justice: Outsiders and released the following description:

“The Teenage Super Heroes of the DC Universe come of age in an animated world of super-powers, super-villains, and super secrets in YOUNG JUSTICE: OUTSIDERS, the highly anticipated new take on Warner Bros. Animation’s popular YOUNG JUSTICE series. The team faces its greatest challenge yet as it takes on metahuman trafficking and the terrifying threat it creates for a society caught in the crossfire of a genetic arms race spanning the globe and across the galaxy.”

What We Know So Far

The first half of this season picked up events two years after the conclusion of Young Justice: Invasion. Due to government limits on JLA operations, Batman and other heroes abruptly resigned. “The Team,” reunited under Nightwing’s command, agreed to investigate the metahuman trafficking issue. Besides Dick Grayson’s new status quo as a covert hero, the premiere also saw updates on other subplots. Gar Logan, aka Beast Boy, has maintained a celebrity lifestyle as an actor and advocate for metahuman relations. And finally, the first episode found Superboy and Miss Martian living together and recently engaged prior to Dick knocking on their door.

Their investigation uncovered a Markovian conspiracy and the creation of new heroes: Geoforce, the deposed Markovian prince, and fellow refugee Halo. An episode focused on Vandal Savage’s history revealed his alliance with Darkseid as the source of the genetic arms race. The midseason finale saw The Team successfully rescue Geoforce’s sister, Tara, who then secretly texted to Slade Wilson/Deathstroke, “I’m in.”

Catch the second instalment of this season of Young Justice: Outsiders on July 2nd.