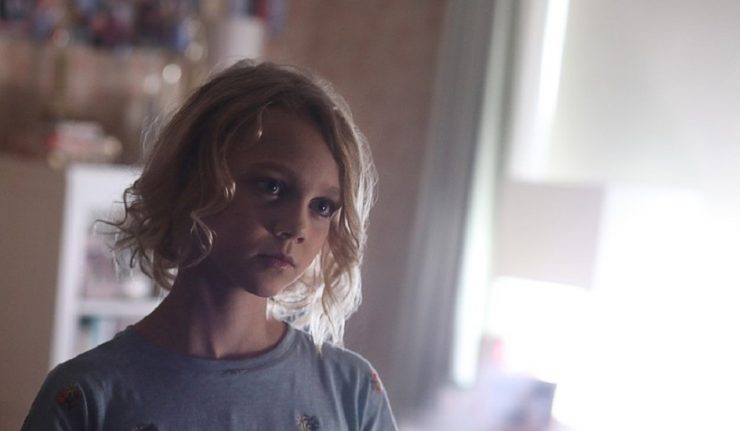 In Swamp Thing 1×05, Shawna Sutherland is back from the dead thanks to the dark forces in the swamp.  Maria and Abby are going to have to confront this evil spirit who may just want to take some people with it. Mean while Liz Tremayne’s investigation into Avery Sutherland starts to get dangerous, and Alec is visited by a mysterious stranger who teaches him some things about his new life.

Swamp Thing 1×05 continues to bring a new type of horror each episode and this one is no exception.  This time, possession horror takes over the show with some truly creepy and unsettling moments thanks to Shawna Sutherland and Elle Graham as Suzie Coyle who continues to do an excellent job.  This is a show that isn’t afraid to take risks and that is something to applaud.  It really pushed these ten episodes to their creative maximum, focusing on strong characters and compelling emotional moments over the threat of a big bad villain, and we need more of that on TV right now.

Abby Arcane continues to be the star of this show and that’s all there is to it.  Crystal Reed’s performance as an empathetic character that can carry an entire show is remarkable and award worthy.  She displays enough skepticism to be believable but is still open enough to not come across as overbearing.  The amount of pain in her words and actions is so incredibly clear, and this episode makes you painfully aware how much she matters to this show.

Unfortunately, this episode is a huge misstep for the show in an overwhelming number of ways.  Most notably, Abby Arcane is barely in the episode.  The need to devote time to bolstering the supporting cast is admirable, but frankly, it shows how weak everyone else is in comparison to Abby Arcane.  They try to hit a large number of dramatic beats in this episode that do not pan out.  The Sutherlands especially have so much screen time that Avery starts to feel cartoonish, which is not something you want to see.  The entire episode exists in a saturated blue-gray color palette, which is not a creative use of lighting at all.  The sound choices feel very stale and cliche.

This leads to the episode’s real problem which is that it feels like a bad horror movie.  There is an over reliance on the mere use of possession as a horror element, and it leads to a lot of weak moments.  Possession is not enough if we don’t care, and Maria Sutherland’s character is not strong enough to carry these scenes.  There are a lot of common tropes used very frequently here with the sound selection and use of jump scares.  It gets old very quickly and the episode becomes a bit boring.

Swamp Thing trips and falls with an episode that doesn’t live up to the standard it set. 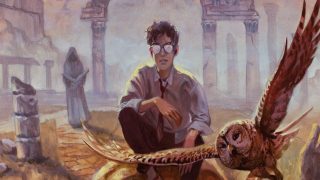