Secrets Of The Sinister House is a one-shot book that will arrive this fall from DC Publishing. The anthology book will feature some of DC’s best talent telling horror stories set in the DC universe out of continuity.

DC Comics is currently going through an initiative that aims to publish titles for fans of the horror genre. At the ‘Meet The Publishers‘ panel at SDCC, Dan Didio and Jim Lee announced a line of horror comics under the Hill House banner.

Along those lines, DC Comics announced today that Secrets Of The Sinister House #1 will arrive October 2nd, 2019. The book will feature talent the likes of Paul Dini, Rafael Albuquerque, Bryan Hill and many more contributors.

Check out the cover by John Romita Jr and Bill Sienkenwicz down below: 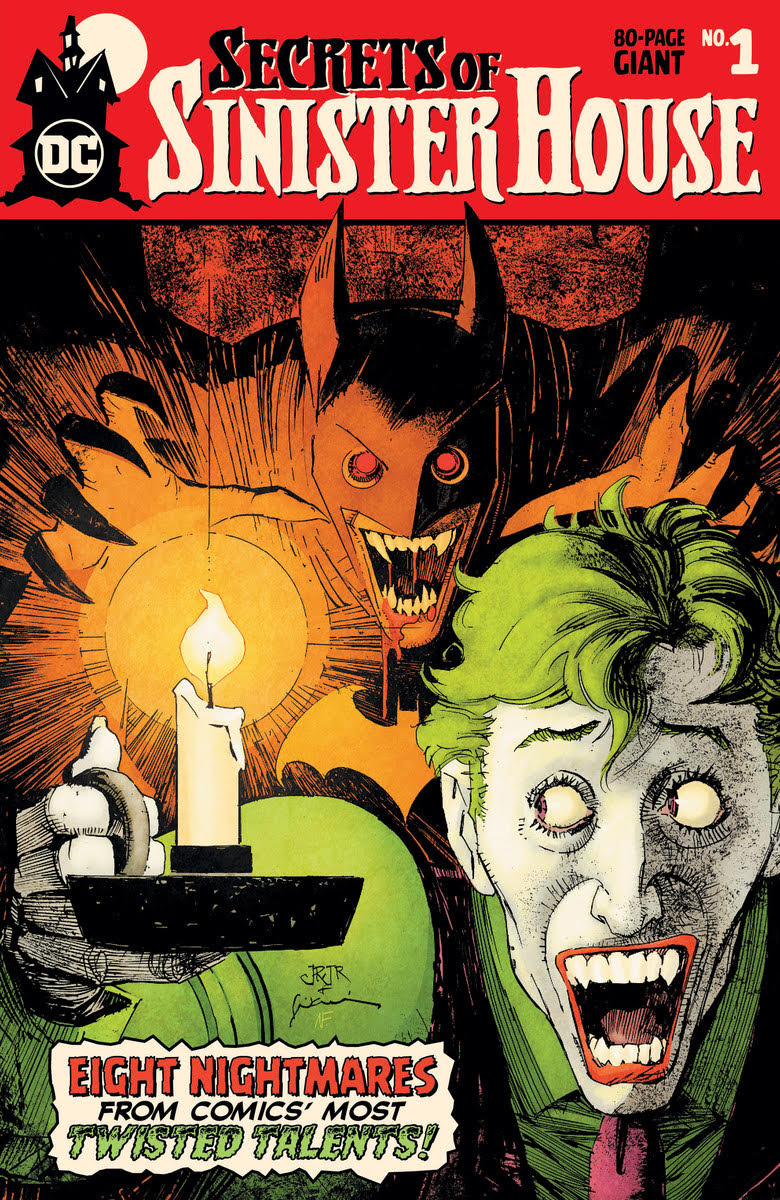 As you can see, the book presents iconic characters Batman and Joker but with a more ‘Halloween’ feel to it. For the more educated audiences out there, the cover hearkens back to the classic horror titles of yesteryear.

Check out the full press release down below:

Following the smash success of 2017’s DC House of Horror #1 and 2018’s Cursed Comics Cavalcade #1, witness what hides within 2019’s Secrets of Sinister House #1—revealing the DCU’s most horrific secrets and mysteries! In this new prestige-format 80-page one-shot special featuring a cover by John Romita Jr. and Bill Sienkiewicz, travel alongside Harley Quinn, John Constantine, Detective Chimp, Zatanna, the Atom and others as they face this macabre devastation first hand! And in the bowels of this dark mansion…we return to the world of the legendary Red Rain to meet once again with the dreaded vampire Batman.