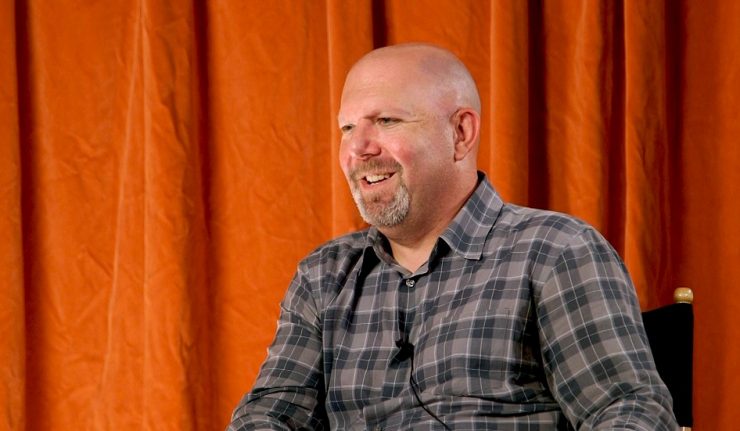 One of the geniuses that revolutionized Green Arrow for the small screen is at it again for DC.

Marc Guggenheim, one of the executive producers of The CW’s Arrow and by extension, the “Arrowverse,” is writing again. However, it is not on a new DC TV project. This endeavour goes back to the pen and the page.

What Else Besides The Emerald Archer?

An actual former writer for DC Comics, Guggenheim has worked on various titles such as The Flash and Justice Society of America. This past week, he has tweeted that he is “[working] away on a secret project for @DCComics and it is positively torturous not to be able to talk about [it.]” Marc helmed The Flash during Bart Allen’s post-Infinite Crisis run as ‘The Scarlet Speedster’. Specifically, he wrote Bart Allen’s death, which was tied into “The Lightning Saga” that brought Wally West and family back. He has also written for Marvel Comics as one of the rotating writers on The Amazing Spider-Man. Other titles include Young X-Men, as well as his own creator-owned book, Resurrection.

Given the limited information, fans will have to wait and see. But those of you who know this man’s body of work need not worry about disappointment.

Marc co-created Arrow alongside Greg Berlanti and Andrew Kreisberg in 2012, taking reference from the grounded approach used in Christopher Nolan’s The Dark Knight Trillogy. Around the hyper-realistic  world of Oliver Queen they were able to craft a shared universe. Spinoffs like The Flash, DC’s Legends of Tomorrow, and Supergirl came to form the Arrowverse and have had successful crossovers. The upcoming adaption of Crisis on Infinite Earths in November, which incorporates newcomer Batwoman, will be a five-hour event. Guggenheim stepped down as show runner in 2018, but remains executive producer of Arrow, which is entering a limited eighth and final season.