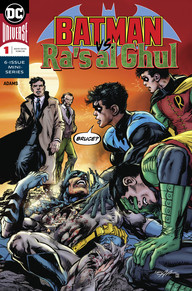 Gotham City is under siege by terrorists, and Batman is determined to find the source. But when Boston Brand tries to intervene, he discovers an even more disturbing and deadly truth: the terrorists are led by an inhuman monster. Ra’s al Ghul has volunteered his own private security force to aid the GCPD, and now they are the only thing standing between nuclear terror and the townspeople! But Ra’s Al Ghul’s true goal is hidden from everyone’s eyes. He will destroy the city and kill Batman, this time for good. Watching in horror is‚ Bruce Wayne? 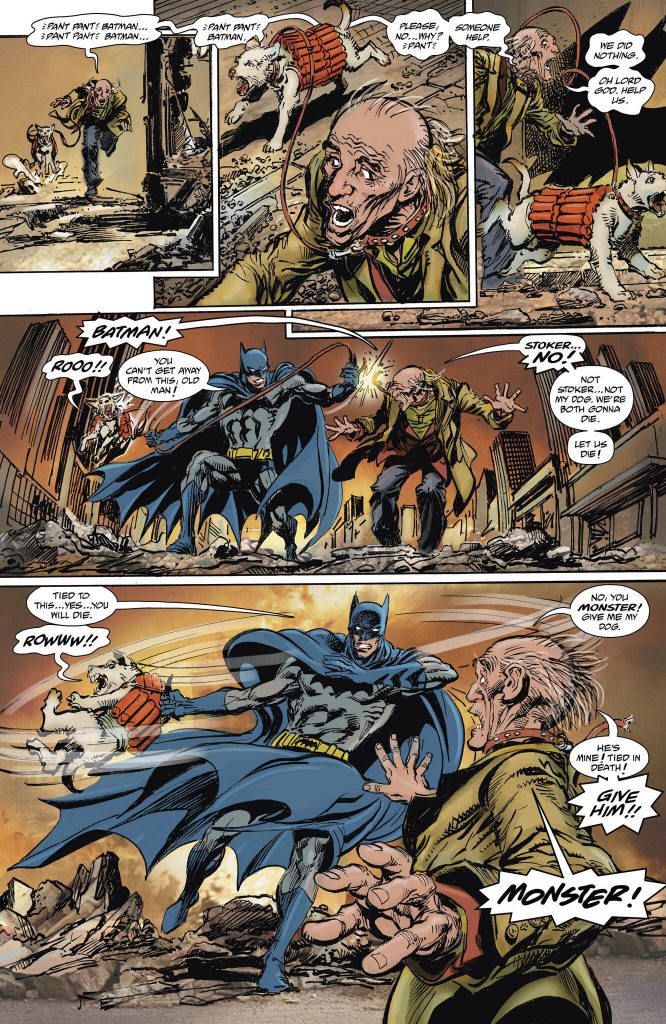 Back in 1971, Neal Adams had a hand in the creation of Ra’s Al Ghul and it is great to see him on a story that involves “Professor” Ra’s Al Ghul.  When you crack open this issue, you get an issue dripping with the Neal Adams art style.  I don’t think there is anyone that can capture Batman in his grey and blue better than Adams.  And that bright yellow utility belt… this is truly a retro issue!

Neal Adams art is the focal point as his pencils are intricate, and his renditions of all the major players (Bruce, Jim, Robin, another Robin, Nightwing) are classic.  I make mention that there are two Robins as it appears that the Robins are undefined as their identities.  Of course, Nightwing is going to be Dick Grayson, but Adams doesn’t provide any insight on his Robins in this issue as the only deviance is a coloring of grey in pants and a fill in to the shirt sleeves.  One would think that if one of them is Damian, there would be a more emotional response given the cover.

Last…Deadman is drawn as Deadman should be drawn.  His face, the coloring, the wrinkles…. super cool renderings of him and an added bonus in seeing him depicted in this special.

Adams is stuck in dressing his characters in 1970’s and 1980’s attire.  Ra’s Al Ghul’s bomber jacket… Bruce Wayne’s leather Members Only jacket…Ra’s Green pants…I’m no fashion critic, but this story belongs in that time era just by the costuming of these characters.

Speaking of belonging in an era, Adams writing has not evolved with the times.  You know that coach that is an offensive genius but cannot be a head coach.  This is Adams.  He is a wonderful artist and colorist!  He gets an A++ on those things.  But his dialogue and story lines…whew!  As comics have evolved, so have their audiences.  And everything that occurs does not have to be explained in a “news” break from a reporter in a TV screen (Todd McFarlane take notice!).  And the puns… And the over the top dialogue…and Batman literally throwing tantrums among the government officials in Gotham.  Who is going to listen to a man dressed as a Bat, issuing orders, and literally crying that he is not getting his way!  Batman has evolved so much, and so should Adams’ portrayal of his iconic characters.

Not sure what university has hired Ra’s Al Ghul, but Adams opens up a can with the title of Professor.  However, no explanation given on this one.  Perhaps I am the one who is out of the loop on this one!

Adams means so much to the Batman canon.  He is a Hall of Fame contributor to the world of comics.  But his scripts have gone the way of George Lucas and his dialogue. 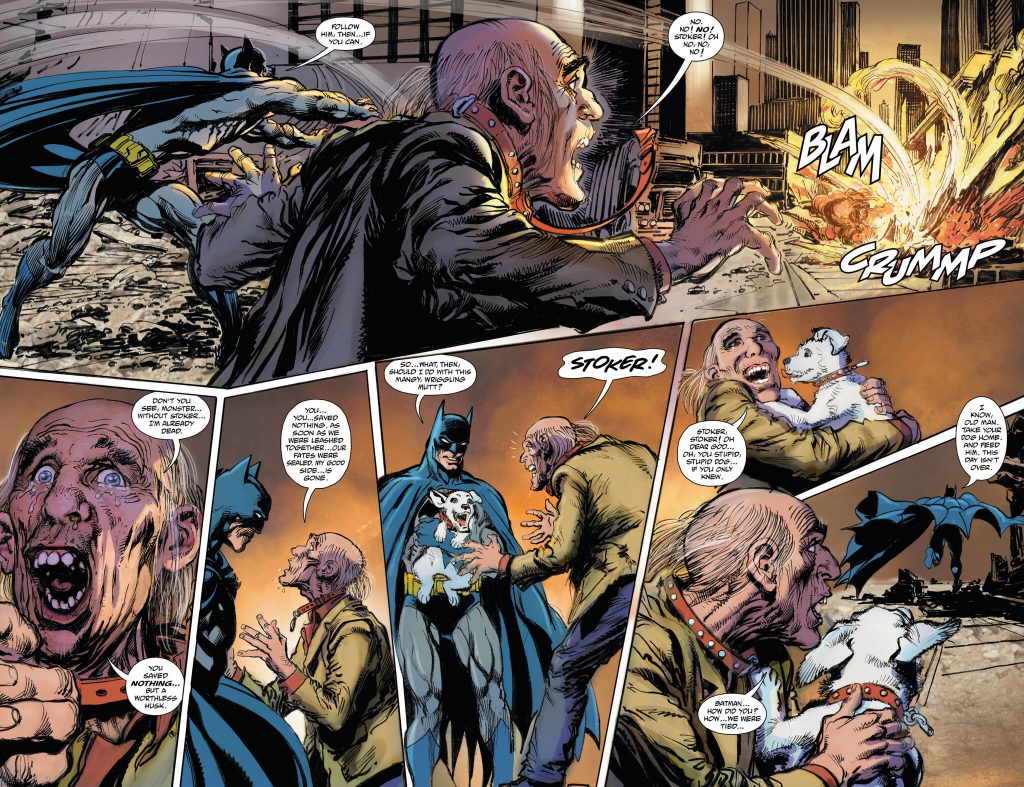 Review: Superman: Up In The Sky #3