Review: Batman and the Outsiders #5

Review: BATMAN AND THE OUTSIDERS #5 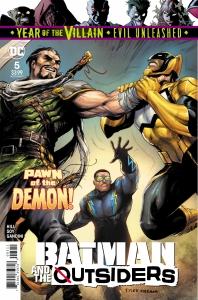 Batman and the Outsiders #5: The Outsiders must stop Ishmael if they hope to rescue Sofia and bring her back to Gotham City to meet with Batman. But vanquishing such a fearsome opponent will have dire consequences, especially for one member of the team.

Black Lightning, Katana, and Kaliber have travelled to Khadym to rescue Sofia Barrera, now rechristened as Babylon, from Ra’s Al Ghul. Unfortunately, it turns out to be a trap and Sofia fights against her would-be liberators. However, it seems that Sofia is wavering between giving in or breaking free from the mental conditioning that she has been subjected to. It will be interesting to see whether she ends up as an ally of the Outsiders, or as a foe.

Black Lightning still seems somewhat uncomfortable in his role as team leader, trying to figure out what makes his teammates tick and how best to deal with them. This issue, he has a heart-to-heart with Katana.

Their discussion centres around the fact that she is a killer, but Jefferson isn’t. The interesting thing is that Jefferson isn’t off put by this, but rather he wonders if he has it within himself to kill if necessary. Katana even goes so far as to help Jefferson prepare for the moment when he might have to decide to kill. 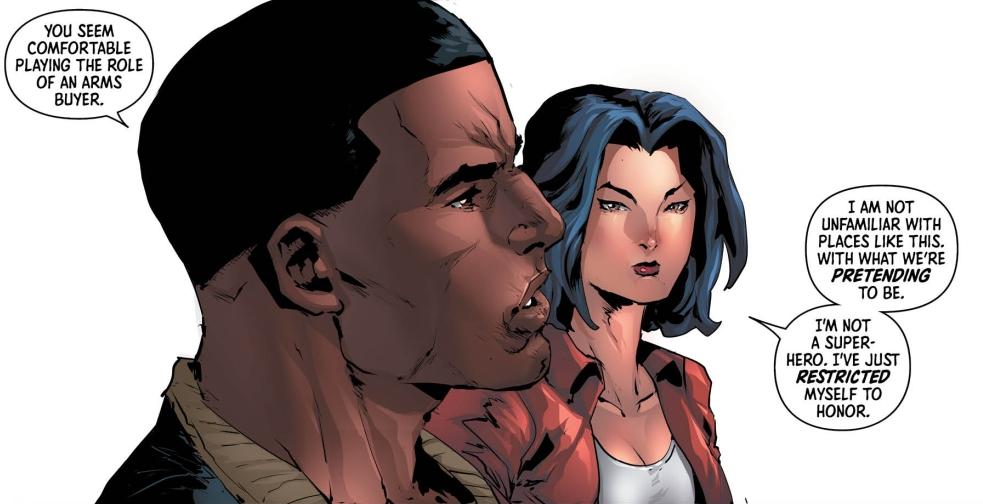 It seems almost certain that this will ultimately cause conflict with Batman, who is completely inflexible in his stance against killing. If Jefferson does cross that line, this will put him in direct conflict with the Dark Knight. And at that point, we will find out who the true leader of the team is.

I am quite enjoying Kaliber’s continued presence in the book, and I hope that he is kept on as a permanent member of the team. There are hints of a deeper backstory that begs to be explored in future issues, or maybe his own miniseries.

While the others are busy in Khadym, Ishmael travels to Gotham City to confront the Signal and Orphan, claiming to know a secret that turn them against Batman. Unfortunately, he does not explain further before the issue ends.

This raises some interesting questions. What is this secret, and is it actually true? What could Batman have actually done that would turn Duke and Cassandra against him?

This issue is branded as a Year of the Villain crossover, but I don’t see any indication that it is tied in any way to that crossover. Neither Lex Luthor nor Ra’s Al Ghul are present within these pages. Nor is there any reference to the gift that Lex has given to Ra’s.

Unless… could it be that Lex has supplied Ra’s with the secret that Ishmael is delivering to the Signal and Orphan?

Also, while I have found this opening story arc interesting, it’s starting to drag a bit now. I find myself hoping that the Outsiders wrap up their conflict with Ra’s soon and move into a new storyline. 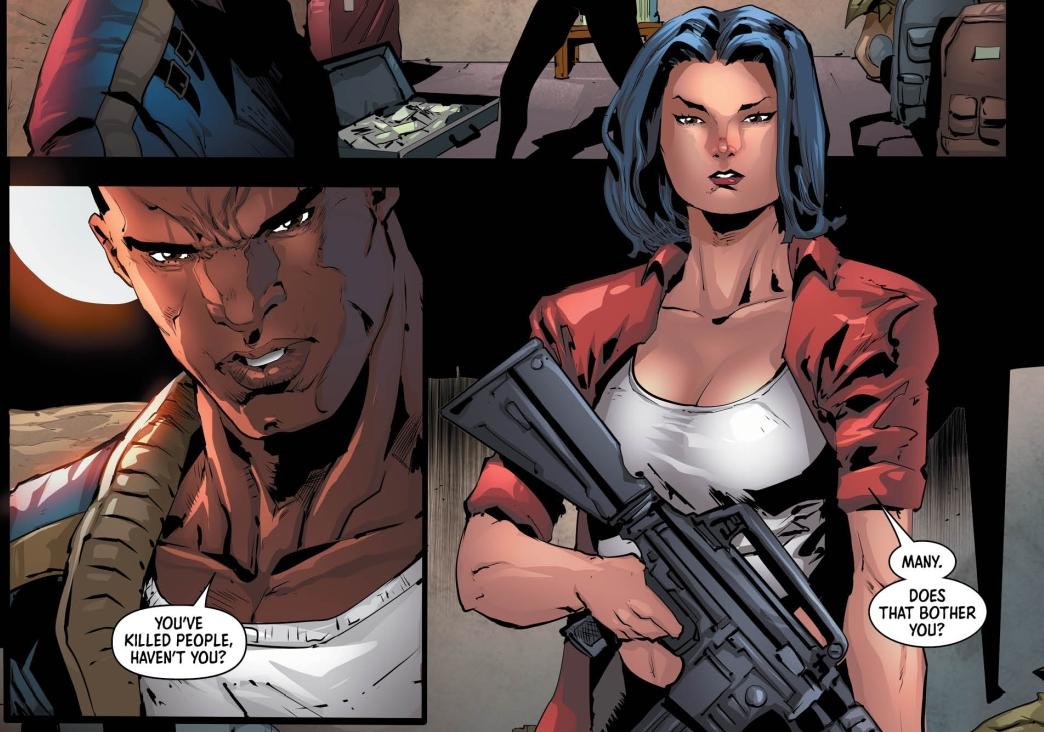 So far, Bryand Hill has given us an enticing introduction to the new Outsiders, which has been beautifully drawn by Dexter Soy. Despite the fact that the opening story arc seems to be getting a bit overlong, it still is one of the fresher titles in DC’s current lineup.