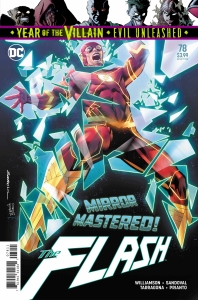 The Flash #78: It’s “The Death of the Speed Force” for the Flash as our hero squares off with new force users Fuerza, Steadfast and Psych! If the Flash can’t convince his fellow speedsters to unite and find a cure for the dying Speed Force, certain death awaits! Plus, Captain Cold’s latest recruit is a familiar friend who’s got a brand-new grudge”

In The Flash #78, Barry has gathered the three avatars of the New Forces, Steadfast, Fuerza, and Psyche so that they can work together to save themselves from the Black Flash. Unfortunately, Psyche attempts to save himself and leave the others to the Black Flash.

Unfortunately, Psyche this backfires and Psyche learns that he can’t hide from the Black Flash, and Barry arrives too late to save him. His death raises the question of what the Black Flash is accomplishing by killing the Force users. With Psyche dead, won’t the Sage Force move to another avatar? Or can the Black Flash sever each Force’s connection to the physical world? 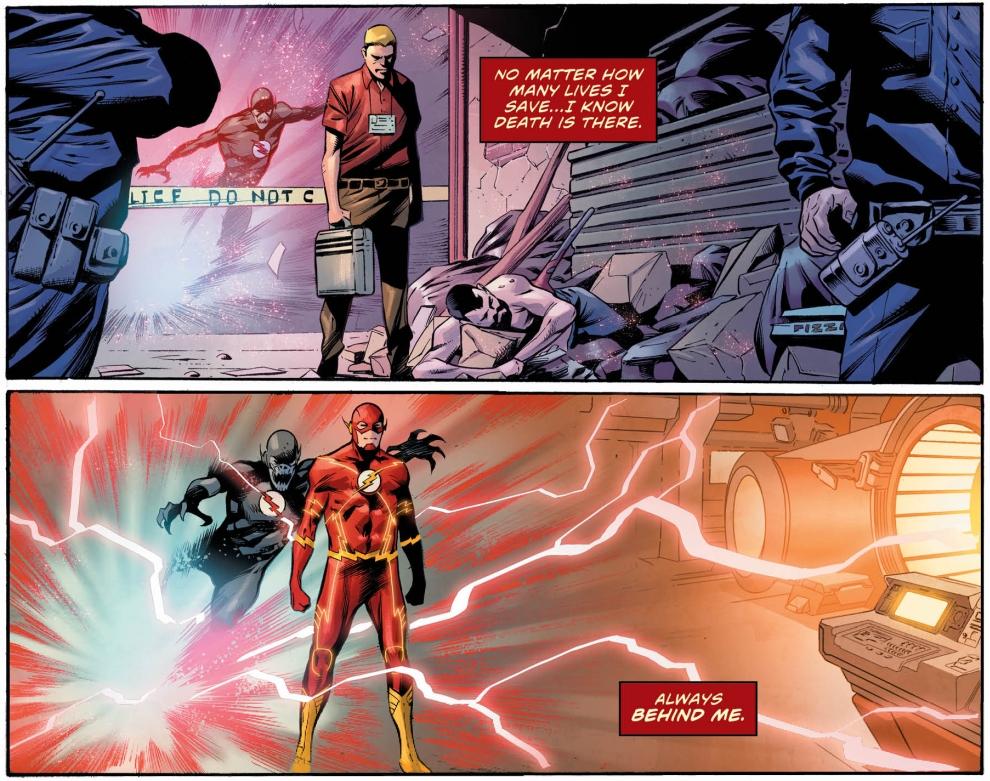 I was happy to see that Barry is still maintaining his newly regained optimistic outlook. This shines through as he checks up on how Kid Flash and the Flash of China are doing with their task of recapturing the villains that had escaped from Iron Heights. When he sees that are doing the job successfully, he smiles and says, “I knew they’d be up to it.” This panel, more than anything else, gives me hope that Barry finally has his life back on the right track.

We are also shown a continuation of the Captain Cold’s reassembly of the Rogues Gallery. Captain Cold, Heat Wave, and Weather Wizard pay a visit to Mirror Master, looking for Cold’s sister, Golden Glider. The Captain is getting close to having a full set of Rogues, so we must be getting close to their inevitable confrontation with the Flash.

I mentioned Commander Cold’s ruthless streak. He forcibly restrains Fuerza and Steadfast from joining Barry from attempting to save Psyche. Barry doesn’t expressly condone this action, but he doesn’t put up any protest either. This seems out of character for Barry, and I doubt the other two will be happy with either Barry or Cold – especially the hot-tempered Fuerza. 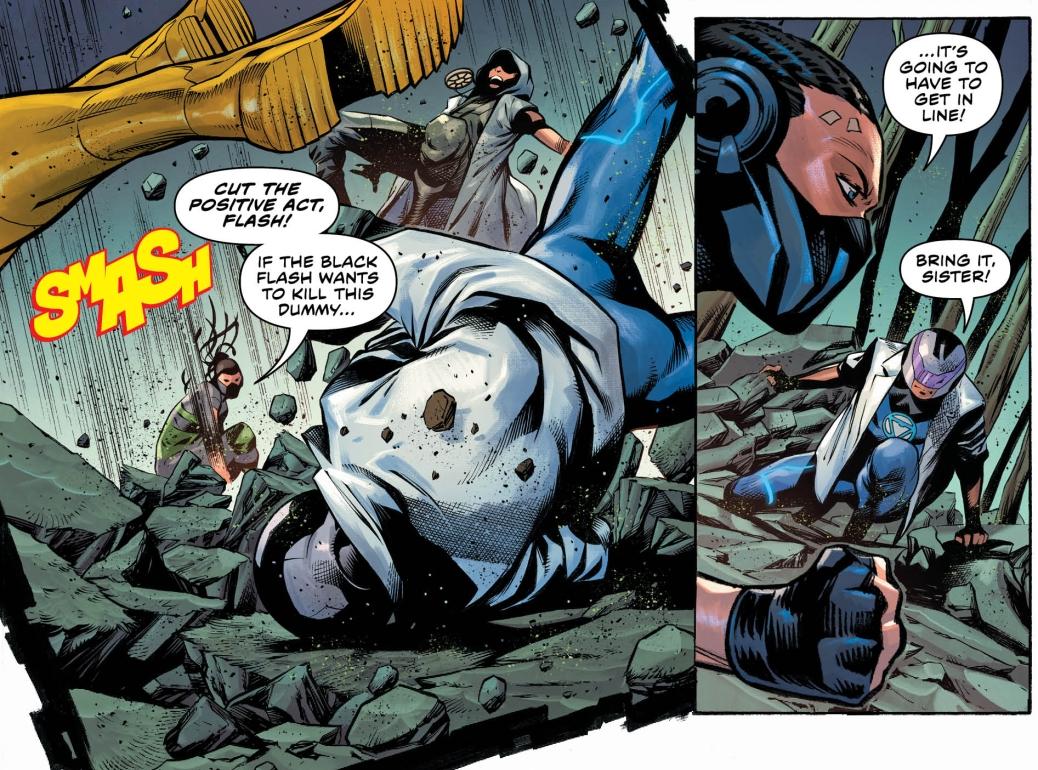 I have consistently enjoyed Joshua Williamson’s run on the Flash, the series has gotten even better since the Year One storyline. Seeing a properly hopeful and optimistic Barry is a pure joy. I’m eagerly awaiting to see how the Death of the Speed Force wraps up and also to learn what Williamson has planned for the Rogues Gallery.