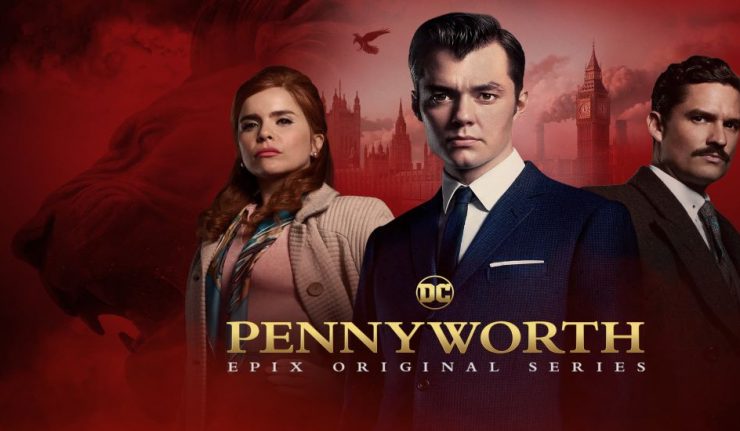 Pennyworth’s penultimate episode finds the cast scattered around but coming together. Alfred refuses to rat out Bet Sykes for helping him kill Esme’s killer. Because of that, he ends up in a prison for 7 years. Of course, he finds the boss and immediately takes control. Dave, Bazza and Sandra try to hatch a plan to get him out, but Detective Inspector Aziz has another plan. He makes Alfred an offer and he does not refuse.

That offer involves taking out Lord Harwood, who is gaining support in the open election for Prime Minister, before he can make a deal with Undine Thwaite and the No Name League. Thomas and Martha get roped in and they could be collateral damage.

The Sykes sisters are up to no good. The Queen might just be in danger.

Where to begin? Everything about this episode of Pennyworth was smart.  Bruno Heller, the series creator, was credited for writing this episode. While no episode is written alone, there is always a room full of men and women with great ideas, the episodes that have Heller’s name on them have been, far and away, the best. The acting is always good. There should be a sack of awards handed out for this show. So, it seems then, that one must assume, the script is the issue with some of the weaker episodes. Nothing is wasted here. Every single word matters.

Jack Bannon continues to prove what a screen presence he is. Paloma Faith makes sitting in a car appointment TV. The chemistry between Emma Paetz and Ben Aldridge is starting to come together. There is a moment when they are play backgammon that seems totally mundane, but the way they talk and look at each other really works. Detective Inspector Aziz has more cards to play as the show goes on. He is becoming more and more interesting. Again, it all comes back to the writing. He seemed like just a throw away character back in the pilot, but now, he is integral to everything. It is just brilliant.

Alfred’s bizarre relationship with Sandra is not really great. I don’t think that he is that guy. Sure, he is supposed to be James Bond, but he is not that kind of guy…is he?

That last scene is spectacular. Holy crap! I can not recommend this show enough. Please watch it so that we get a second season. You will be so mad if, in three years, you find Pennyworth on DC Universe or HBO Max and wish there were more episodes. Come on people! 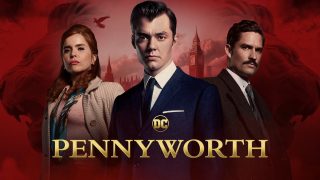