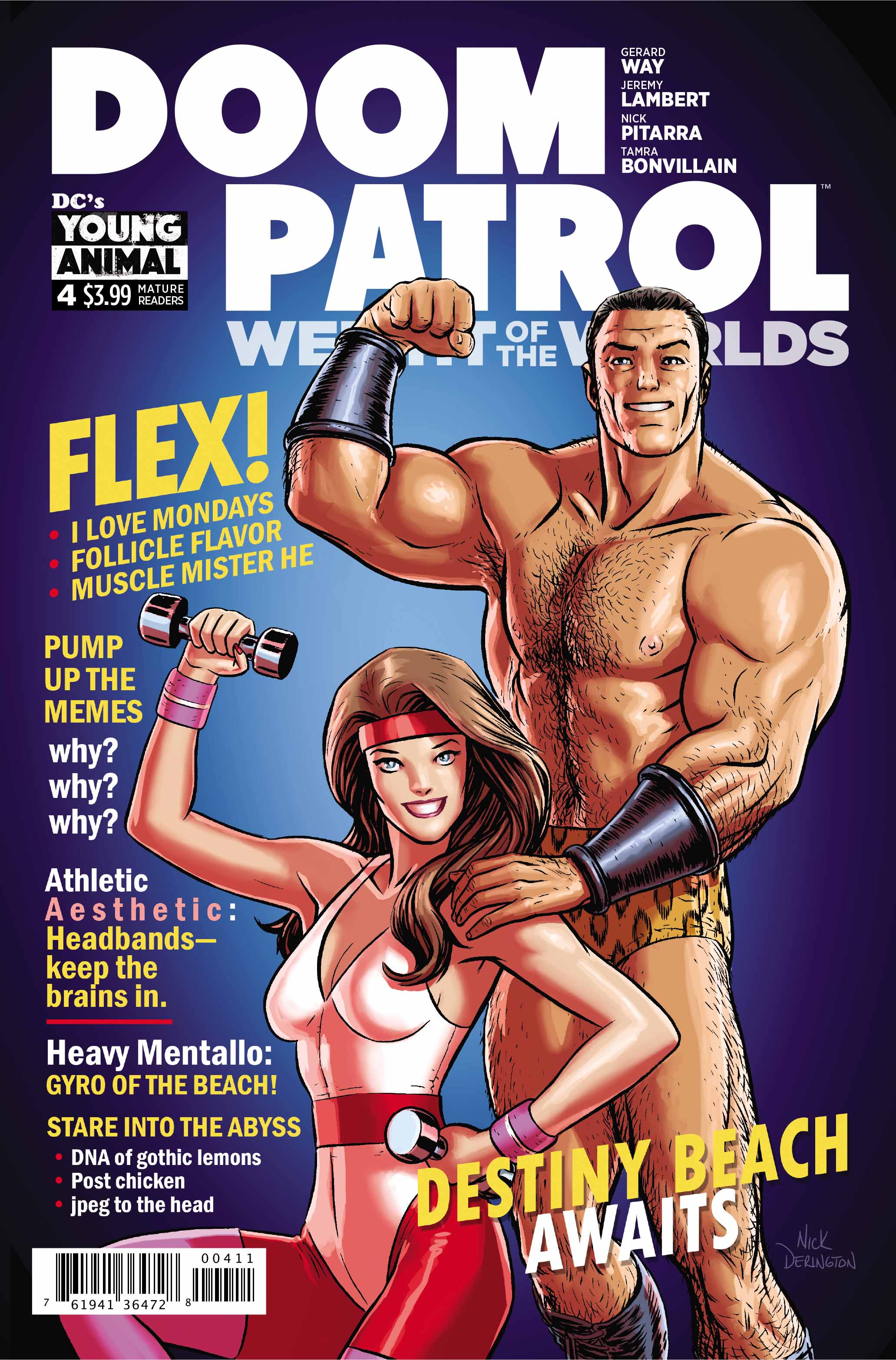 Flex Mentallo finds himself at Destiny Beach, bereft that it’s been destroyed!  Along with the rest of the Doom Patrol, they save the beach and Rita Farr is chosen by the sand.  Meanwhile, Cliff attempts to help as many people as possible!

Flex Mentallo was originally a sort of parody on the famous Charles Atlas advertisement from comics of the past.  The theme of parody continues in Doom Patrol: Weight of the Worlds #4 as Flex’s body building theme bleeds into a little Spider-Man/ Symbiote area with a bit of a Venom analogue.  This all contributes to a very light-hearted approach which makes the book a really fun read.  It contributes to the overall theme that Way and Lambert are utilizing in the series so far- healing.  Be it physical, mental or emotional, it is very powerful. 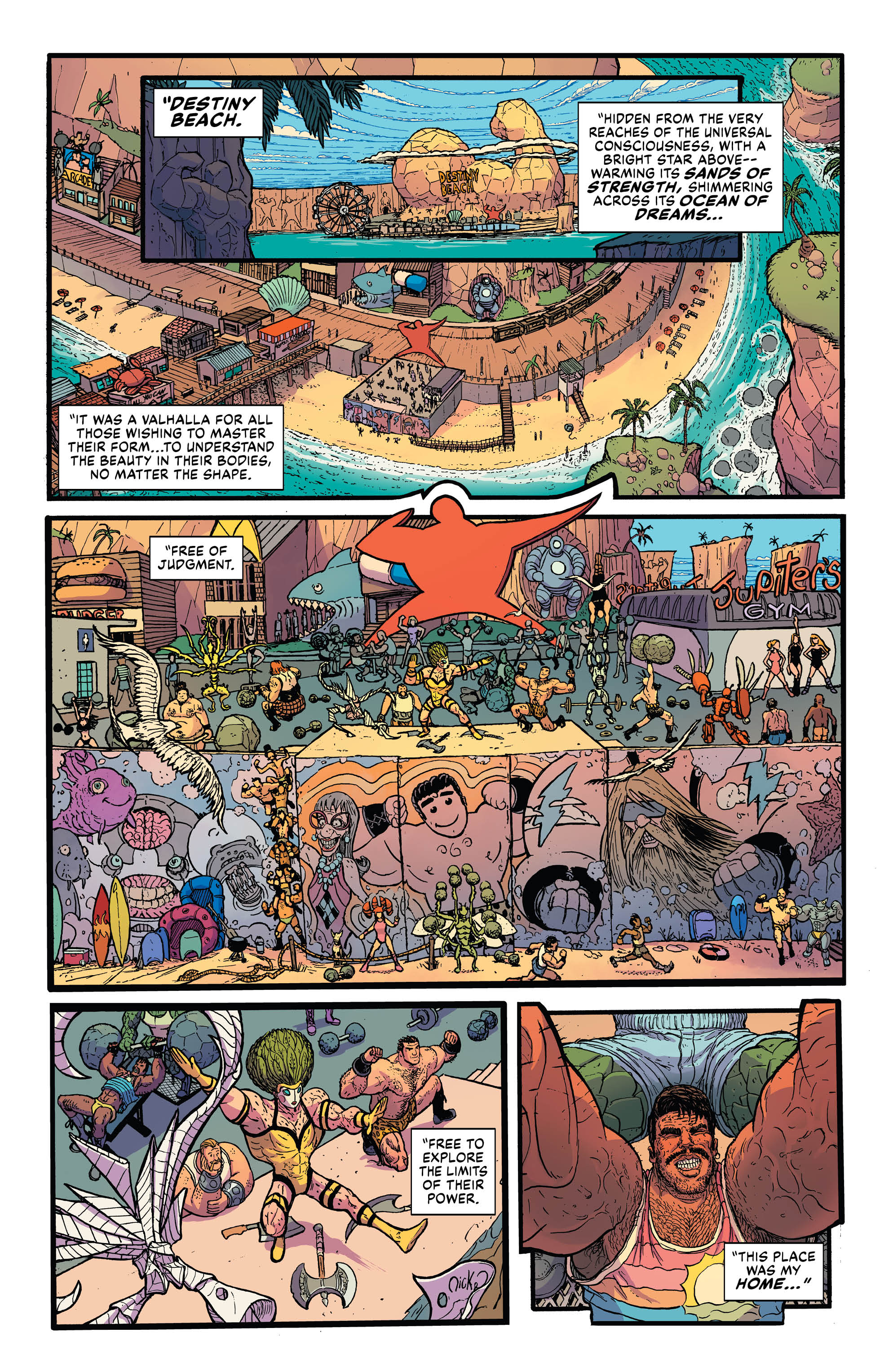 Flex is still the Hero of the Beach, but he needs some help to prove it.  Rita Farr has been working on controlling her abilities for a while and when she steps in to save the day and be selected by the sand, and be raised up, it’s a truly joyful moment that fits in with the theme of healing.  Not only has Rita won the contest against creature wearing the Secret Spandex (think Venom Symbiote), but she’s made a step in her personal growth. 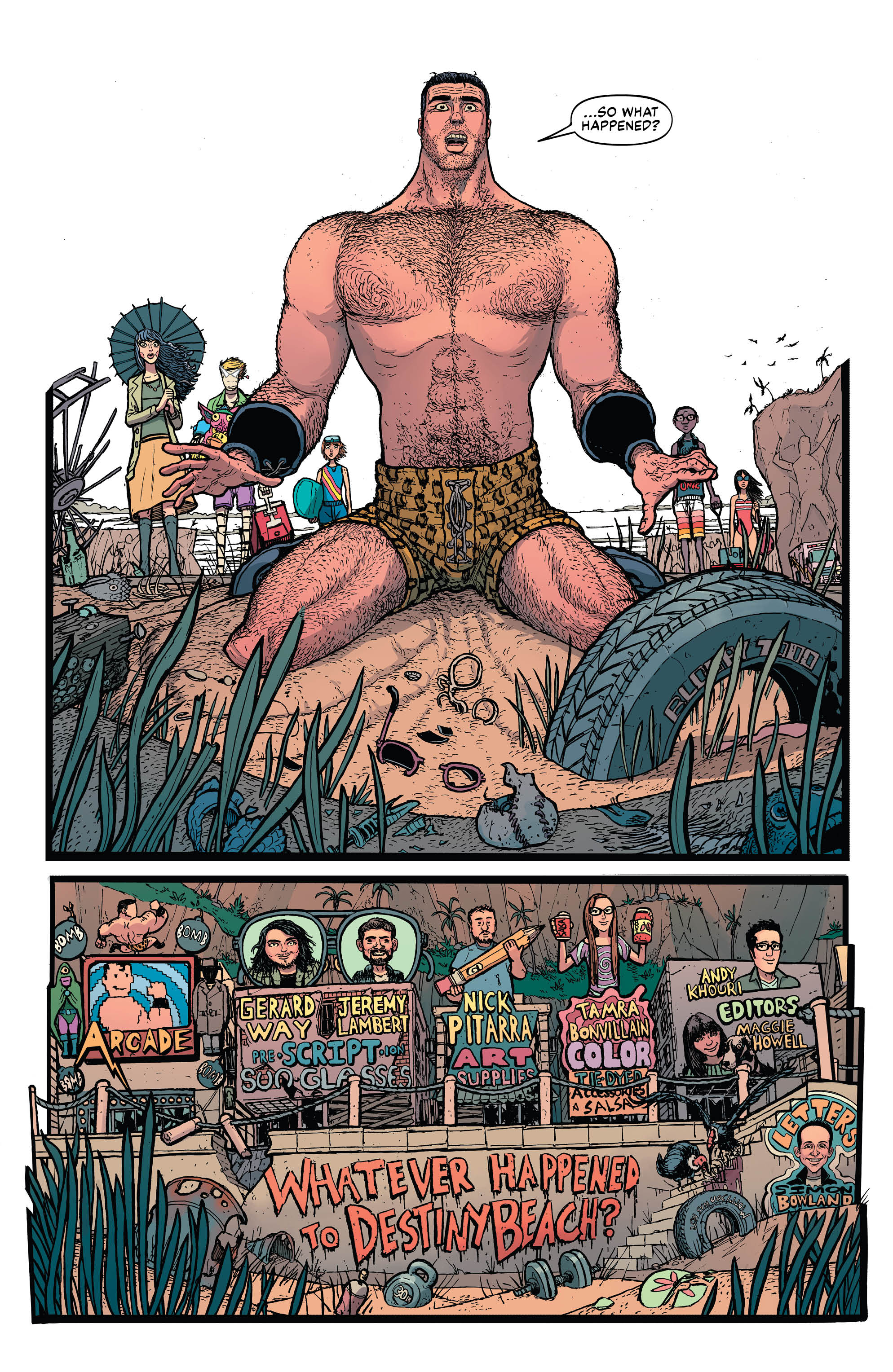 The Secret Spandex first appeared to Flex in the Second Cosmic Cataclysm.  (Secret Wars?) and he comes face to face with it again in Doom Patrol: Weight of the Worlds #4.  This a clear and well executed parody of Spider-Man gaining the black alien symbiote suit in Secret Wars #8 (1984).  It’s nice to have a comic with a sense of humor and fun, while at the same time tackling the theme of self-improvement.

Cliff has his own moments in the healing process.  Cliff continues to do good deeds and watch his new body unlock more upgrades.  This is a metaphor for healing the self by doing good things for other.  It’s not hard to see, but it is a surprising theme to find in a comic.  Well done! 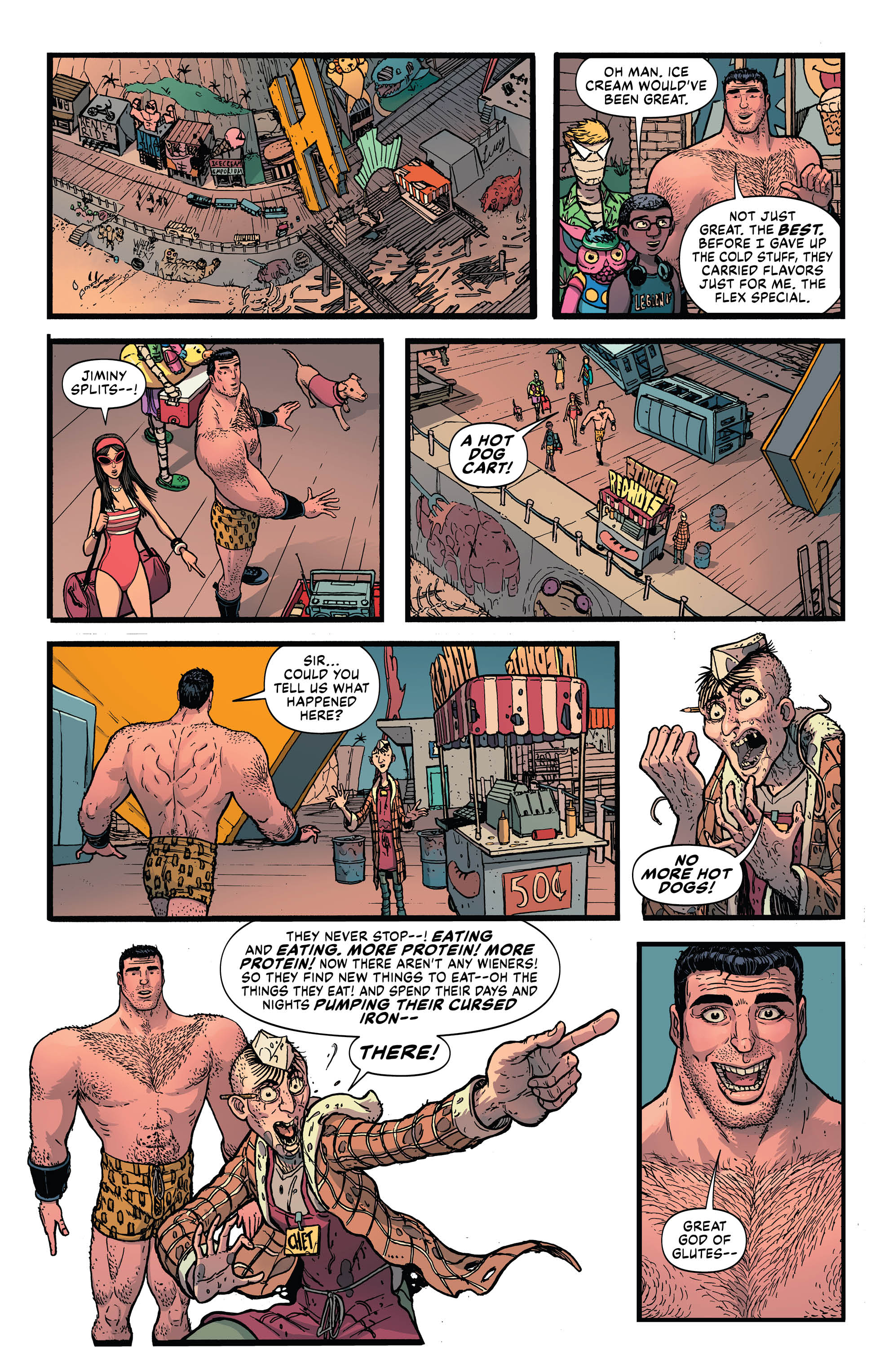 Don’t come here looking for your average comic book.  This is way better than that!

Doom Patrol: Weight of the Worlds is quickly becoming a “feel good” book.  And, it’s not overly saccharine or trite.  There a genuine emotional connection  that revolves around healing, both in the moment with Rita, and Cliff as he continues to do good works for others.  This comic is like no other title that I know of.  It should be commended for tackling the theme of healing.