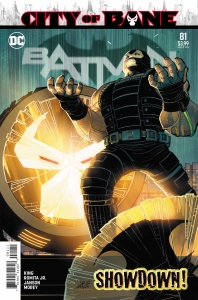 Batman #81: It’s time for the big showdown. Batman is calling Bane out. But is the Dark Knight Detective ready to take on the foe who broke him worse than any other that came before? And what else stands in Batman’s way, to put an obstacle between him and his enemy? Tread lightly, Batman, because not only do the lives of your son and trusted friends hang in the balance, but your entire home could collapse on top of you!

This issue contains a number of surprises. For the past several months, we saw that Batman had been beaten, brought lower than ever by Bane. However, in Batman #81, we learn that things are not as they seem.

King shows how smart Batman truly is by revealing that Batman caught on to Bane’s plan fairly early on. He then quickly formulated a plan that relied on him acting defeated and fleeing Gotham. Therefore, much of what we have seen in the past few months cannot be taken at face value.

This goes back to when Bruce took a swing at Tim Drake in issue #71. It turns out that Batman has developed and taught to his protégés a secret way of communication. “I teach them when we spar, how we can communicate through blows.”  He continues to explain to Catwoman, “The blow told the Bat-Family to go quiet, to switch to other, more secure comms.”

We also learn that Batman did so because he learned that Gotham Girl was working for Bane. So, he deliberately pursued Bane, so that he could be “defeated”, leaving him free to retreat and “find a way to defeat them outside of their watching eyes.” 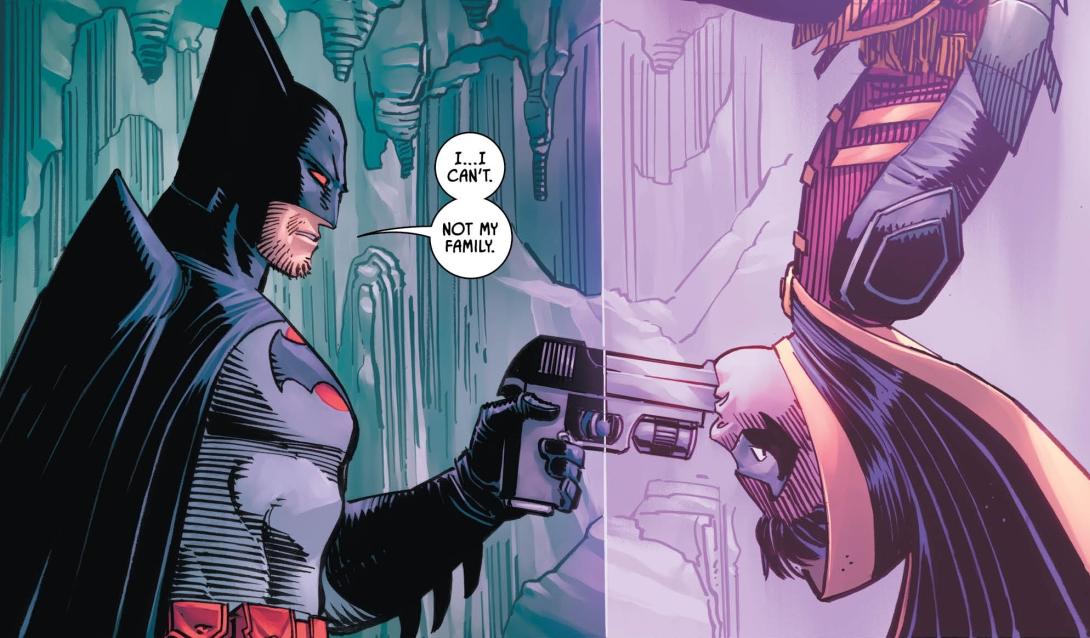 With this, King demonstrates that Batman is a master tactician, knowing when to accept defeat to better position himself for victory later. Batman knows that sometimes you have to lose the battle to win the war.

I was glad to see my pet theory about Alfred’s death confirmed. Batman tells Catwoman that he enlisted a “caretaker to watch over [Gotham], report back. And ensure the worst atrocities were not realized.” This is someone who can move unseen in Bane’s occupied Gotham: Basil Karlo a.k.a. Clayface.

Bruce also mentions that Alfred had escaped his father, creating a need for a hostage. But Alfred was apparently still in the clutches of the Flashpoint Batman when he was killed. So, it appears that my guess that Clayface or another shapeshifter had taken Alfred’s place has to be true.

I quite like the repeated references to Batman’s various protégés and associates as family. Batman even refers to them as the “Bat-Family” and as Damian’s “brothers and sisters.” Damian tells the ersatz Thomas Wayne that they are family, while he is not. Even the Flashpoint Batman himself calls them his “grandchildren.”

I do have a few quibbles. Firstly, I was a bit disappointed that this gathering of Batman’s family didn’t include his two eldest children, Dick and Jason. However, I understand that events in their own titles preclude their appearance. Therefore, I can’t hold this against King.

And, I have a bit of trouble believing that the Flashpoint Batman could overcome Batgirl, Batwoman, the Signal, Orphan, Huntress, and two Robins. He’s not exactly in his prime, and he never received the level of training that any of these heroes did. So, how did he manage to come out on top? Or did he? Could this be yet another fakeout? 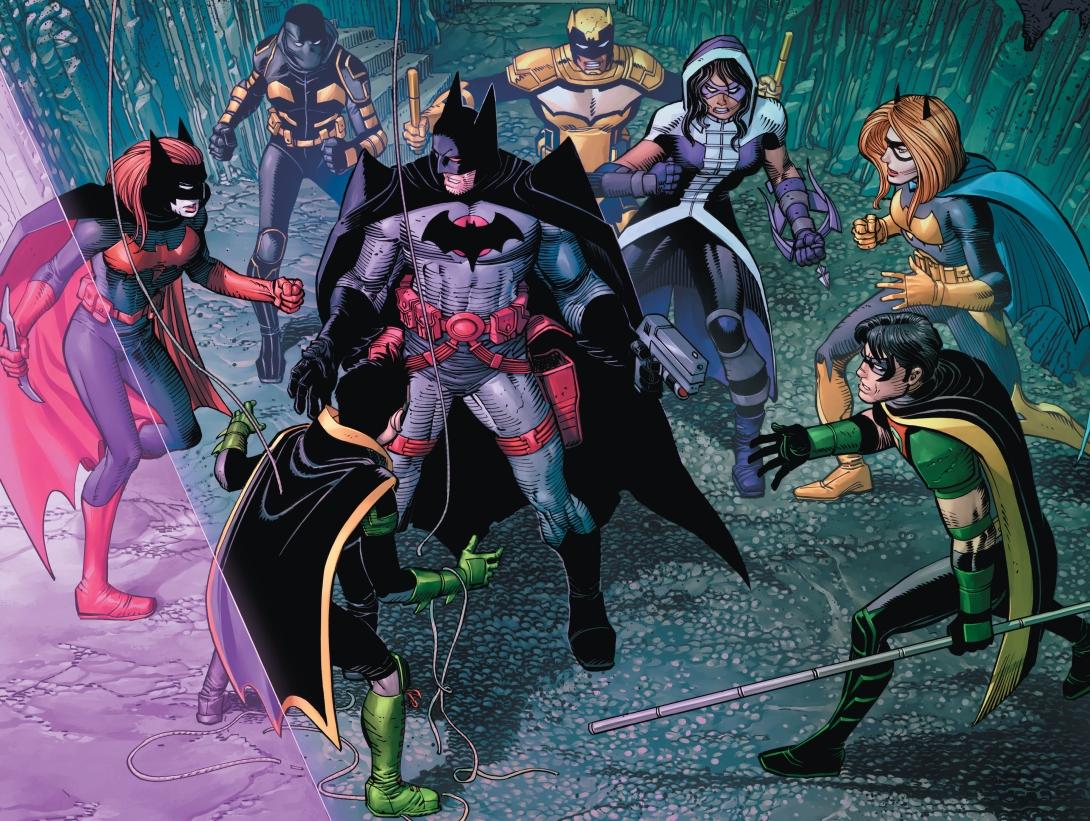 And finally, this isn’t entirely a negative, but the two page epilogue has to be the WTF moment of the year. We get treated to the unwelcome sight of a naked Harvey Bullock singing a parody version of “New York, New York.” He’s wearing a crudely drawn Joker smile as he sings beneath a giant version of the Doom symbol in the sky. So, this is apparently an intriguing, if disturbing, tie-in to DC’s Year of the Villain event. But for the sake of my eyes, Harvey, put some clothes on!

Naked Harvey Bullock aside, this is yet another great issue from King. The City of Bane storyline proves that King gets Batman, despite what the doubters may claim. Add some great art from legends John Romita Jr. and Mitch Gerads, and you get an amazing Batman issue.