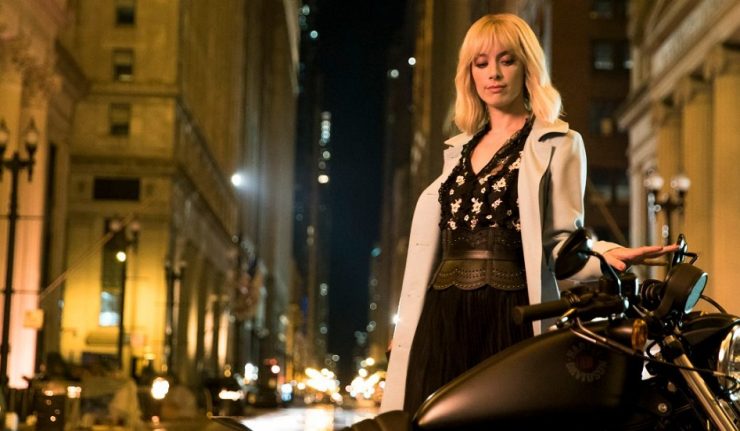 Review: Batwoman 1×02 “Down The Rabbit Hole”

Kate, now aware that Alice is actually Beth, races the clock to find her before The Crows do.

What worked in the pilot were thankfully maintained and this week new twists were thrown in from both main and supporting cast. The narration format that I praised last week was thankfully made a staple. The decision to frame the course of events via a journal-style message to Bruce serves two purposes: First, it spiritually connects Batman to what is transpiring in his absence and to his cousin. Second, it gives the viewer entry into the closed-off protagonist. Since this is taking place two years in the past, introspection works. Bookending it with a diary that Alice is writing to Kate is also a good bookend to this episode. It symbolically states to the viewer this is no family reunion, but a war between two sisters with the fate of Gotham in the balance.

Again, the fully-realized suit was held back. Stretching out the unveiling for next week works in that Kate is not a hero. She has no intention of making this permanent. Beyond that, establishing herself is not a priority either. Batman’s arsenal serves her only in finding an end to her lifelong search for Beth, now this deranged domestic terrorist. Dries is getting across to the audience that Kate’s search for her own path isn’t complete. She is not Oliver Queen, nor is she Bruce Wayne. It would have been too Power Rangers to have the hero completely assimilated into that role of protector. Also, name-dropping Wonder Woman leaves open the possibility of a CW appearance.

The exchange between the sisters in the park is now multilayered. Show creator Caroline Dries emphasized the focus on the bond between sisters. In the writing, and in performance, the viewer can sense they are trying to figure each other out. Further, both are trying to bring the other to their side of this philosophical debate. It also focuses on where Jacob Kane is emotionally, and how his viewpoints on doctored evidence puts him at odds with both of his daughters. The flashbacks serve to provide a counterargument to Alice’s beliefs that Jacob and Kate abandoned her. The revelation that Alice knows Kate’s is as engaging as the twist of Katherine Hamilton’s role in the theft of Alice’s knife in the Crows’ parking garage. What is her angle in this?

The fight choreography still needs work. Kate Kane is a soldier and has endured 15 years of survival training. It still feels wooden. CGI also feels off in some places. In other news, besides being moral support, how is Luke keeping the lights on in Wayne Enterprises? If he’s able to redesign the suit to fit a woman, why is he so inept at operating The Bat-Computer? Dries has inconsistencies in the writing to shake out. The Mary-Kate relationship is also mirroring Oliver and Thea too much. Also, the will-they-or-won’t-they feel of the final scene between Sophie and Kate feels forced. If Caroline is trying to create sexual tension, it’s not there yet.

I give this a 4 out of 5 this week. The writing has stepped up with twists in both the subplots and the main plot. Dries hits the mark in the sense that both hero and villain are now aware of each other’s identities. That creates a dimension that Batman and Joker didn’t have in previous live-action incarnations. Again, delaying the complete redesign of the suit works since Kate is still sorting out her priorities. I look forward to seeing it in action next week.