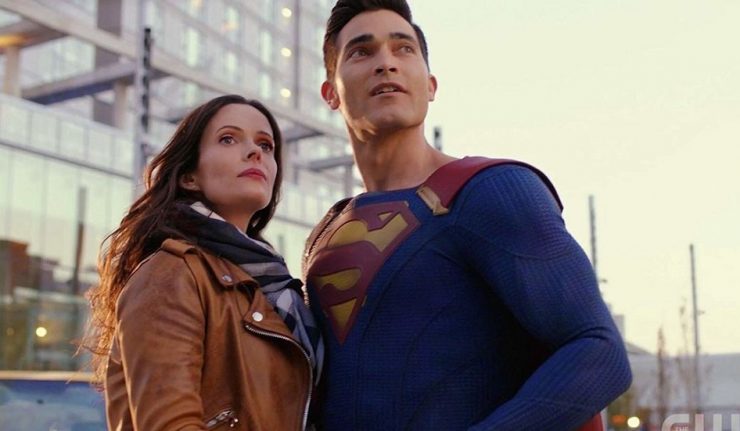 Superman and Lois will find a permanent home on the small screen once more.

From The Adventures of Superman to Smallville, fans have enjoyed 6 decades of excitement. Further, these series have made stars like George Reeves, Gerard Christopher, Dean Cain and Tom Welling household names. Now, after guest spots on the CW’s Supergirl, Tyler Hoechlin and costar Elizabeth Tulloch join those ranks in the upcoming Arrowverse entry, Superman and Lois.

What Can We Expect from Superman and Lois?

The series will be run by Executive Producer Todd Helbing. Helbing is the current showrunner for fellow Arrowverse show, The Flash. Further, it will be developed alongside Greg Berlanti, Sarah Schechter, and DC Publisher Geoff Johns. It will also join the Arrowverse alongside Arrow spinoff Green Arrow and The Canaries starring Kat McNamara.

Hoechlin debuted as Clark Kent/Superman during the second season of Supergirl in 2016. Previously he was a regular on MTV’s Teen Wolf, and portrayed Tom Hanks’ son in 2002’s film, Road To Perdition. Tulloch, meanwhile, joined the Arrowverse last year during the crossover event “Elseworlds.” Her previous TV work includes Grimm, Tyranny, and Quarterlife. She also had a role on the Will Smith film Concussion. She is the fourth actress to portray Lois Lane on live-action TV. Former Lois, Smallville actress Erica Durance, has found new life on Supergirl as Kara’s mother, Alura, after the role was vacated by Laura Benanti due to pregnancy. However, Durance will reunite with Welling this year, reprising their Smallville characters for the crossover entitled “Crisis on Infinite Earths.”

The series will focus on Lois and Clark juggling their new roles as parents while combatting the forces of evil through heroism and journalism. In the conclusion of “Elseworlds,” Lois had announced her pregnancy and Clark had proposed to her in the Fortress of Solitude. They then relocated to Argo City to await the birth of their child. (This subplot provided another reason to keep Superman off Supergirl, a continuous strategy to keep the spotlight on his cousin.)

There is no release date yet for the pilot.