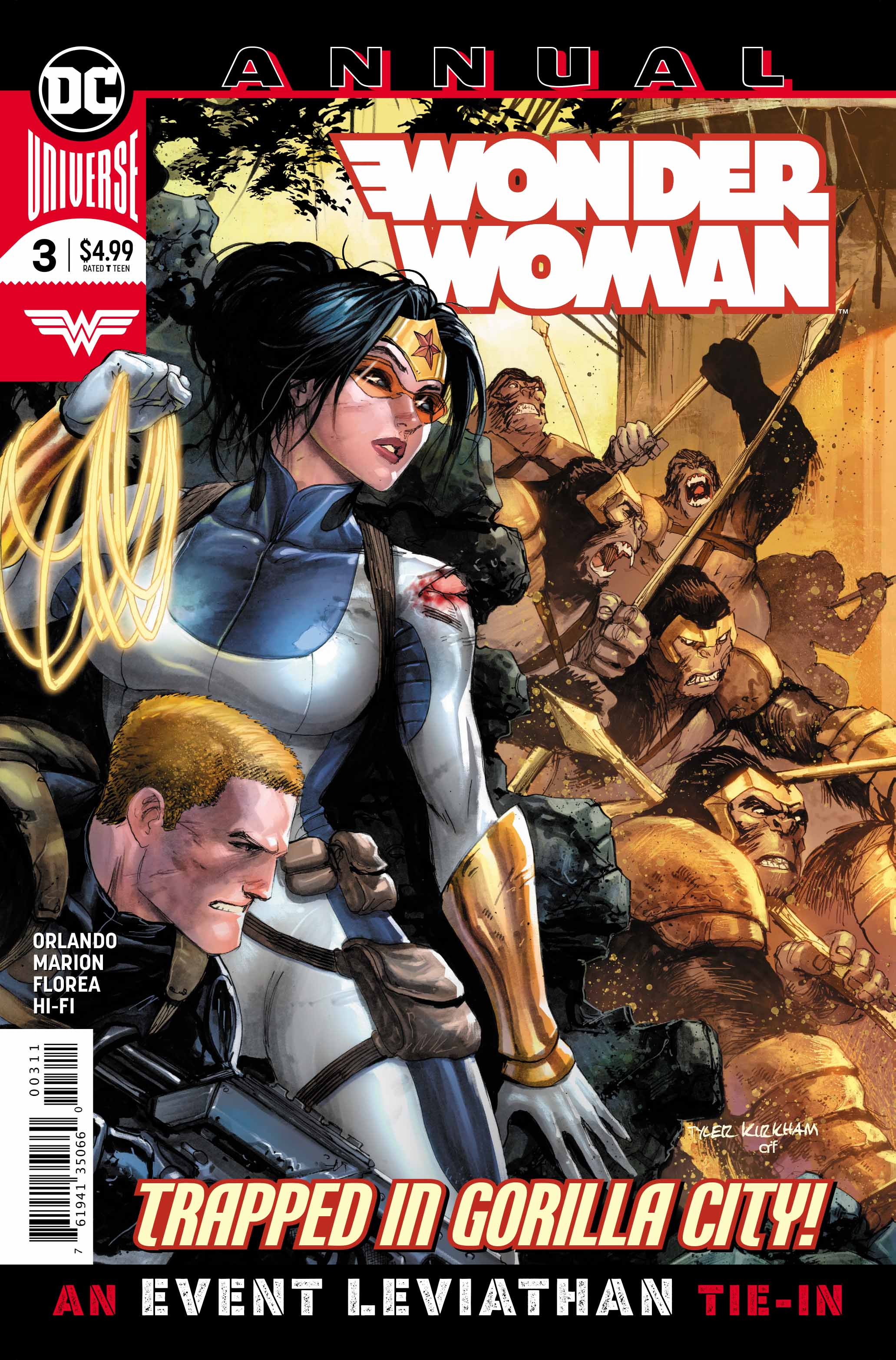 An EVENT LEVIATHAN tie-in issue! Years ago, Wonder Woman saved young Maria Paul from an explosive standoff between A.R.G.U.S. and the insurgent Sons of Liberty. By pulling that child from an inferno of hate, Wonder Woman changed her life. Diana watched Maria grow up into one of A.R.G.U.S.’s top agents. Every step of the way, Wonder Woman mentored Maria, taking her on her first mission – a daring rescue in Gorilla City. But when Leviathan decimates A.R.G.U.S., Diana’s absence causes Maria to question everything, pushing her toward Leviathan itself. And when she does… the truth about her fiery rescue by Wonder Woman might just kill her. 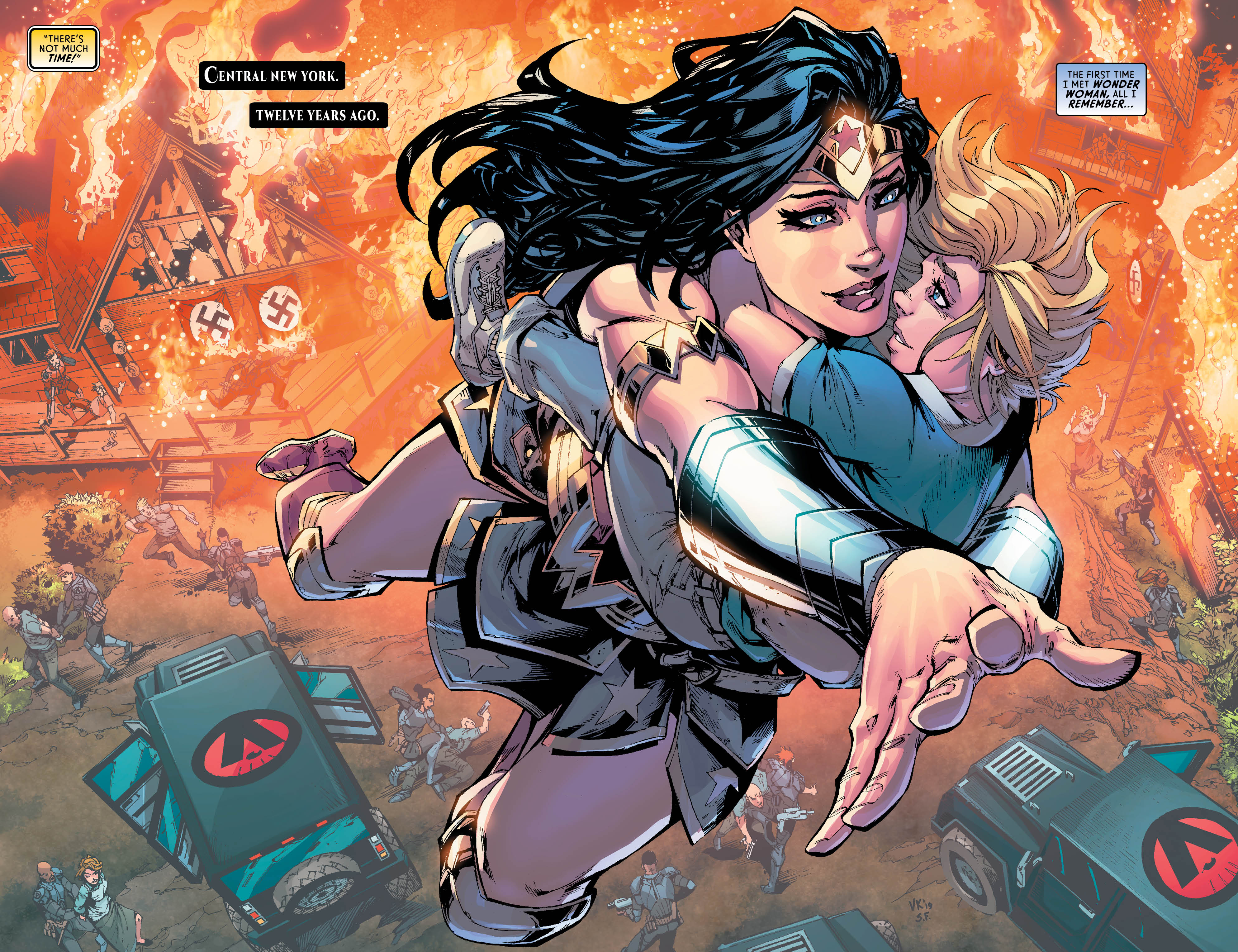 Tyler Kirkham and Arif Prianto’s cover is very cool. For one, it looks great. It sells tidbits about the story without giving anything away. Just from looking at the cover, I know it’s some kind of stealth mission in Gorilla City which is appealing.

The art is fine. It’s expressive and colorful. Stylistically, it’s not my favorite but it works.

I love that Diana has a stealth suit. One of my favorite things in the Lynda Carter show is when Diana would change costumes for different circumstances. I imagine it’s a reference to the couple of times Diana became a spy most notably in the 1970s which is fun.

I love when Steve Orlando writes Diana; he really gets this character. It’s great that she has no interest in whatever A.R.G.U.S. is doing. She is there to protect life anyone who threatens life is an enemy. She gives Grodd so many changes for peace before resorting to violence which I love. It’s also fun to see Wonder Woman fight Gorilla Grodd; I always like when heroes go up against the villains of other heroes. 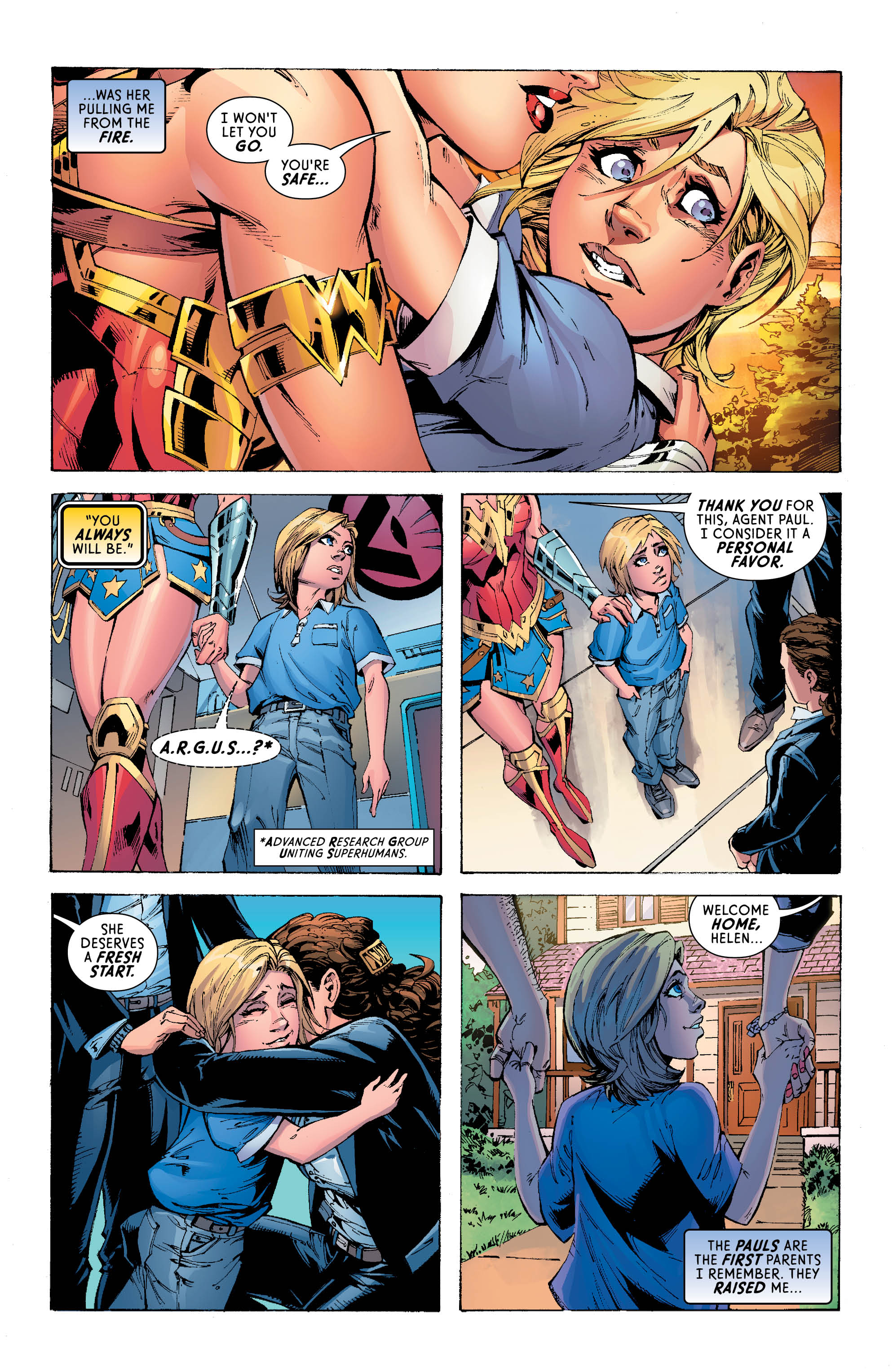 The ending is strange. For one, it feels out of place. The issue exists to tell us who Maria is so that she can play a part in Event Leviathan I guess. But who the character is set up as doesn’t jive with that. I don’t buy that the information she gets at the end would affect her so much; it’s more than a little contrived.

I hate that this is another tie in. G. Willow Wilson just finished a story that was all about whatever dumb DC event was recently going on with Lex. And then the very next thing is another event tie in. Can I please just get a Wonder Woman story? I don’t know what Event Leviathan is and I don’t care; I’ll read that book if I want to. Get your peanut butter out of my chocolate.

This is a fun and compelling issue until the ending. When it’s just a story about Diana and this A.R.G.U.S. agent she saved as a kid trying to protect the citizens of Gorilla City, it’s great. The writing is solid and it’s a lot of fun. The ending and the nature of this being a tie in takes it down for me. It’s still enjoyable for the most part but DC needs to relax on these big event stories.