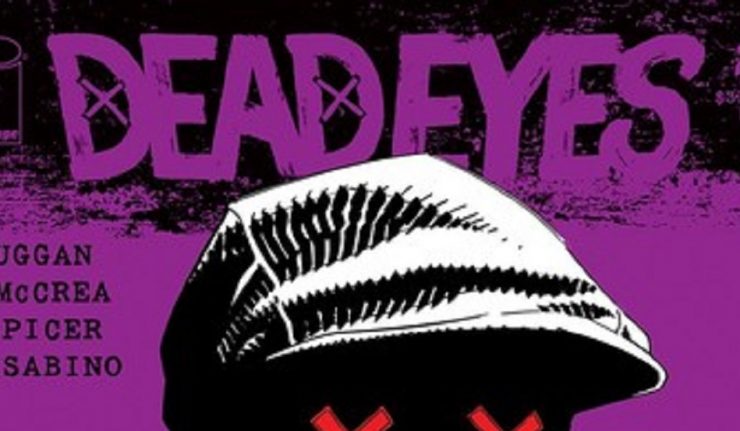 “I’m just here for the government’s paper.  Your money is insured.  You’ll get that back.  you will NOT get your life back if I have to take it!” – Martin Dobbs “Dead Eyes”

With his wife’s mounting medical bills Martin Dobbs is forced back into the mask. The first step to financial solvency: getting his crew back together. Unfortunately, his Wheel man makes a costly mistake and the job doesn’t go quite as planned in a mirror of a real-life incident that nearly killed the writer in Boston back in 1994. Whatever doesn’t kill you makes you money, that’s what Dead Eyes says! This issue contains previously published material.

Martin’s wife is in the hospital and a $67,000 tab has suddenly appeared.  Our local Robin Hood has to do some work in order to pay the bills.  Every person who lives paycheck to paycheck knows the drill.  If they could get one big score, then they could get some breathing room.  That is what Martin is thinking…maybe he watched some Breaking Bad episodes as well.  Oh wait.  This is set in 1994.

That being said, Martin enlists an old friend, Wheels, to take the driving duties while he robs a bank.  The rest of the issue is when the crap hits the fan.  It’s a good thing that Martin wears a mask so he doesn’t get any of the residual crap on him.  It pays to know who your old friends are and what they have been up to.  Drunk or diabetic, Wheels doesn’t help Martin out in this instance.

Writer Gerry Duggan seems to know the subject well as he paints a very desperate criminal in Martin Dobbs.  He’s a man who wishes he could go straight, but the straight and narrow path is fraught with no money.  That being said, his skill set is such that he is a modern day Robin Hood.  But Duggan paint a bloody path.  The moral thermometer is Martin’s wife, Megan.

She is aware of his past and wants him out.  But he cannot due to the expenses incurred from her health.  It’s a conundrum!

John McCrea abandons some of his shading in this issue ala Frank Miller Sin City and goes for a more current style of drawing!  That being said, this story was short on dialogue, long on silent action of a chase scene, and predictable a bit!

The website for Image almost gives the entire issue away, so Image should leave a little more mystery if they want Dead Eyes to succeed!

Dead Eyes is a great premise and it reeks a bit of Breaking Bad.  Right guy with the correct skill set who is doing things for the right reason but he is so so wrong!  There are many layers to this vigilante and I love his slyness and the way he can quick ID something that is not going right!  It is rare to get in on the ground floor of a new comic that really is going places!  I thought the pace in this issue slowed down a bit…possibly to introduce new characters at the end who are going to cause some more drama for Dead Eyes.  You decide as issue 2 pours more gas onto Martin’s situation! 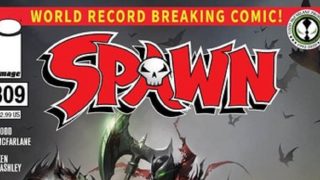