The Flash Finds Its Sue Dearborn

The executive team behind The CW’s The Flash finally provides a face for Ralph Dibny’s elusive mystery.

(Spoilers ahead for possible story directions, so be warned.)

Actress Natalie Dreyfuss has been cast in the role of Sue Dearbon. Dreyfuss is best known for her role on The Originals, as well as Secret Life of The Ameican Teenager and Aim High. Since the conclusion of season five, “The Dearbon Case” has been Ralph’s obsession as a missing person’s investigation. What better way for the master sleuth to find the love of his life?

Ralph Dibny: From Zero To Hero

Hartley Sawyer was introduced as Ralph Dibny during the show’s fourth season. Initially, Ralph was a disgraced cop-turned-P.I. whom a then-rookie Barry had busted for planting evidence. Five years later, now overweight and blackmailing people, Ralph was then endowed with incredible elastic abilties via dark matter exposure. Over the course of two seasons, guided by Barry and moulded by the team, Ralph has evolved into a competent investigator and superhero. Further, he has been humanized; no longer the guy at strip clubs or lecherously identifying Caitlin’s measurements, he became a life coach for Cisco following his breakup with Gypsy. He was able to see Eobard Thawne’s ultimate goal in the fifth season, which was a huge step-up. He is also currently helping Killer Frost assert herself as a person rather than Caitlin’s smoking gun. With all of this progress Ralph has made, he is finally ready to meet Sue.

Who is Sue Dearbon and Why Is She So Important? 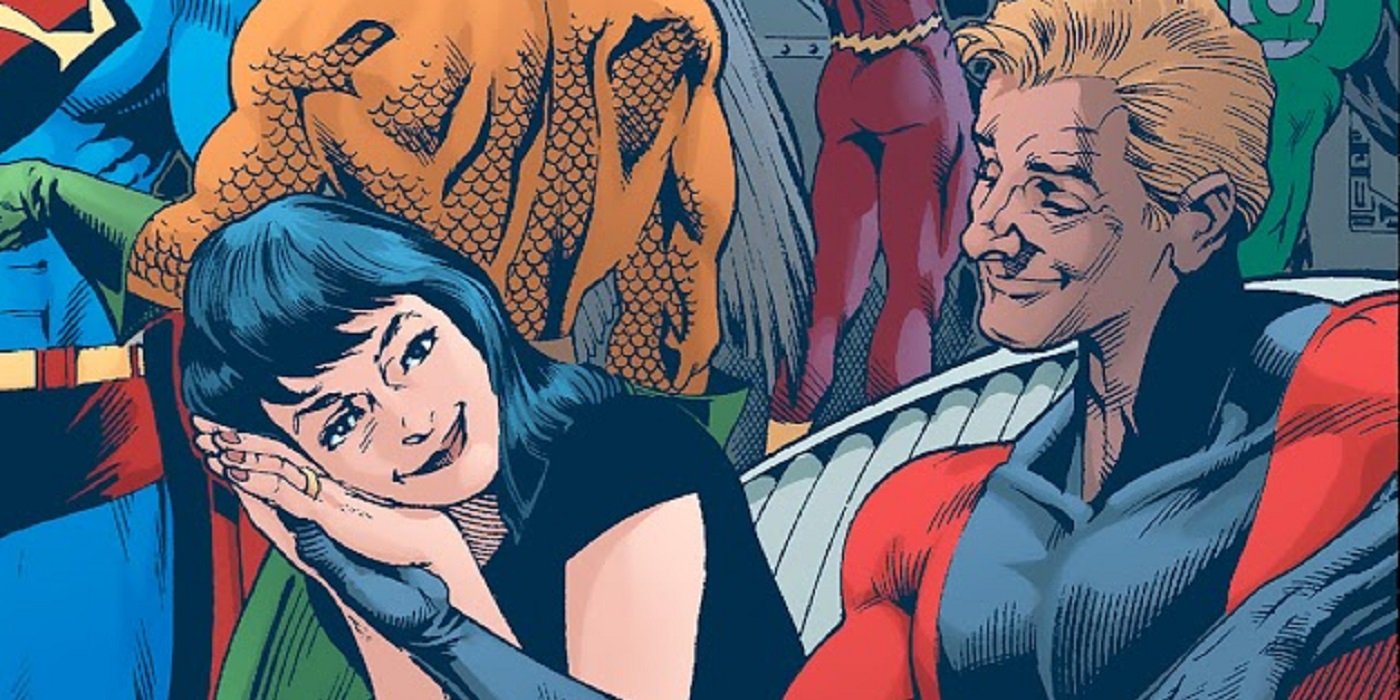 Sue Dearbon was introduced in the pages of The Flash in 1961. A socialite, she and Ralph had met at a gala event before he went public with his identity as The Elongated Man. The whirlwind romance finally led to marriage, and she was even made an honorary member and administrator of The Justice League of America. Sadly, in the miniseries Identity Crisis, Sue met her end due to Jean Loring – The Atom’s ex-wife- staging an incident via a spare costume to bring Ray back to her. Disoriented by shrinking and going through the phone line, she accidentally caused Sue to have an aneurysm that proved fatal. She then panicked and tried to destroy evidence of her being there by burning Sue’s body. What had made this more tragic was that Sue had just learned she and Ralph were expecting their first child prior to Jean’s attack.

A past event revealed in the course of the series that Sue had been raped by Doctor Light, who had broken into the team’s satellite headquarters. Naturally, he had been a prime suspect during the course of the investigation until the autopsy exonerated him. The event also uncovered a conspiracy inside the League that saw members take unorthodox approaches to protecting the team. The domino effect destabilized the team prior to the event Infinite Crisis. In the follow-up miniseries 52, Ralph – depressed and now depowered – ultimately joined Sue in death thanks to a magical artifact during his final battle with Felix Faust.

There is no official date as to when Natalie will make her appearance as Sue on The Flash. However, her name had been teased since the beginning of the sixth season and got major focus in the recent episode “License to Elongate.” The installment saw Barry and Ralph go undercover to infiltrate a casino to follow a lead on her whereabouts. While it instead became a 007-esque caper, it showed the lengths to which Ralph was willing to go to find the still-elusive Ms. Dearbon.

James Tynion IV Comes To Batman #85 – AHEAD OF SCHEDULE!!!