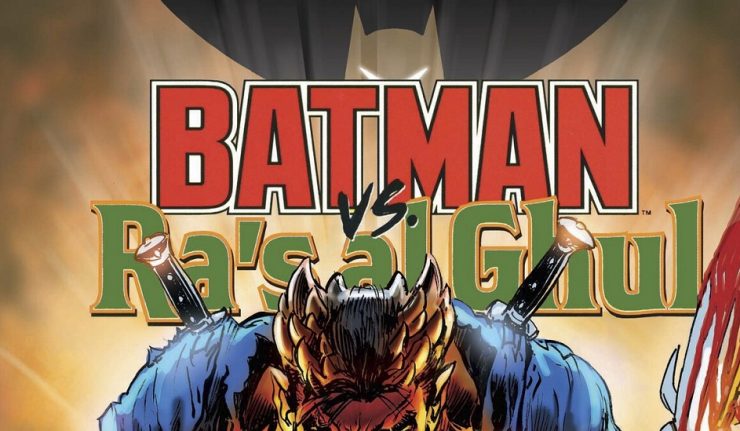 “Doesn’t this feel kinda like a Batman/Robin cartoon?” – Robin

While Dick and Jason are out patrolling and attempting to find out what has taken both Bruce and Damian’s memories away of being Batman and Robin, Bruce’s alter-ego Batman has manifested itself in Purgatory.  It’s a journey of epic proportions as Batman is battling to get out of Hell, and Ra’s Al Ghul has no intention of his departing.  And finally, the cadre of Robins figure out something is amiss with Alfred.  This is Batman Vs Ra’s Al Ghul.

There is arguably no one better in the illustration business than Neal Adams.  His drawing of all the Batman characters is spot on and really a measuring stick to what other artists should envision when drawing Batman, Bruce Wayne, Alfred and the list goes on.  His latest rendition of a war-torn Batman and Deadman is worthy of an art gallery.  His pencils display the best Batman and Robin renderings and are rivaled only by the meticulous drawings of Todd McFarlane.

Adams draws the best emotion faces in the business, and you can feel the true anger and pain in his renderings!  I could go on and on about the coloring, art, and back ground settings as his attention to detail in unparalled.  However, we have to talk about the script/story, and that moves us to another section.

It takes numerous readings to really figure out a Neal Adams storyline.  And even with this, I had to go back to prior issues to pick up a strand of what is going on.  A comic should be challenging to the reader in some ways as a mystery, but Adams wants to club pun after pun over our heads.

And those puns are misplaced, and not even needed.  In today’s world, we would expect a more high brow experience in our reading, but Adams is stuck in the “half face spider sense” world where it was inferred that everything must be explained.  For example, “Let me go into my Bat Utility Belt to get my Bat Glue!” as the drawing indicates Batman going into the his utility belt to retrieve such item.  Adams needs to recognize his readership has moved on from his campy scripts.

Stick to art!  Adams is one of the best, if not the best!  But a wordsmith, he is not!

An ideal plan would be for a Scott Snyder written and Neal Adams illustrated comic.  Now that would be ideal!