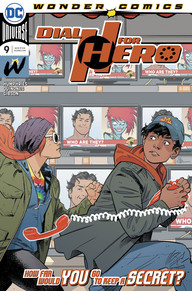 “Do I look like the kinda man who would order a Chai Tea.  What, are you from Smallville?”  Steve Lombard, resident blowhard at the Daily Planet to Miguel

Dial H for Hero # 9 clarifies your calling plan for a Hero!  Sockamagee!  Miguel and Summer take on their dual roles as youngest heroes and newest residents of Metropolis-but unfortunately, being a hero doesn’t exactly pay the rent! Meanwhile, Mister Thunderbolt and the Operator are in a race to claim the two remaining H-Dials, with the entire Multiverse hanging in the balance! 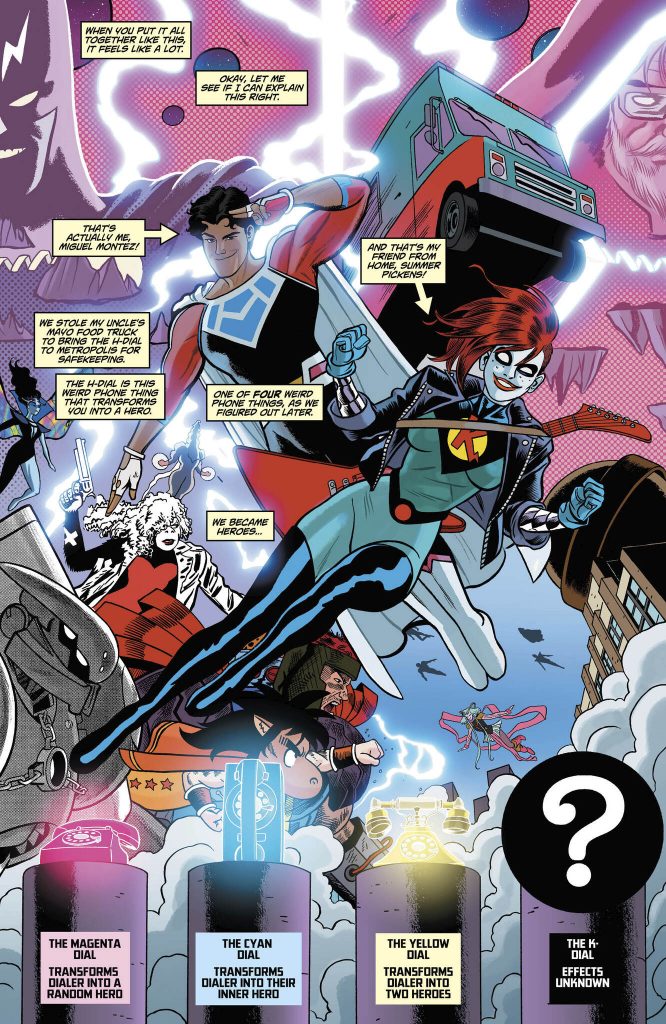 Joe Quinones provides a great road map in the beginning pages with this phone graphic to make it easier on readers and to catch everyone up to snuff!

Quinones also seamlessly goes from one artist homage to another seamlessly.  And he doesn’t need a dial to do it.  Some of the nods are towards Teenage Mutant Ninja Turtles or Cerebus.  His greatest attribute as an artist is the tribute he pays to these styles, but it also can be distracting.

And the early marketing gurus will appreciate “The Early Adopter”.  Privacy Sucker….Unsubscribe Button… and the dreaded Dark Web.  These are a social commentary of powers if there ever was one. 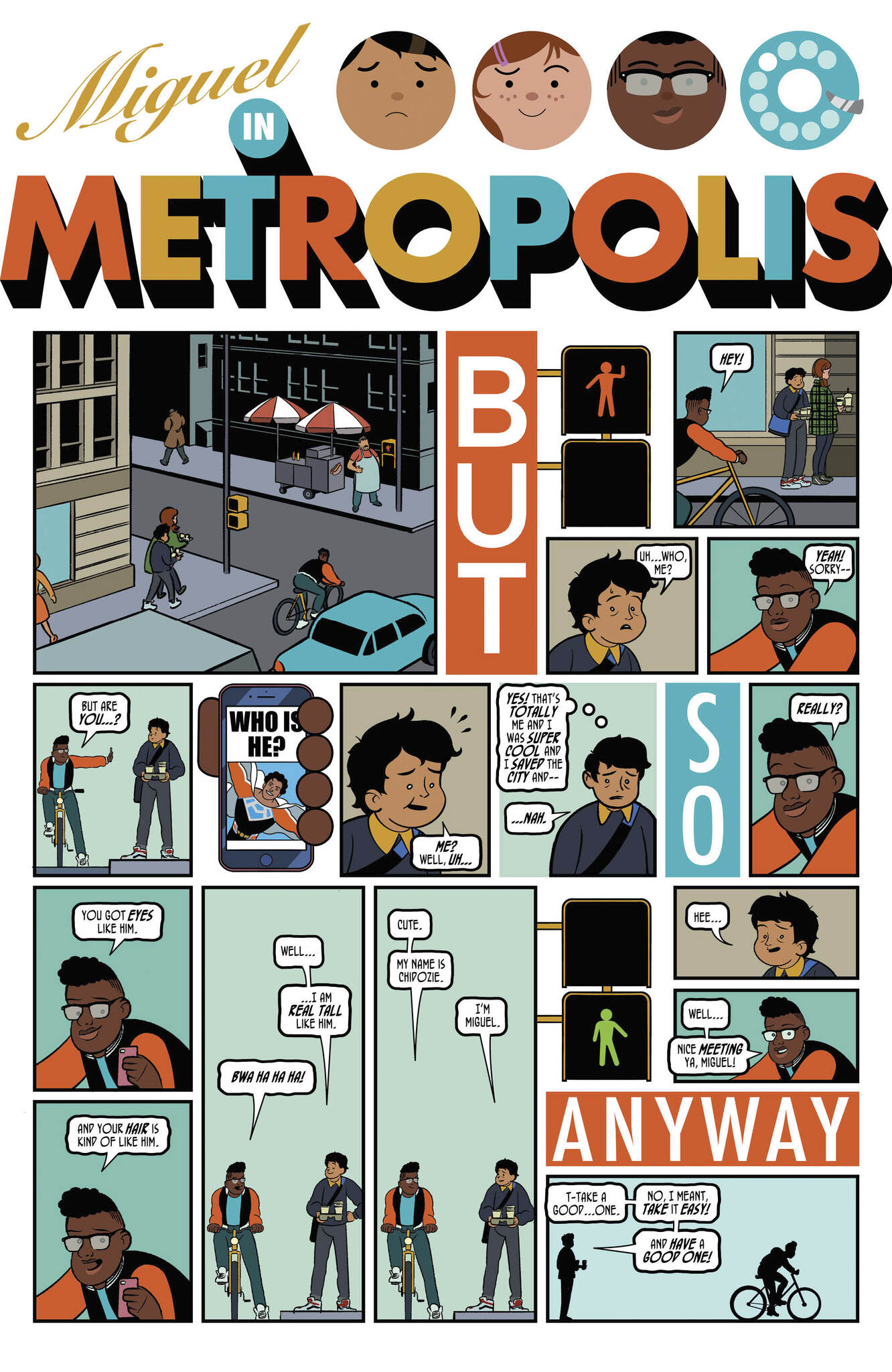 The comic is back on track as this one did not have the soliloquy of Robby Reed over explaining his motives yet not making any sense in his speeches.  He’s the ultimate duality of characters in The Operator and Mister Thunderbolt.

With that said, these issues all along are a feast for the senses of artistic homages.  Some may be your cup of tea and some you may not.  However, Quinones keeps on providing some pretty clever pencils. 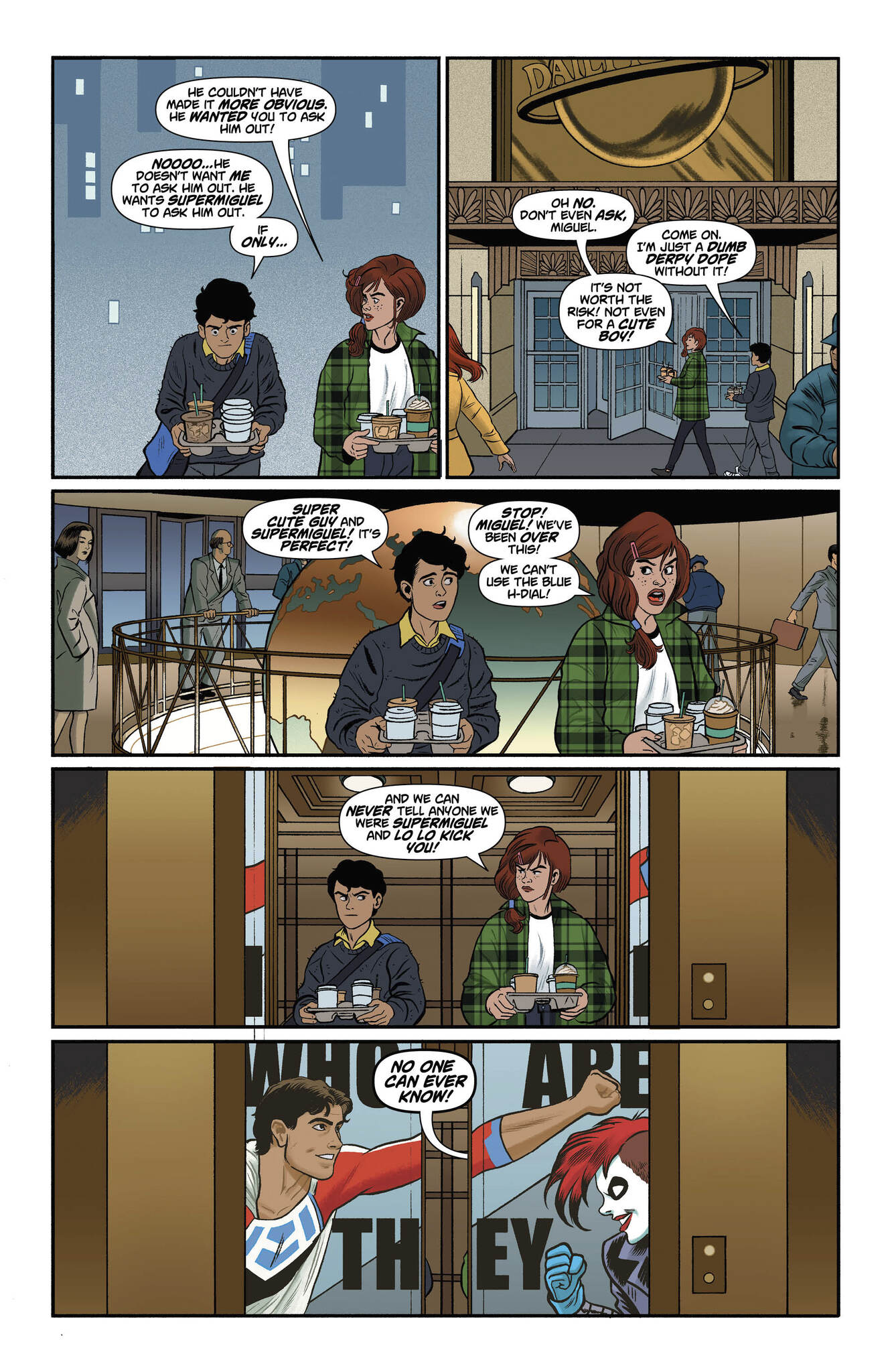 While this issue brought some issues to full circle (the allure of dialing the phone…any of the H phones  and Miguel’s motivation to help but at a cost), but I feel like things have been forced from a six-issue run to a longer stint.  And while I’m not sure how this is going to end, I don’t know that Humphries does either.