Review: Wonder Woman: Come Back to Me #5 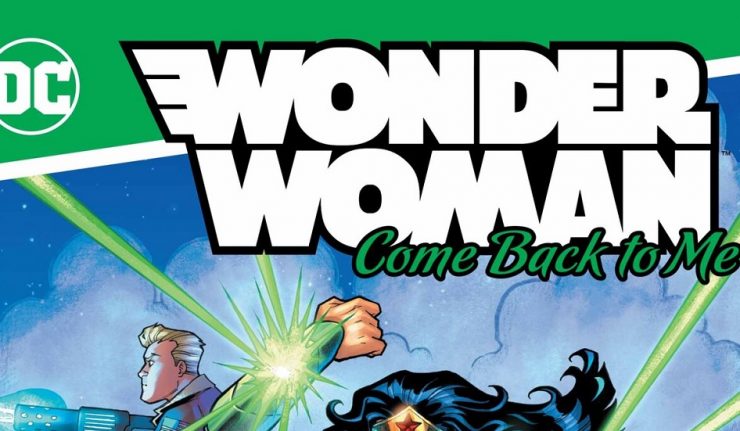 Review: Wonder Woman: Come Back to Me #5

Wonder Woman, The Cheetah, and Princess Sibella enter the aptly named Arena of Death, forced into combat in the name of extraterrestrial entertainment with Steve Trevor, Etta Candy, and Jonah Hex as spectators! But, the revelation of Sibella’s true motives changes the game entirely…Originally published in Wonder Woman Giant #4 and #5.

Amanda Conner and Jimmy Palmiotti pull back from the facade and connect the dots effectively in this issue.  The story is really well written and illustrated.  Tom Derenick almost has a Dan Jurgens type artistry to his illustration.  And that is a compliment as the pencils, coloring, clarity, are all there!  The drawings “shine”!

Trapped in a fictitious environment for the amusement of a princess that puts real life heroes and villains along with their loved ones in danger, what could go wrong?  Perhaps, the princess’s minions she oppresses leave her there?  Or perhaps, we lose Wonder Woman altogether.  That being said, I’m glad to see who (or what) is the real puppeteer in this strange story.  Princess Sibella has a real twisted sense of soap opera entertainment.

Arena of Death…how many times have we seen this?  The Roman Coliseum.? Mad Max:  Beyond Thunderdome?  Thor:  Ragnarok?  Now, Wonder Woman…this theme is getting overplayed.  The story line is a bit dated, and it follows a formula now that the curtain has been pulled back and we know what is going on.

Did it fool you?  Or did you recognize the formula of story telling?

Amanda Conner and Jimmy Palmiotti take us right to the edge and pull the curtain aside so we can see what has really transpired- amusement for a spoiled princess.  I’m looking forward to seeing how Wonder Woman treats the Princess now that they are in a “real life” and not in a virtual video game.