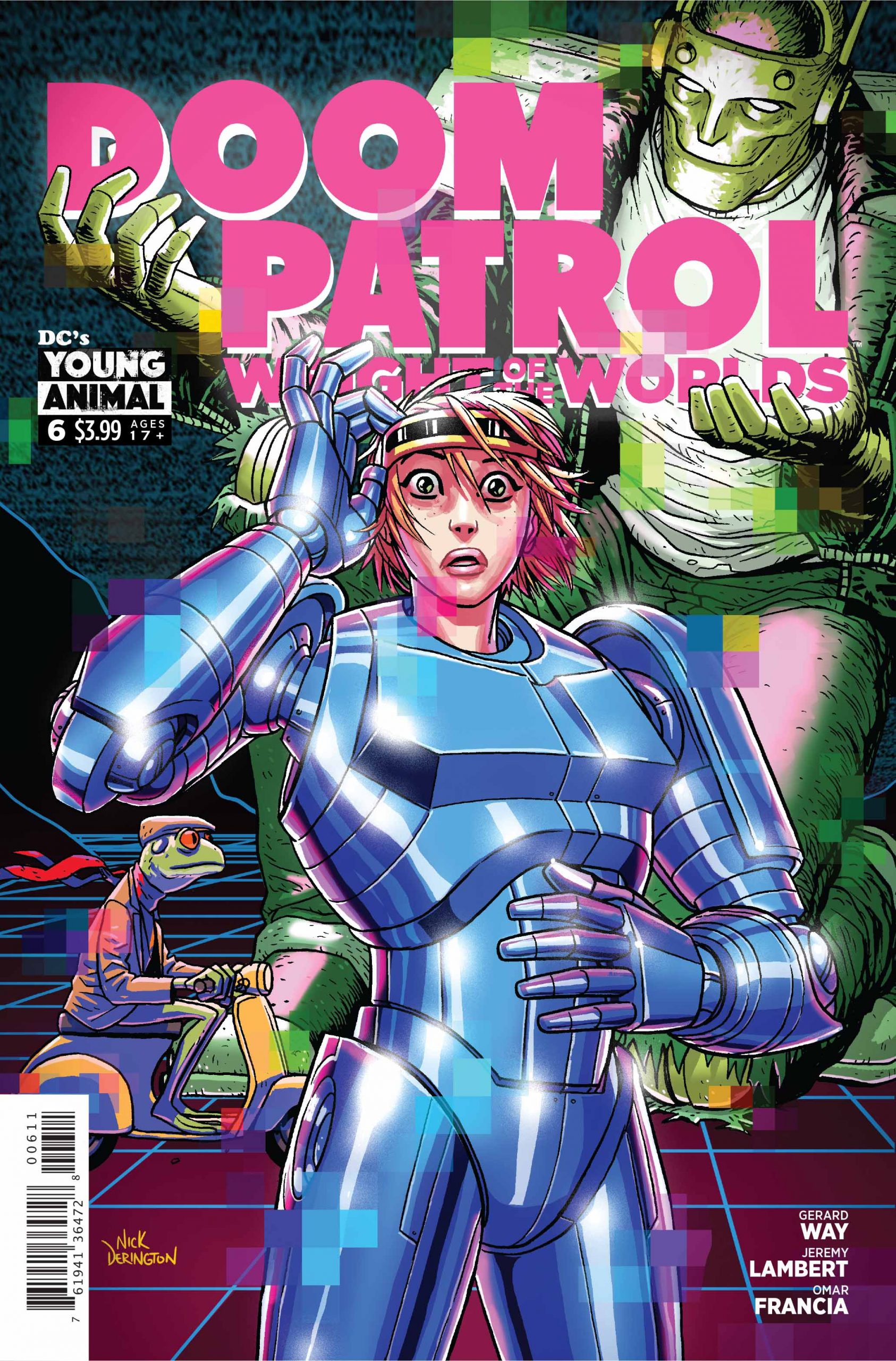 Robotman, now know as Cliff Fixit throughout the universe, is still on his mission of helping other, thus improving himself.  In Dannyland the rest of the Doom Patrol gets a distress call, the Bozumatricks has been compromised and is in danger of shutting down, trapping all in virtual reality forever…!

Cliff’s continued journey is truly inspiring.  It’s a a wonderful lesson about the power of helping others and its affect on the self.  Cliff’s massive upgrade in this issue is just that- the Power of Self.  While the metaphor is very obvious, it it does not diminish the impact of the message and the meaning. 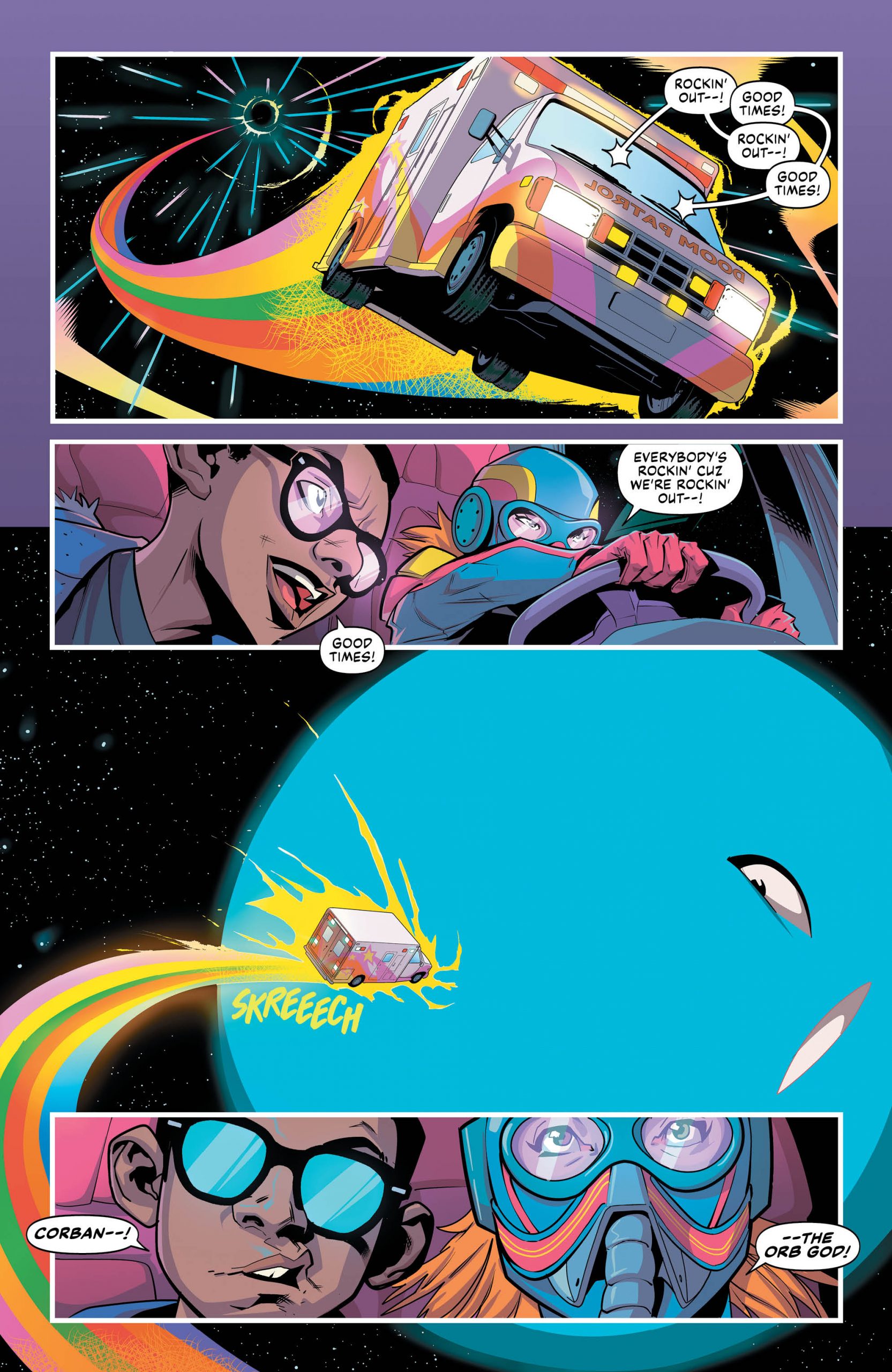 By the end of Doom Patrol: Weight of the Worlds #6, Cliff has upgraded to what appears to be a “Cliff-Star,” and is prepared to “fix” everyone and everything.  Now, this may not be accurate, but it appears that Cliff may be headed for a new lesson, as he embarks on “fixing” things on the grandest scale.  This may be the other side of the coin.  Cliff has been helping others who need it, but Cliff may be about to find out what happens when things don’t need “fixing.”

This is surely right in line with the self-help journey people go through in life.  They see others they want to help, but some of those people don’t always want that help.  Cliff’s final stage (next issue, presumably) may be coming to terms with that.  Now, that he has the power to “fix” everything, how does he use that power without overstepping his bounds.

The rest of the team faces their own version of a “social ill” in the remainder of the issue, as their story is a not so thinly veiled lesson on the dangers of leaving behind the real world for the digital world.  Casey, Jane, Larry, Rita and Lucius plug into the Bozumatricks to catch a virus that’s going to shut down the system and trap everyone that’s “inside,” inside the virtual world forever. 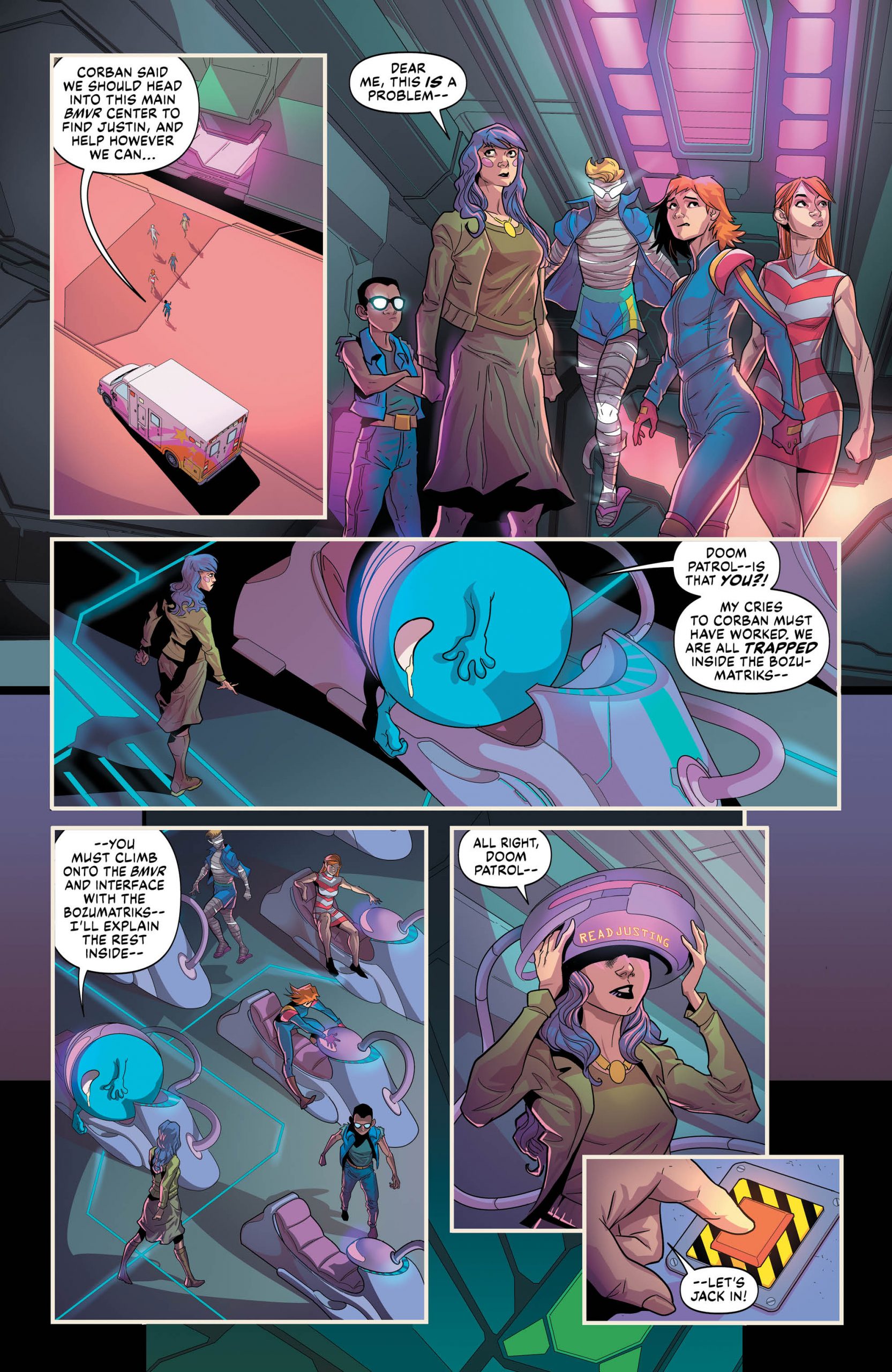 It doesn’t take a lot to see that this is another message/lesson on the dangers of getting stuck in virtual and online “worlds” in lieu of living one’s life in the real world with real people.  Whether it’s social media, online communities or video games, people can’t give up on real life and real relationships.  It might be tough, at times, but real life is important and shouldn’t be dismissed.

Finally, Omar Francia does a wonderful job of utilizing two completely different styles in this issue.  When the Doom Patrol goes into the virtual world, he transitions from a standard drawing style to a digital style.  It’s not sure what technique he’s using, but there are moments that recall the first every digitally produced comic, Shatter.  Shatter was an ongoing series that ran from 1985-1988 that was the first comic book to have all the art entered into the computer as opposed to later scanning techniques.

Francia’s approach is highly effective as switching between styles not only makes it clear what’s going on, but it enhances the storytelling, creating a different feel for the digital world.  It also heightens the tension as it becomes easier to imagine the characters getting stuck in the digital appearance and not returning to their standard “drawn” appearance. 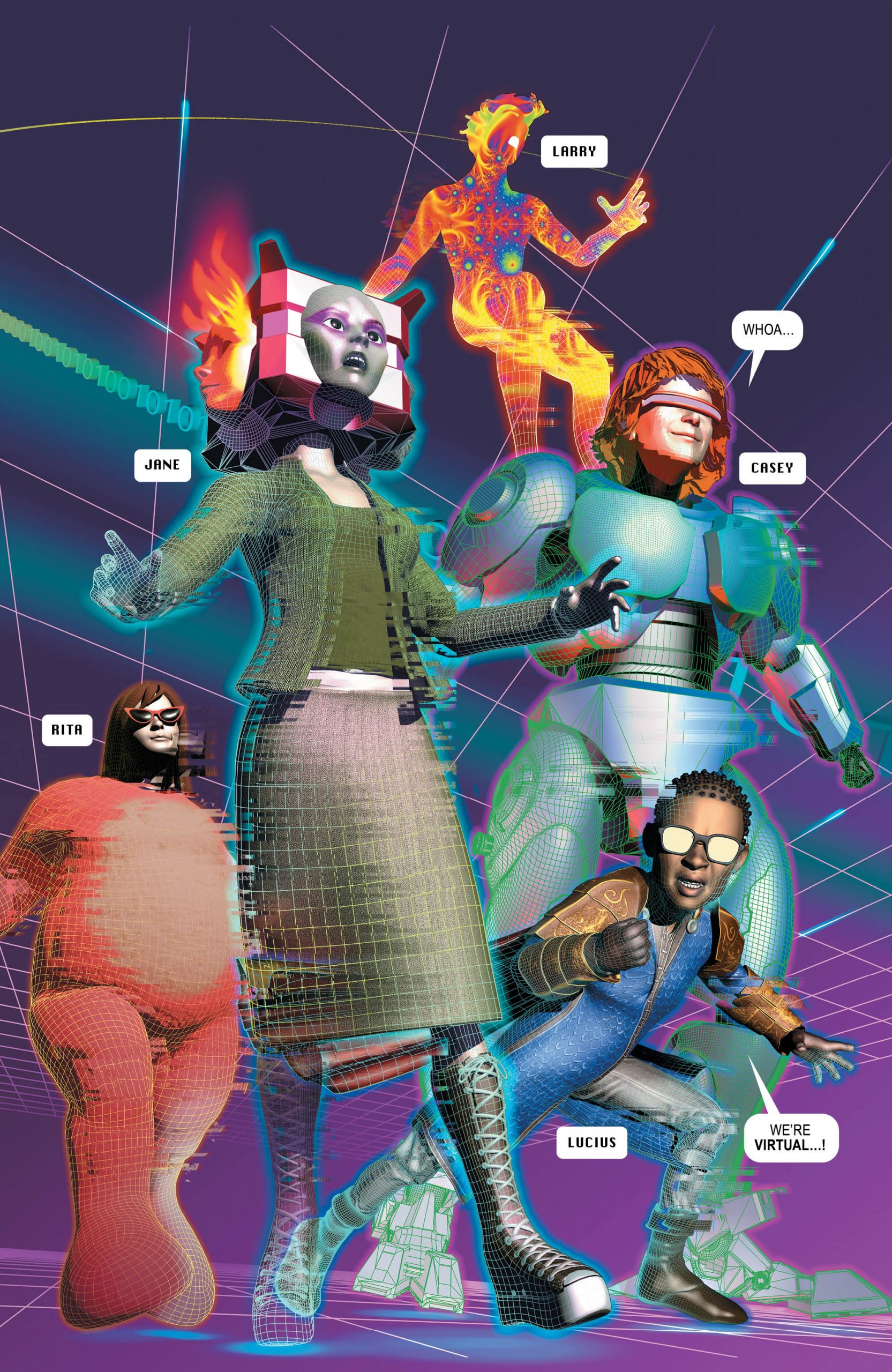 The only negative is that next issue will be the final issue of Doom Patrol: Weight of the Worlds.  Ralph Waldo Emmerson once wrote, “To be great is to be misunderstood.”  It’s clear that’s what’s going on with this series.  It’s a fantastic series that says something helpful about life.  It’s about as far away from the standard super-hero comic, as one can get despite, using the familiar language and motifs .  For this series not to be a critical and commercial success speaks to this conundrum.  This comic is truly great.

Despite the fact that only 6 issues of Doom Patrol: Weight of the Worlds will be published in 2019, hopefully, the greatness of this series will be recognised by professionals in the field.  Last month, Becky Cloonan and Michael Conrad’s Eisner Award worthy issue.   It seem like a no-brainer that when combined with Way and Lambert’s themes and approach on the entire series recognition is due.  They’ve worked in a recognisable framework to consistently create something truly unique and wonderful.