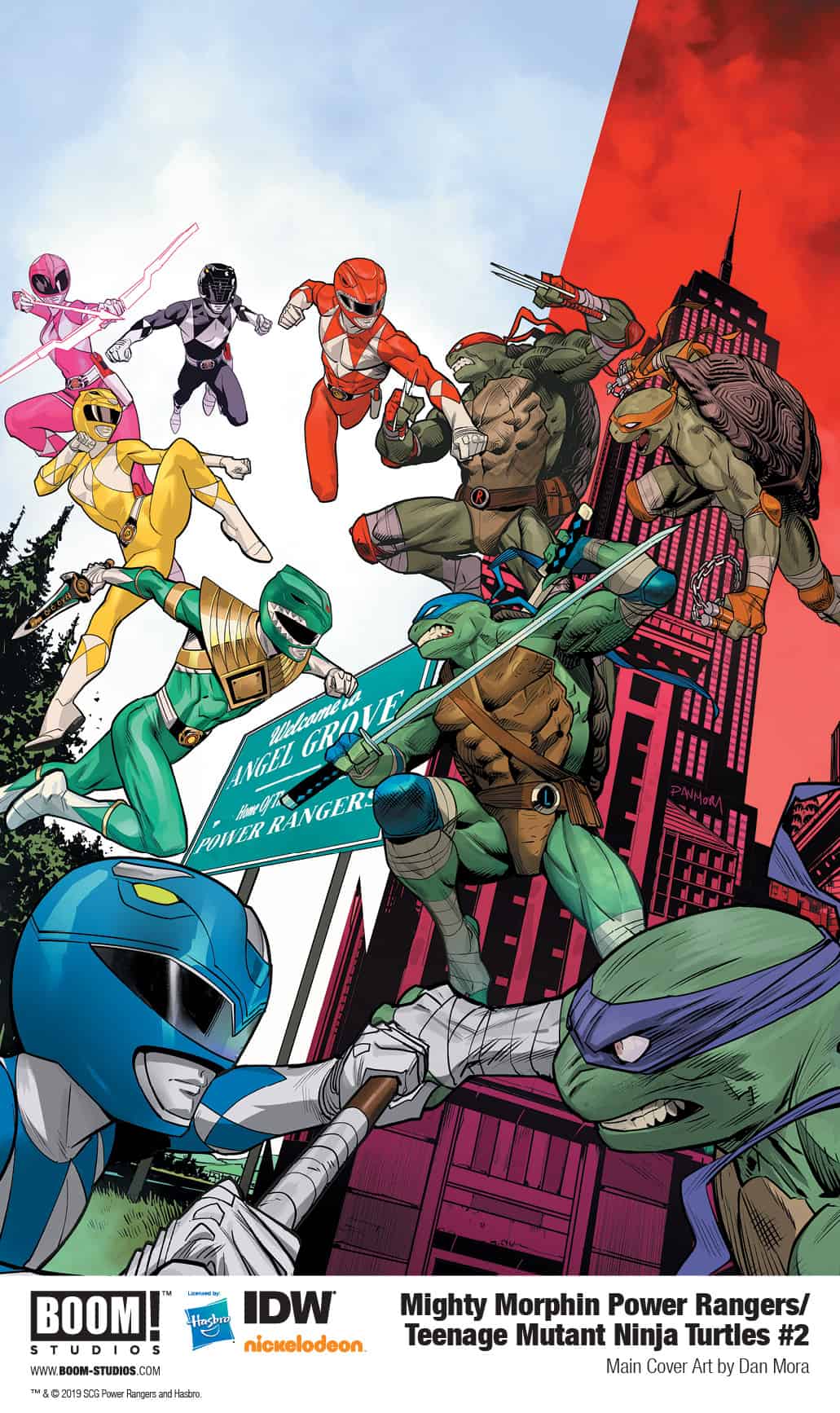 Tommy faces a shocking betrayal within the Foot Clan that puts him in the crosshairs of their leader – Shredder! But can the Rangers and Turtles put their differences aside before Shredder unleashes his ultimate weapon? No Rangers or Turtles fan can miss this shocking reveal that’ll change everything they’ve ever known!

The interior art is very good. I love the style. It has a lot of energy and fits both franchises well. I loved the design of April. Everyone has a distinct look and there are a lot of cool creative decision. I like that the opening fight is entirely focused on the weapons and the dialogue. That’s a great scene. 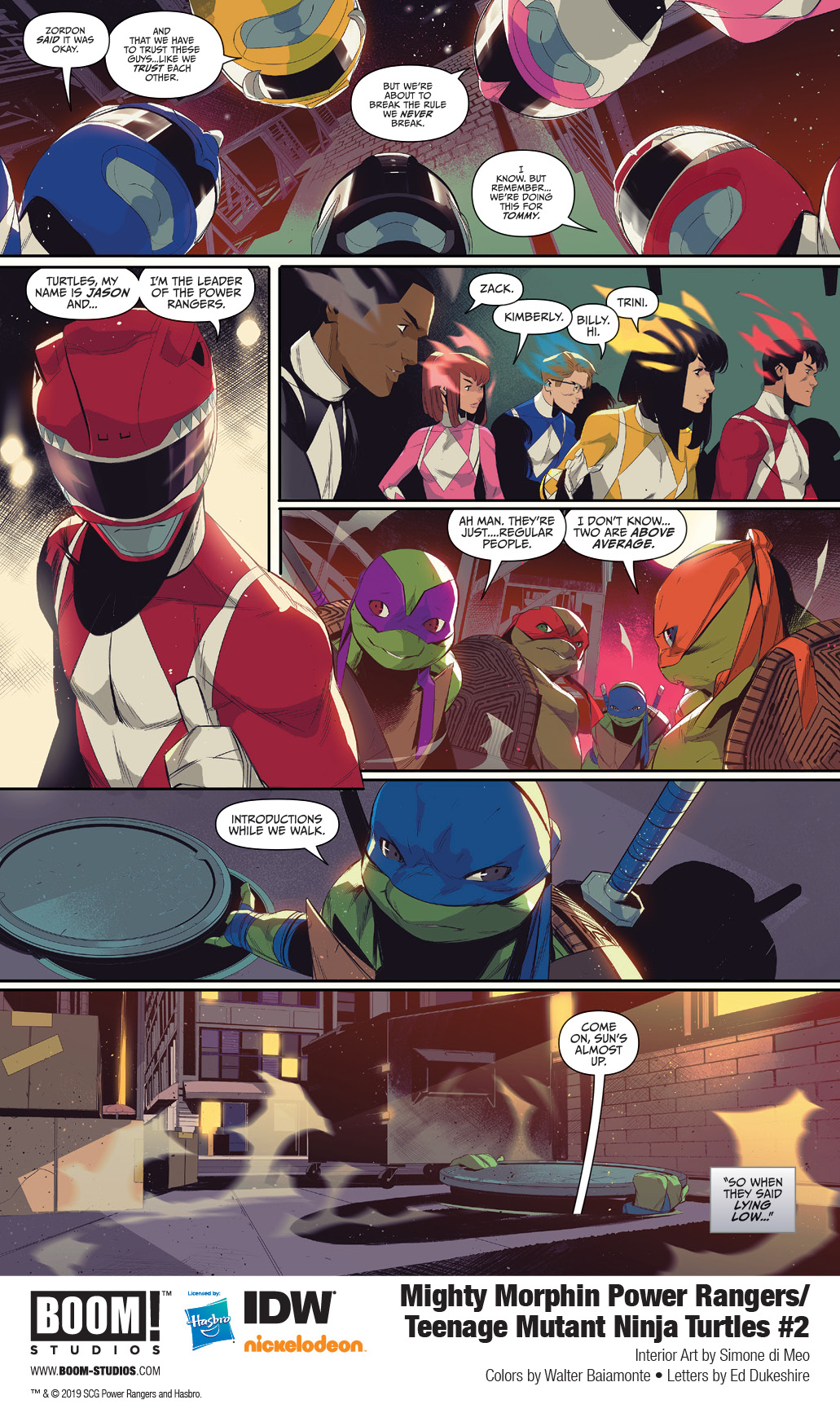 The dialogue is excellent. I legitimately laughed out loud multiple times. The interplay between every character is great. Zack and Michelangelo have a great conversation about pizza. There’s a point in which Donatello shyly tries to impress Billy with his inventions that is very sweet. The best moment  is an exchange between Jason, Leo and Trini during a fight with Karai.

I like Tommy’s motivation in this. And that he feels it’s something he has to do alone. Having this take place when he’s still the green ranger makes a lot more sense to me now outside of the creatives just wanting it to be the classic team. Tommy still hasn’t quite learned the team work and leadership skills he will get as the White Ranger. He’s rash and impulsive which sets very bad things into motion.

The ending is amazing. It’s not something I would have thought of. It literally never occurred to me and I’m a little ashamed about that. Because now that it’s happened, it’s such a cool thing to do that I cannot the story without this cliffhanger. Ryan Parrott is having the most fun with this crossover. 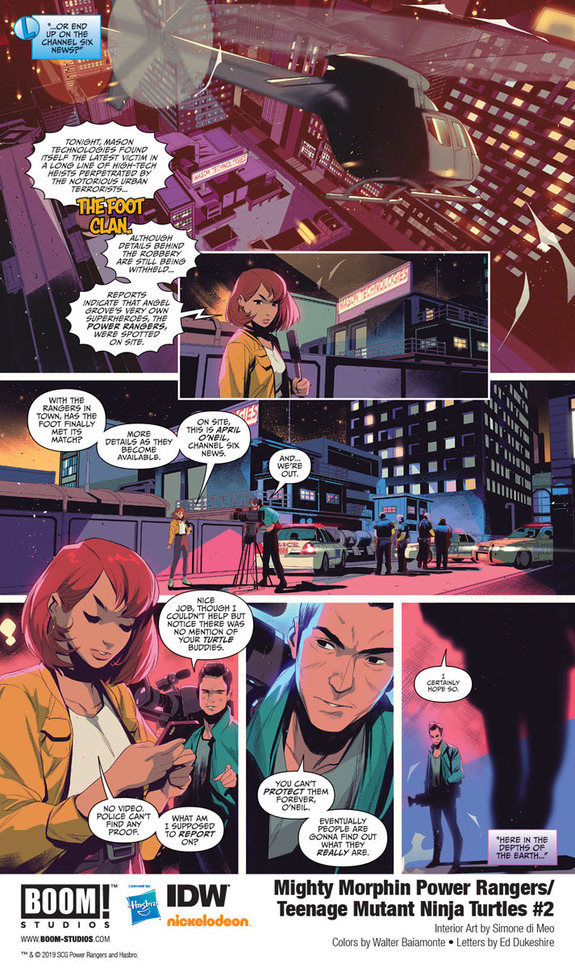 I don’t love the cover. It’s well drawn but a little awkward. I get the concept; the two teams facing are facing off. But because there are more Power Rangers than Ninja Turtles, Kimberly, Trini and Zack end up pushed weirdly into the background. It makes the cover look strange and crowded.

This issue is fantastic. The entire creative team is clearly having a blast with this material. The two series compliment each other more effectively than I previously thought they would. It feels so natural. I highly recommend reading this; it is so much fun.

Superman and Lois Series Officially Ordered By The CW