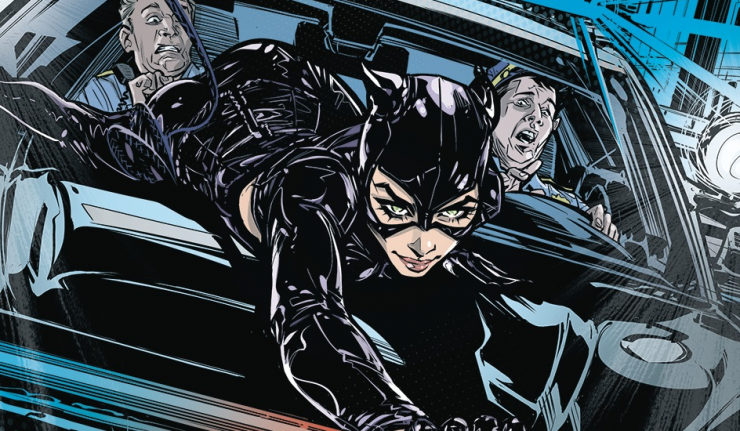 Should you have enjoyed what Action Comics #1000 and Detective Comics #1000 brought to the table in recent years, then you’ll dig what 2020 has in store. Not only are Wonder Woman #750, The Flash #750 and Robin’s 80th Anniversary celebration coming in January, February and March, respectively, but Catwoman is now joining that prestigious club as well.

That’s right, on April 15th, DC will roll out Catwoman 80th Anniversary 100-Page Super Spectacular #1, and this lifelong fan of Selina Kyle can’t wait. Much like the other milestone issues just mentioned, Batman’s special gal will likewise be granted variant covers chronicling her evolution over the decades.

Without further ado, here’s the official press release detailing the issue’s content, as well as which artists will supply those variants:

Since the character first appeared alongside Batman in 1940’s Batman #1, Catwoman has become an icon to millions of comic book fans. The undeniable magnetism between Batman and Catwoman has been one of comics’ most reliable constants: wherever Catwoman goes, Batman is sure to follow, if only to take her down. As deadly as she is beautiful, infamous cat burglar Selina Kyle uses her nine lives to walk the razor’s edge between light and darkness in Gotham City.

In a story that expands their monumental run, writer Ed Brubaker and artist Cameron Stewart will reprise their Catwoman collaboration with a new 12-page story, “The Art of Picking a Lock,” that takes place near end of their original dynamic story line that started with iconic storyteller Darwyn Cooke. And no stranger himself to writing dangerous antiheroes, Harley Quinn co-creator Paul Dini debuts a new character for Selina Kyle’s anniversary in a story about an exotic cat taxidermist who intends to add Catwoman to their collection!

In addition to Jones’s dynamic cover, fans and collectors can also look forward to eight variant covers spotlighting Catwoman throughout the decades, drawn by some of comics’ premier artists:

To be quite honest, I’m ready to buy most of those covers sight unseen just based on the incredible talents mentioned. And before we part ways, you may want to feast your eyes on a trio of images DC publicity sent over. Below you’ll find Joelle Jones’ cover, in addition to two interior pages. Enjoy!

Tags:Catwoman
share on: FacebookTwitter Tumblr
previous article
Crisis on Infinite Earths’ Cameo connects the DCEU to The Arrowverse
next article
Review: He-Man and the Masters of the Multiverse #3