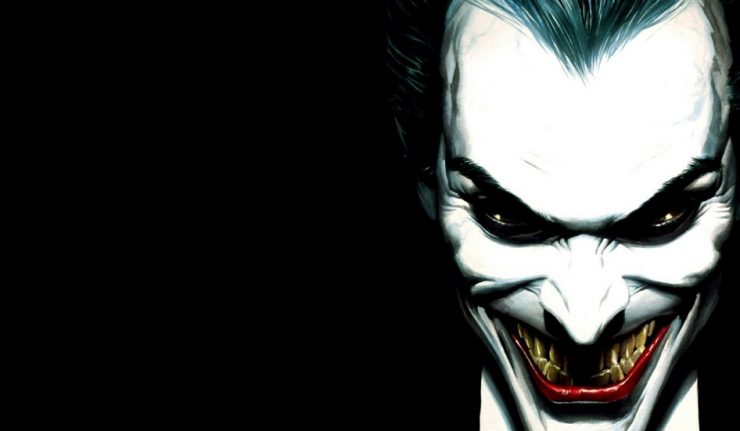 The Joker 80th Anniversary 100-page Super Spectacular #1 is arriving in time to spring forward with a smile.

Yes, The Clown Prince of Crime’s 80th anniversary is here, and DC celebrates with crowbars swinging.  Published in Prestige format, the issue will feature work from classic creators such as Dennis O’Neill, Lee Bermejo, Brian Azarrello, Scott Snyder, Jose Luis Garcia-Lopez, James Tynion IV, and many others. The Joker as amassed eight decades of madness and story, and this one-shot promises a plethora of his best. The stories focus on the impact this anonymous rogue has had on every corner of Gotham City, from the GCPD to Arkham Asylum.  Also, expect variant covers to come from the talents of David Finch, Jim Lee, Bermejo, Gabrielle del Otto, Bill Sienkiewicz, and more.

Who Is The Joker and Why Is He Such a Big Deal?

Created in 1940 by Bill Finger, Bob Kane, and Jerry Robinson, this initial one-time villain grew to become the Dark Knight’s most enduring and complex of villains. Out of all of Batman’s enemies, the Joker has managed to hurt the Caped Crusader physically and personally. From the crippling of Barbara Gordon to the murder of Jason Todd, and the poisoning of Duke Thomas’s parents, the Bat-Family has long suffered at the hands of this agent of chaos in the comics. He has also terrorized the likes of Superman and The Justice League, and is the one villain that groups like The Injustice Gang or The Legion of Doom won’t dare trust or work with. His most endearing trait has been his lack of a backstory; it has been indicated that he, himself, no longer remembers who he was before that fateful day at Ace Chemicals. The only consistent factors were his time as The Red Hood, his encounter with The Batman, and the plunge into a vat of chemicals in his escape. It has also be hinted by writer Geoff Johns recently that there are, in fact, three Jokers rather than one. Time will tell.

Brought to life by actors such as Cesar Romero, Jack Nicholson, Heath Ledger, and recently Joaquin Phoenix, the clown’s barely ever been out of the public eye. In fact, the recent 2019 film Joker has earned Phoenix a Golden Globe win and has been nominated for Best Picture for not just the Globes, but the upcoming Academy Awards. Heath Ledger – the actor who had portrayed the clown in 2007’s The Dark Knight – won Best Actor for his groundbreaking portrayal posthumously. He’s even dominated animated and video game format voiced by the legendary Mark Hamill from 1993 onwards. Speaking of, through The Joker’s need for a gang on the show came the classic villainess-turned-antihero Harley Quinn, created by Paul Dini and Bruce Timm as a one-time supporting character in “Joker’s Favor.”

The Joker 80th Anniversary Super Spectacular #1 brings its smile to the stands on April 21, 2020.