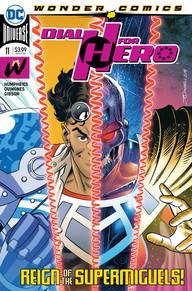 Dial H for Hero #11 finds Miguel and Summer’s quest for the H-Dial taking them to the most dangerous place yet: Apokolips! But even with victory so close, Mr. Thunderbolt always has one more trick up his sleeve… 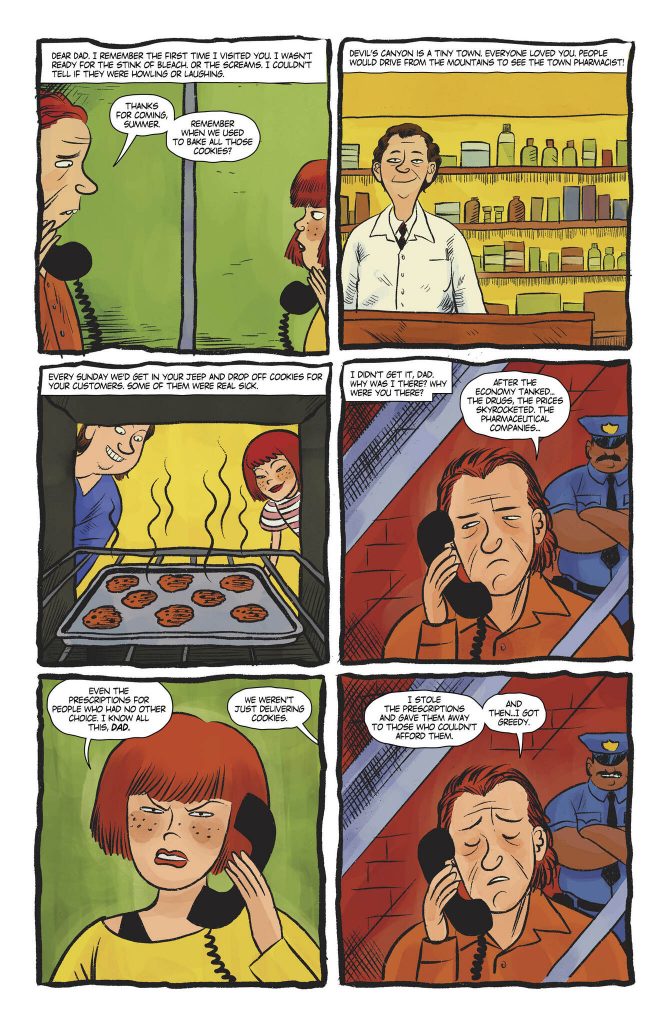 Humphries has more duality issues in this comic than an entire yearlong series of Batman versus Two-Face.  Robby Reed versus Mr. Thunderbolt, Miguel (in various incarnations) versus Summer (Lo Lo Kick You…..”I still don’t get this one!”), and ultimately, Miguel becomes an homage to the Red and Blue Supermen (Thunder Montez and SuperMiguel).

We are able to get some back story to Summer’s plight that will not be spoiled here, but as you can see from the graph, each page appears to be a devoted puzzle piece to not only all the Dials, but also to various artists in the vein of Manga to Dan Jurgens.  And that is when we turn the page to Negatives… 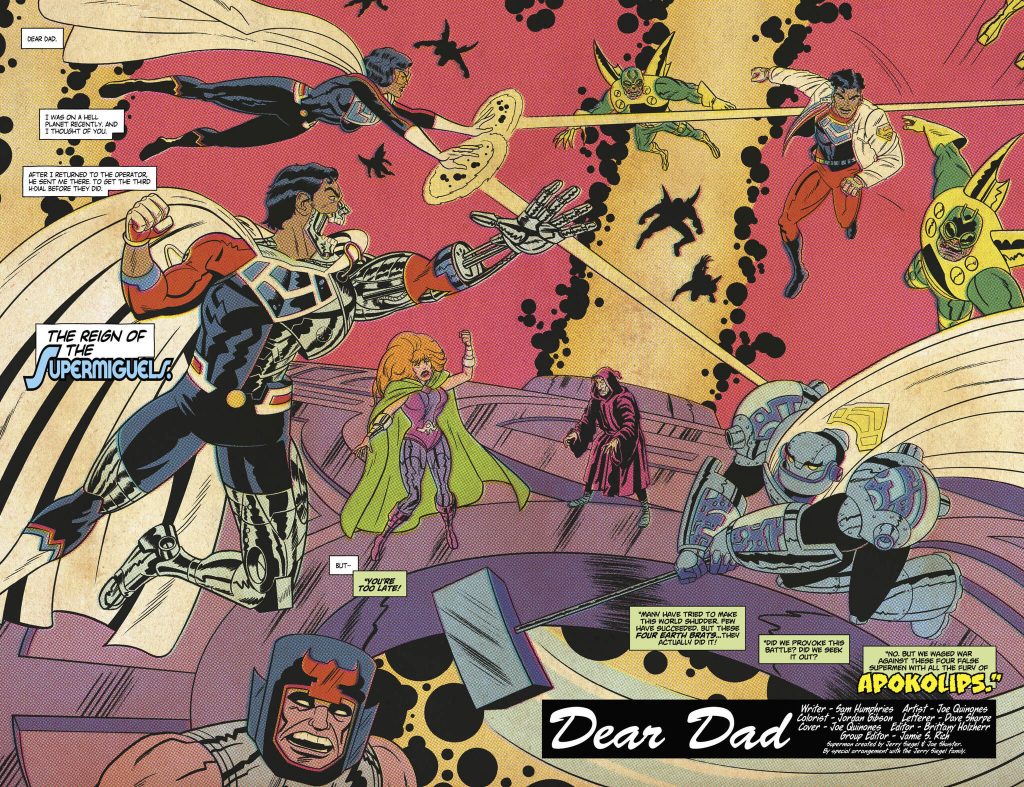 “This is the best issue yet of the entire series.  Dial H is back here it needs to be!” – this was what I wrote about Issue #10.  Now, I am staring at issue #11 and more confused as ever.  It’s too much.  History is going to be reset.  Miguel has gone from one Super Miguel to Four Super Miguels and back to two Super Miguels.  It’s like Humphries really enjoyed that entire time line of Superman issues and wants to cram it into two or three comics.

Given that “busyness”, you also get all the drama between Summer/Robby Reed versus Miguel/Mr. Thunderbolt.  And by the way, Robby Reed and Mr. Thunderbolt are the same….but different.

It’s going to take more quarters and another Pay Phone to undo all the mess that these dials (and Mr. Humphries) has released. 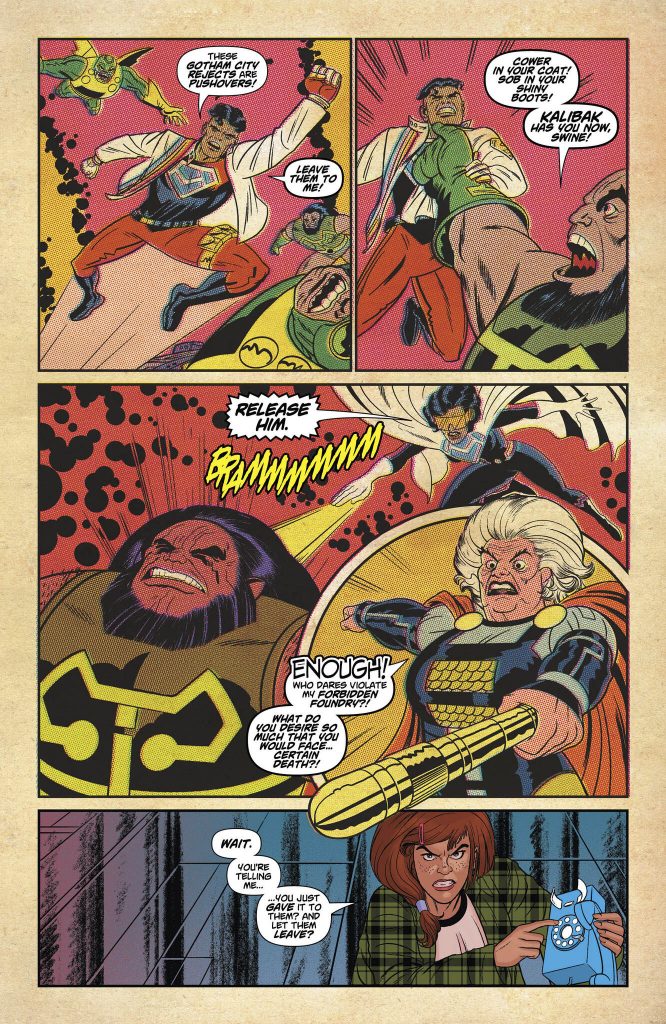 What started out with Miguel’s quest to be a hero has ended up being an odd maze of characters and a thinly veiled plot line to coincide with the recent issue of Justice League in what may be a major “reset’ in time lines.  To borrow a phrase from an old phone book commercial, “Let your fingers do the walking!”  Unless you have some nostalgia for The Reign of the Supermen, walk on by this one.  It’s a 12 issue series and next issue will wrap this up.  I hope Miguel and Summer find a home in Young Justice as this ride has been tough.

The Batman Will be “Crazy and Perverse,” Says Pattinson