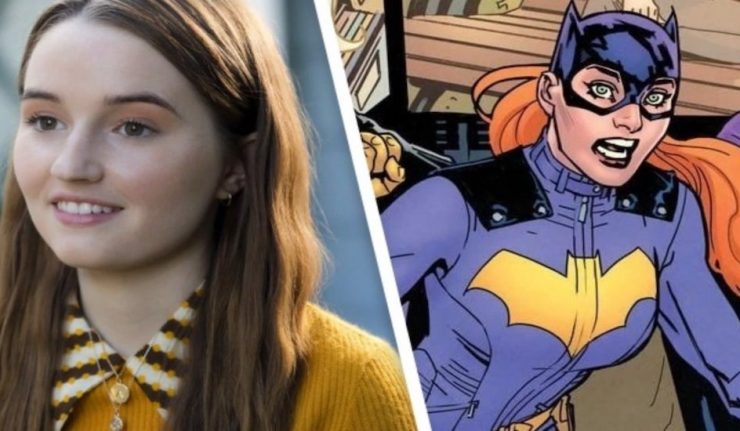 All of the talk this past weekend fell directly on DC and Warner Bros Entertainment.  With Birds of Prey debuting in theaters and Joker being eyed for eleven Oscars on Sunday night, it was a big weekend for everything DC and especially Batman.

While the entire entertainment world was watching as Joker nabbed two Oscars, the Bat-family talk spilled out onto the red carpet just a few hours earlier.

Kaitlyn Dever responds to those #Batgirl rumors: "I would be so down" | #Oscars https://t.co/J2YWzrSeu8 pic.twitter.com/f4eBELESb3

Kaitlyn Dever (Booksmart) was asked by Variety about rumors that she was in talks to play Barbara Gordon aka Batgirl.

Despite denying that she has any knowledge on if this rumor was truth or not, Kaitlyn did admit she was quite into the idea of playing the female Bat-family member.

“Oh, you know, I’m not gonna deny anything, but I would be down.  That’s all I’m sayin, yeah.  No, there’s nothing going on, I’m just reading all of this stuff and I wouldn’t pass that up, that’s all I’m saying.  I think it’s an incredible Batman, I don’t know if there’s controversy over that, I’m not in the news, I don’t watch the news.  He’s (Pattinson) an amazing actor, perfect Batman in my opinion.  That would be sick, that’d be really cool.”

Now, denial is something that comes with casting rumors.  Who could forget how many denials Jason Momoa threw at the media when talk of him playing Arthur Curry aka Aquaman were swirling around.

What isn’t a secret is that Batgirl is in early development with Christian Hodson (Birds of Prey) still being rumored to be working on a script for the film.

Like I’ve pointed out numerous times before, where there is smoke there is fire and with the script still in development, a Batgirl film labeled as a priority at Warner Bros and now major casting rumors floating around it is only time before the flood gates open and we get non-stop news surrounding a solo outing for Batgirl.