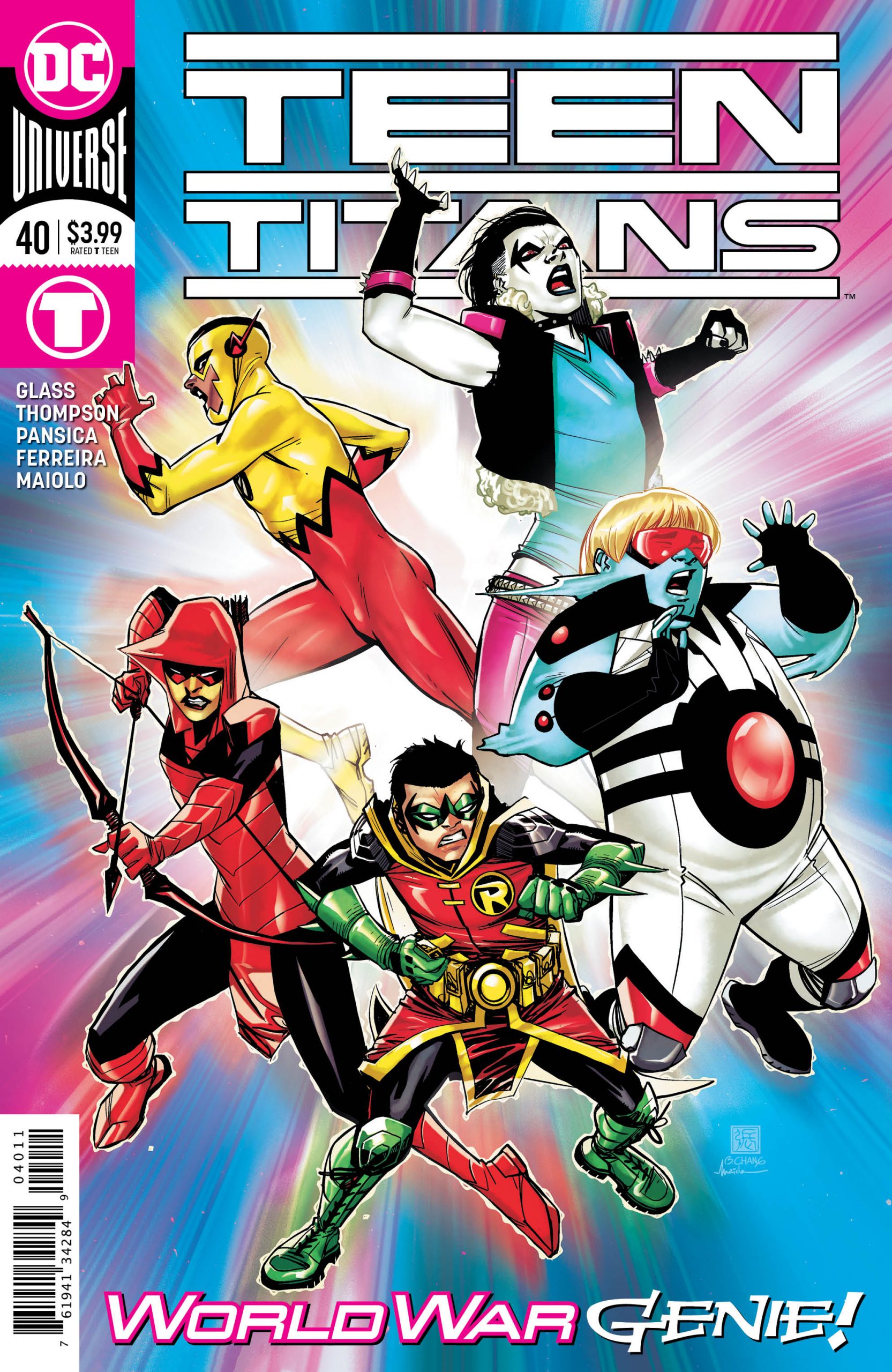 Teen Titans #40 is hotter than Firestorm’s flaming follicles, not least because half it is set in Hell. Yes, dear reader, the quest to release Djinn from Purgatory has led our team straight through Perdition’s gates. While our heroes face their fears in Hell, Elias and his band of fallen angels begin their assault on Heaven. 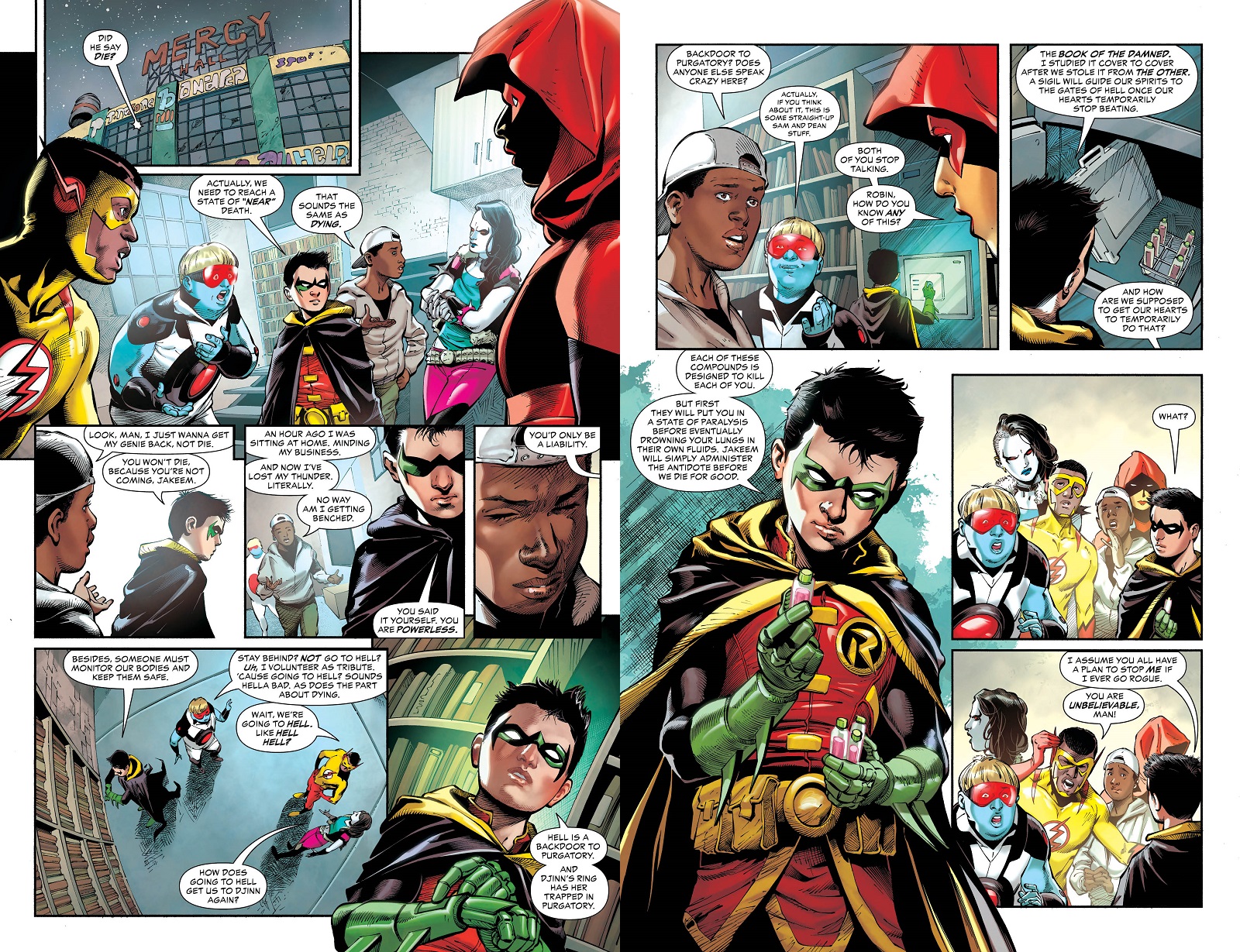 The amount of spot on teenage dialogue in this issue is wonderful. Roundhouse in particular delivers a couple of lines, including a reference to TV favorite Supernatural, that made ne laugh out loud. Writers Adam Glass and Robbie Thompson have delivered a hugely entertaining, action-packed issue, but not skimped on charm or humor. In fact, they’ve even added a new layer of horror, which works brilliantly in highlighting each of the Titans’ personalities, by exposing their fears, and showing how each team-member deals with them.

We also get some brilliantly insightful story beats regarding Damian and his extremely Batman-esque “contingencies”, and discover exactly what happened to him when he perished at the hands of the Other/the Heretic way back in Batman Incorporated #8 (Feb 2013). 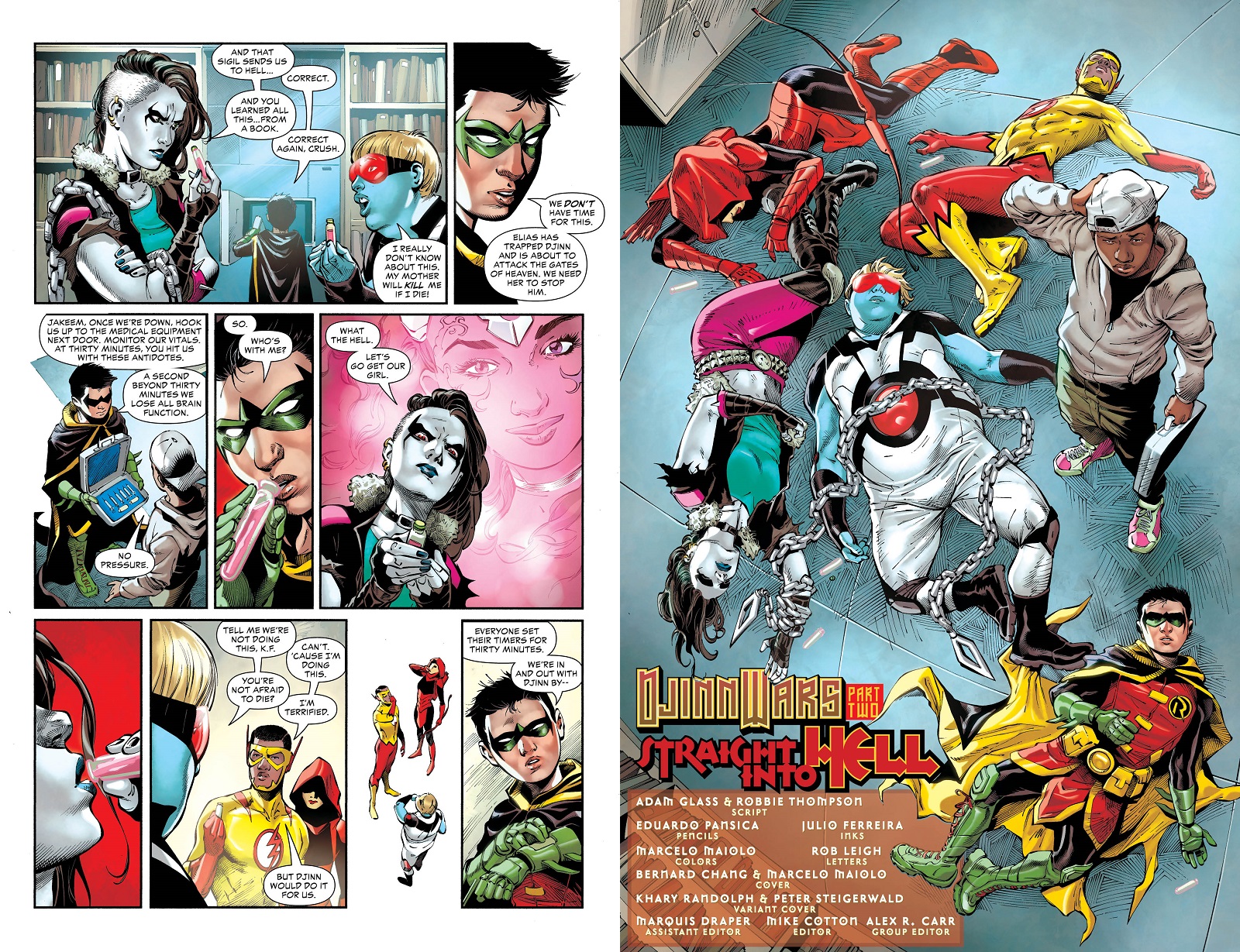 Eduardo Pansica, Julio Ferreira and Marcelo Maiolo also deliver some gorgeous visuals. The scenes in Hell are absolutely first rate, particularly when juxtaposed with the arrival of Elias’ horde at the gates of heaven. The use of color, contrasting between the warm oranges, browns and reds used for the battle scenes, against the cooler blues and whites of the Silver City, are brilliantly handled.

Rob Leigh, as always finishes proceedings with a flourish, making another wordy issue flow, both with his great innovative dialogue balloons, and his vibrant sound effects.

That ending was dead exciting, wasn’t it?!? Don’t do this to me DC! NOOOOOOOOOO! 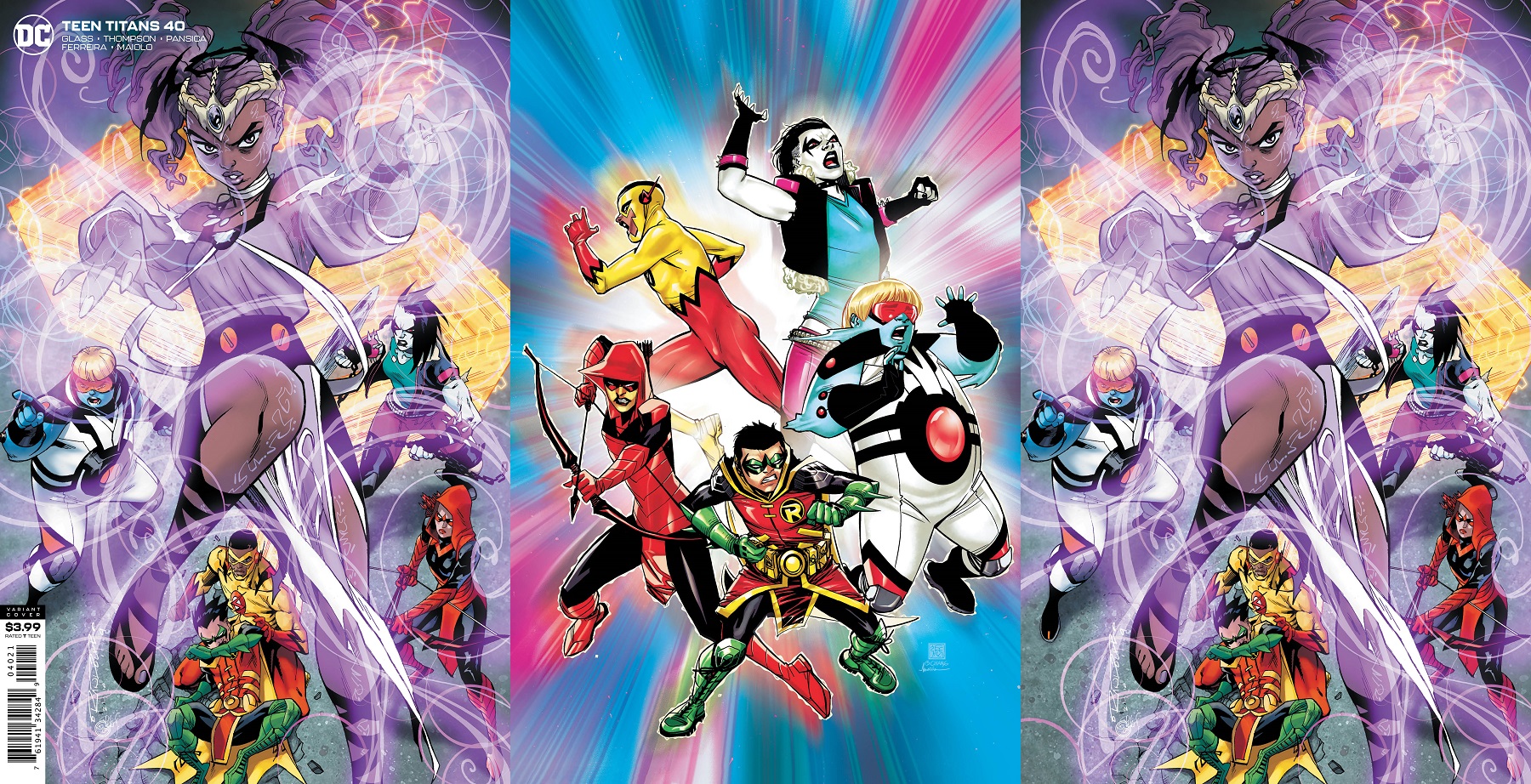 I never get tired of saying this: “BUY THIS COMIC!” Teen Titans #40 is another in a long line of brilliantly written and drawn issues. This series is amongst DC’s most underrated, yet consistently excellent titles.

The characters all feel real, the book looks great and the the threat levels are as high and credible as any I’ve encountered in over four decades reading comics.

This is great stuff.