There’s some bad news for fans of the Black Label book Doom Patrol: Weight of the Worlds. DC informed retailers that issue #7 — the series finale — has been postponed. While that alone may not be a big deal in comics anymore, the length of the delay makes this case unusual. The comic was originally scheduled for a January 29 release, now on for April 29. 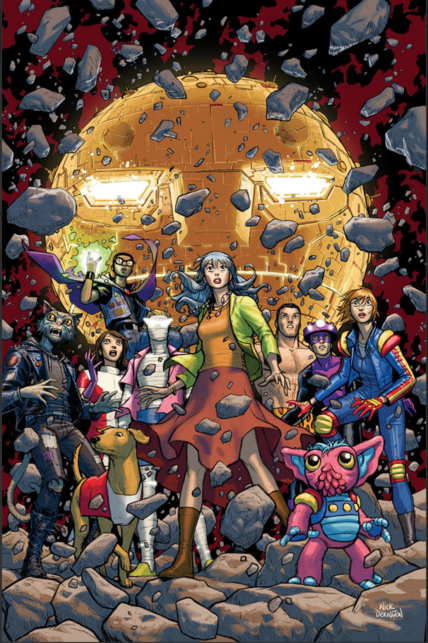 For those following along with the book’s schedule, it was first delayed from January 29 to February 26. The next delay was from February to March 25. After that came the new date of April 8.

DC didn’t give a reason for the latest change. The publication date of the trade paperback Weight of the Worlds collection has also moved from April 1 to May 6.

It may be worth revisiting Dan DiDio’s quote to retailers that, going forward, DC “will not be soliciting anything until we are clear that this material will come out as scheduled.”

DOOM PATROL: WEIGHT OF THE WORLDS #7
written by GERARD WAY and JEREMY LAMBERT
art and cover by NICK DERINGTON
Everyone needs to be held like a baby. Bundle yourself up, slide into the loving arms of a friend, and strap yourself in for the thrilling conclusion to Doom Patrol: Weight of the Worlds.
ON SALE 02.26.20
$3.99 US | 32 PAGES
FC | DC BLACK LABEL
FINAL ISSUE

‘Wonder Woman 1984’ Coming To Theaters After All