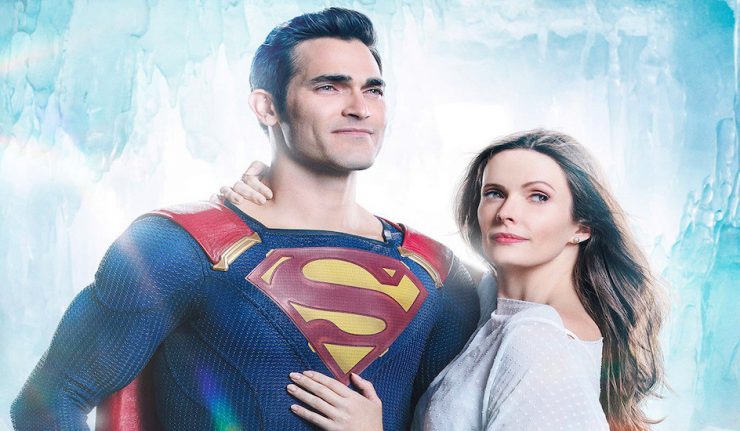 Hot off the heels of the major Crisis on Infinite Earth’s crossover event, the CW waisted no time announcing its next major series.

Superman and Lois will star Tyler Hoechlin as Clark Kent/Superman and Elizabeth Tulloch as Lois Lane.  As series news heats up, more casting news keeps flowing out from the Arrowverse based Superman series.

Erik Valdez has been cast as Kyle Cushing with Emmanuel Chriqui taking on the role of Lana Lang-Cushing for the CW series.

Chriqui (The Passage, Entourage) will take on the role of Clark Kent’s first love from Smallville, KS, Lana Lang.  Many fans know Lang as a loan officer at the Smallville Bank but show runners have hinted that Lana is coming to the Arrowverse with a twist; maybe she will reveal herself as Superwoman, the superhero persona she developed after being exposed to radioactive energy.  Makes sense since the Arrowverse is set on Earth Prime, the same Earth that Lang’s Superwoman calls home.

On the other side is Erik Valdez (General Hospital) and his casting as Kyle Cushing.  Cushing is the husband of Lana Lang and the fire chief of Smallville.  Valdez is known for his role as Trey in General Hospital and his regular role on Graceland on the USA Network.

Cat’s out of the bag y’all! Super excited and humbled to be joining such an iconic franchise and amazing cast! #wow https://t.co/VttpGQf1tL

“Valdez’s Cushing is Smallville’s fire chief and local hero who’s seen his fair share of tragedy.  Small town raised with small town beliefs, Kyle doesn’t care much for the big city and often butts heads with people that come from it.”

Sounds like him and Lois will have some good, on-screen banter.

Superman and Lois explores the world of Clark Kent and Lois Lane as they deal with the pressures of life as working parents, raising their kids and Clark’s alter-ego as the greatest hero of all time, Superman.