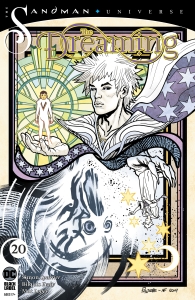 The Dreaming #20: The unbelievable finale of Simon Spurrier and Bilquis Evely’s Sandman Universe epic is here! The citizens of the Dreaming make their final play against the artificial intelligence that seeks to replace them with cold rationality…and the fate of Dream is revealed!

The Sandman Universe line began with the disappearance of Dream. While the other titles went off in tangential directions, The Dreaming has focused on the mystery of his vanishing and on its aftereffects.

In his absence, an artificial intelligence had usurped his position of the Dreaming. This was engineered by Hyperion Keter, who plotted to replace human imagination with cold, hard rationality.

But before Dream departed the universe, he conceived a plan by which he could be brought back. Now that plan is realized, and the Lord of Dreams has returned to set things right again.

There is a phrase that expresses the major theme of the issue and of the series as a whole: “The point is just to feel”. While rationality has its importance, the Dreaming is the realm of emotions and imagination. And even feeling pain is better than feeling nothing.

The way Wan’s evil side met its end was perfect. With all its fearsome bluster, it proved ultimately insignificant compared to the power of the Dreaming’s true king. And I liked that Spurrier sent the gentler aspect of Wan off with a redemptive act, offering his own life to once again save the vortex Rose Walker. 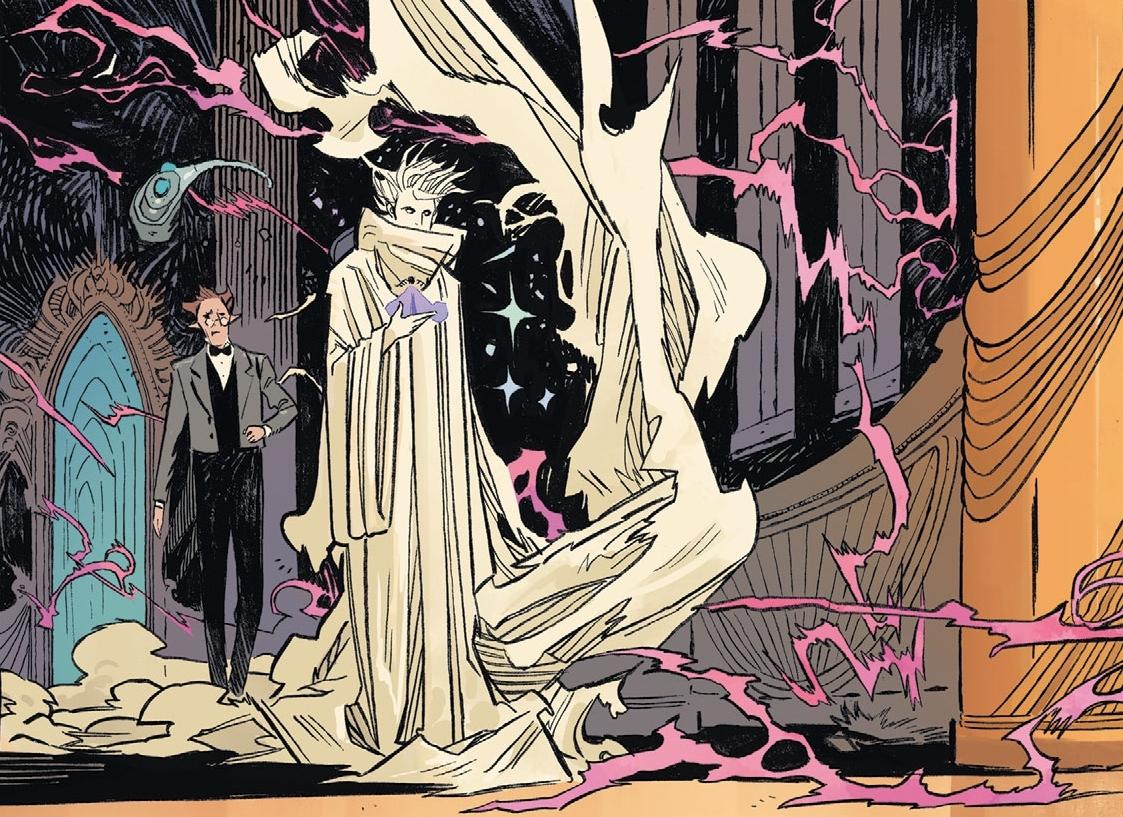 It was also fitting that Spurrier’s revival of Gaiman’s Sandman ended with Rose’s life being spared in this manner, which also happened near the beginning of Gaiman’s story.

I also loved the last moments between Wan and Dream’s sister, Death. Despite the actions of his evil aspect, his gentler side was somewhat endearing, and it was good to see him embarking on a new adventure, now free of his malevolent side. Also, any appearance of Death is a plus.

I also quite liked the short interaction between Dream and Dora. “I’m happy that you found yourself. And even happier that she turned out to be who you already were”. That sound like dialogue that Gaiman himself might write for the character.

It’s also great to see things set right in the dreaming. Especially seeing Lucien back in his beloved library, fully restored to its former glory. And then there is Cain and Abel.

In the fully restored Houses of Mystery and Secrets, we see Abel telling Cain, “We should be more open about h-h-how we feel. I luh-luh-love you, brother”. Cain responds in anger, killing Abel once more, but then quietly adds, “Hrm. I love you too”. The raven Matthew expresses the same emotions as the reader: “For a second the raven worries he might choke, and can’t decide if its in sadness or disgust or joy…”.

The only problem with this issue is that we have reached the end of the Spurrier’s tale. But that’s not an entirely bad thing. Spurrier has brought the series to a satisfying conclusion that wraps up all the loose ends. And while this volume of the The Dreaming is over, we are left with the announcement that The Dreaming will return next month in a new series written by G. Willow Wilson. 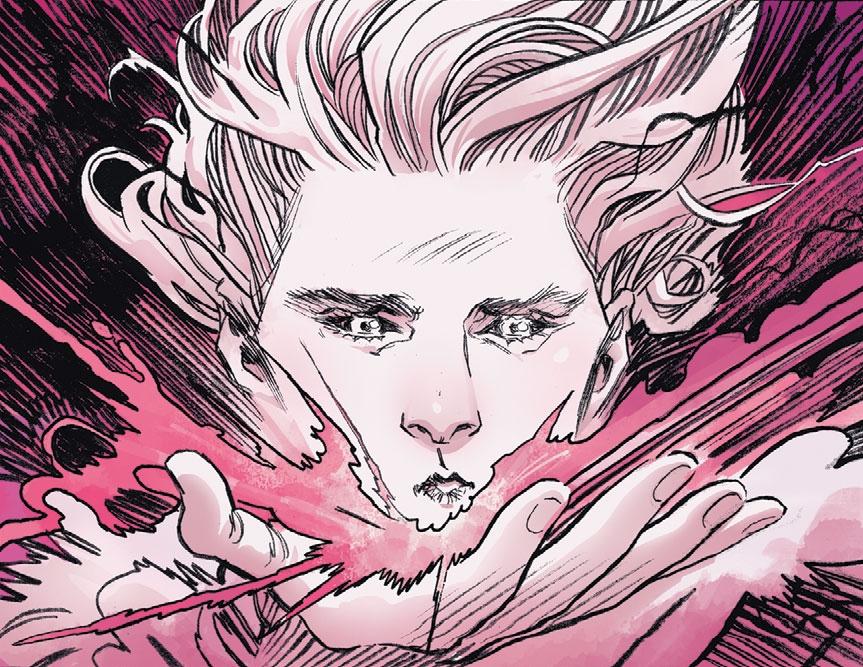 Spurrier has done a masterful job of continuing Gaiman’s classic Sandman story. He managed to capture much of the feel of that series, merging elements of the original with new characters and situations. Neil Gaiman is a hard act to follow, but Spurrier has acquitted himself admirably as does. Bilquis Evely also did a masterful job as the series primary artist. Kudos on a great series.

Diamond Plans To Ship May 20, Takes DC Orders in Advance