Blu-ray Review: Birds Of Prey (And The Fantabulous Emancipation Of One Harley Quinn) 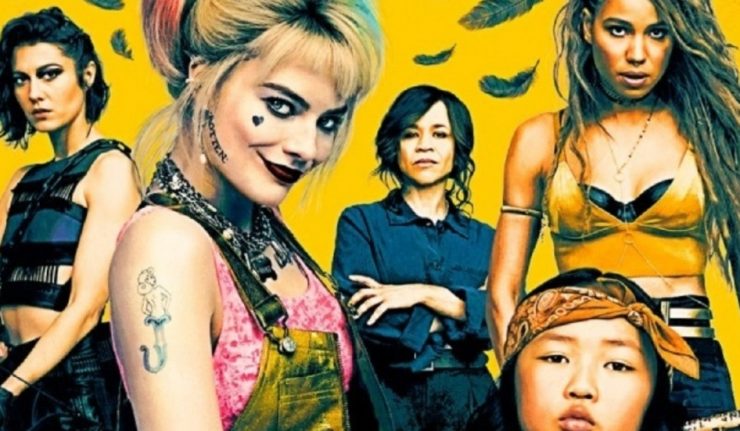 Somewhat capitalizing on the success of 2016’s Suicide Squad, Margot Robbie returns as Harley Quinn in an ensemble tale that kind of functions as a solo adventure all at the same time. The Clown Princess of Crime may share the screen with several other DC favorites, sure, but it still feels like it’s her movie in the end. Think of how Steve Rogers remained the central character in Captain America: Civil War amid guest stars galore, and you have somewhat of a decent parallel here – albeit with a much smaller cast, of course.

Unfortunately, Birds of Prey didn’t rake in the box office dough it should have, but we can only hope that more people discover it once the home video release hits shelves. In my view, this film turned out much better than I’d anticipated, so I’m going to tell you why it’s worth your time and money. Questionable marketing, costume choices, and an unnecessarily long title that should have been simplified to “Harley Quinn and the Birds of Prey” in the first place were likely the biggest factors contributing to financial shortcomings, although there’s nothing we can do about any of those at this point.

Basically, the story follows Harley Quinn, Huntress, Black Canary and Renee Montoya as they call come together while the villainous Black Mask and Victor Zsasz hunt the human MacGuffin that is Cassandra Cain. I won’t spoil why they’re pursuing said child in case you haven’t seen the picture for yourself, but that’s the gist of it.

The greatest positive to mention is that of the gal whose name is included in the title itself: Harley Quinn. Like I said, this is damn near a Harley solo film, although I can’t complain too much because Margot Robbie simply knocks it out of the park. It’s as if Suicide Squad were the appetizer and Birds of Prey is the main course. Her performance is spot-on, and I can tell she put a lot of effort and research into every onscreen decision she made while inhabiting the character’s skin. My guess is that she’d just begun reading the comics while filming Suicide Squad, and then read a lot more in the time since. I know for a fact that she’s become a fan of the source material, and it really shows.

In fact, I must say that the rest of the main cast did commendable jobs with the roles they landed – even if some of those portrayals were questionable. Well, any missteps when it came to characterization weren’t their fault, as actors just play with the scripts they’re given. We’ll pick up on that point when we get to the “negatives” part of this review, alright?

Actually, it could be argued that some gripes can be tolerated when the end product turns out so well. The narrative itself unfolds in nonlinear fashion, yet it comes across as quite smooth. It’s a far cry from the editing nightmare that was Batman v Superman: Dawn of Justice‘s theatrical cut, that’s for sure.

If anyone deserves a round of high fives, it’s 87eleven, the stunt team who choreographed the stellar action sequences. There’s a very good reason why the fight scenes are on par with John Wick films – and that’s because the same talented folks just mentioned worked on those. Here’s hoping they’re brought aboard for more DC projects in the future, particularly anything having to do with Batman.

K.K. Barrett and his production design crew also warrant a tip of the hat. I’m aware that they wanted their Gotham City to look different and more realistic, but it’s my belief they achieved something closer to the comics than anything lensed by Christopher Nolan and Zack Snyder. Not meaning to knock what those guys did, but their Gothams simply looked like everyday major cities. Gotham City is a character unto itself, and that’s something I haven’t seen portrayed to the fullest extent outside of the Tim Burton-Joel Schumacher era and the Gotham TV series. But here, we’re transported to Black Mask’s nightclub, an eerie amusement park and otherworldly pier that look like they were plucked from Batman: The Animated Series, with daytime romps through the city forcing me to recall something like the Burnside borough from the comics.

And when it comes to supplemental content, WB sure didn’t skimp on that for the Blu-ray release. I recommend checking out “Birds Eye View Mode” for your second viewing of the feature presentation, as it is essentially a video commentary, behind-the-scenes tour, and pop-up video-style factoid dropper all rolled into one. Beyond that, there are featurettes that delve into production design, stunts, costuming and much more.

Okay, here’s where I have to get dead serious.

My first airing of grievances has to be directed at costuming. That particular department may have wanted to avoid skimpy spandex outfits and “onesies” as they put it, but not many characters in this movie are recognizable to readers of comics. Although most people flocking to theaters don’t actually read the books, the core audience will kickoff the snowball effect of advance poor word of mouth without fail, and that definitely happened well before opening weekend this past February.

Now, I’m not saying Mary Elizabeth Winstead had to run around in a singlet as if she were going for a swim, but they could’ve figured out some sort of tactical gear akin to the blueprint laid by comic book artists. If other movies in the genre can do it, why couldn’t this one? And when she finally does don the black and purple complemented by a white cross, it’s in a tracksuit-type whatever-it-is that looks like it was ordered online and arrived several sizes too big. You see, this is what grinds the gears of diehard fans. If their familiar getup is supposedly so impractical and unfavorable to women, then Harley Quinn and Black Canary wouldn’t be cosplayed ad infinitum worldwide, would they?

Now, I’m not going to do likewise for every other character – save for Harley, who couldn’t even wear her familiar red and black color scheme – but there’s a reason why I singled out Huntress: I’d been waiting years for her to come to the silver screen. Not only that, but both the Birds of Prey and Arrow TV series had already struck out when it came to her costume, so that’s why I had high hopes for this. And to be clear, I have no criticisms of Ms. Winstead herself; the casting department found the right actress. It’s just that they missed the mark with her gear.

As for poor characterization mentioned earlier, I can’t fathom how Black Mask and Cassandra Cain got so f—ed up. The former would be more aptly described as “Black Mascara” and the latter is not the disabled hero who once took up cape and cowl as Batgirl in the comics. I’d go as far to say they could’ve called her “Jimmy Olsen” and it wouldn’t have made a difference. Really, why mess up them both when every other major character in this production was pretty much nailed from a writing standpoint? But that’s Hollywood, baby, and they know better than you or I.

In the case of Birds of Prey (And The Fantabulous Emancipation of One Harley Quinn), the pros far outweigh the cons. Trust me when I say this film is a must-see for fans of Harley Quinn and DC Comics in general, so do yourself a favor and pick it up on whatever home video format you prefer. It’s insane, R-rated fun on the same level as Deadpool, so fingers remain crossed that this finds the larger audience it deserves.