Review: Batman And The Outsiders #12

Review: BATMAN AND THE OUTSIDERS #12 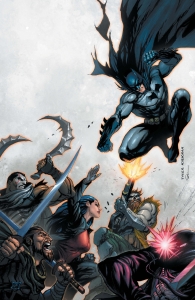 Batman and the Outsiders #12: Batman goes over the edge! With everything that’s happened in Gotham City and Ra’s al Ghul’s personal attacks on the Dark Knight and his team of Outsiders, Batman lashes out and uses his all his anger and skills to take down Ra’s and his new League of Assassins on his own. Will the Outsiders be able to pull him back from his rage-or will they find themselves on the receiving end of it?

At the beginning of Batman and the Outsiders #12, we see the heroes getting ready for a confrontation with Ra’s al Ghul and his League of Assassins. Ra’s is after a powerful alien artifact located in Markovia. However, the team arrives in Markovia to find that Ra’s al Ghul has outmaneuvered them and already claimed the artifact.

There are a couple of new additions to the team. Lady Shiva has temporarily joined forces with the Outsiders against Ra’s. But can she be trusted. I would like to see Shiva stick around in the long term. She has mainly been portrayed as a villain, but she has the makings of an interesting anti-hero.

The other addition is Sofia Ramos. She makes it clear that she has dropped the name Babylon, which Ra’s gave to her. However, she has not yet settled on a superhero identity. However, it looks like she is set on becoming a part of the team. 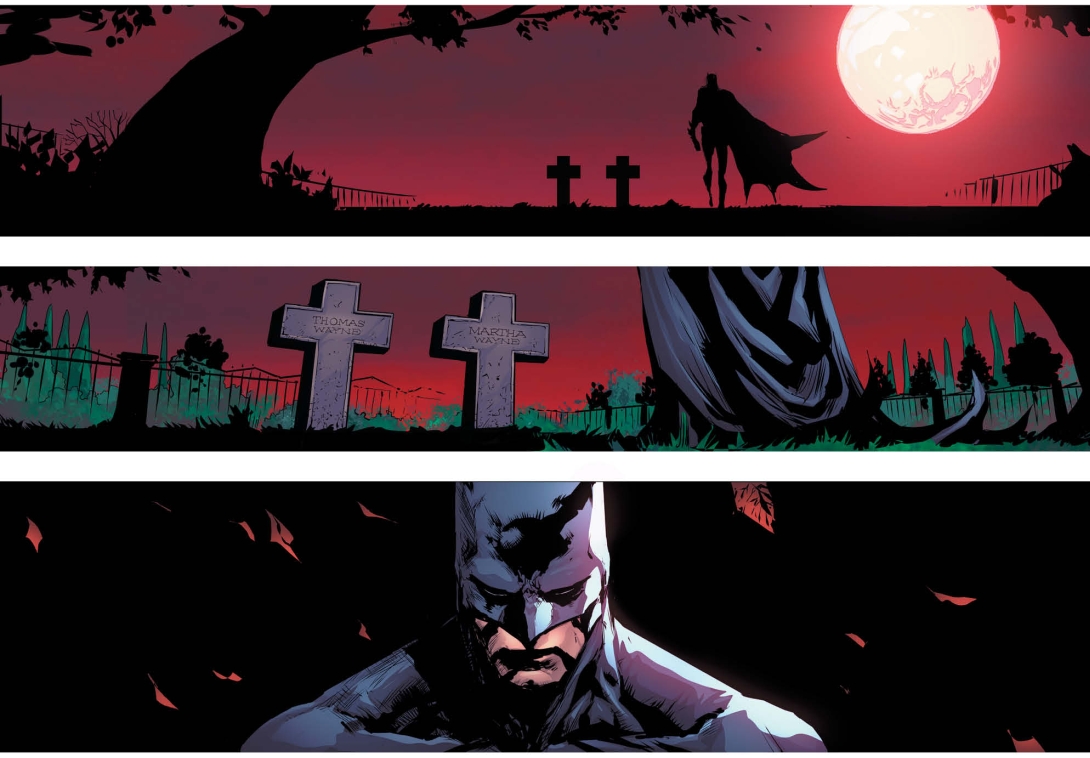 There is an interesting confrontation between Black Lightning and Batman. Jefferson feels that Bruce has manipulated him and the team. However, it seems that Bruce has uncharacteristically given Jefferson quite a bit of freedom. He informs Jeff that he let him go with Shiva with the intention of killing Ra’s al Ghul. As Bruce explains, “I will react to a choice a friend makes. I have no right to keep him from making that choice”.

Jefferson also states that, “when this is over. This team needs to go their own way”. Could this title be headed the same direction as the original incarnation, removing Batman from the team and the book’s title?

We also get an insight into Hill’s interpretation of Batman. Bruce himself explains it, “Bruce Wayne is a child shaking in Crime Alley. Batman protects that child from his anger and his pain. I split myself in two and pretend that’s sanity”. Hill’s Batman is not quite sane, even if he is functional. This sounds like a multiple personality disorder, where Batman and Bruce are two distinct personalities.

If this is the case, it sounds eerily similar to Two-Face. Of course, maybe Bruce is exaggerating. Perhaps he merely wishes that he could totally compartmentalize Bruce and the Batman and tries to give off the impression that he has succeeded. I’m not sure if I agree with this analysis of Batman’s psyche, but it does give some food for thought.

However, while it is disappointing not to see the expected battle, it gives us an interesting look at how Batman copes with defeat. In the face of Batman’s frustration and anger, Jefferson offers some hopeful advice, using a chess analogy, “It’s not over. Now we reset the board. And we win the next match”. This makes it clear that although Ra’s has won this encounter, the Outsiders will continue to oppose his plan.

Batman and the Outsiders #12 is the best issue of the series so far. Bryan Hill is doing an effective job in portraying Batman’s emotional vulnerability following the death of Alfred. It seems that we will have to wait a bit longer for the team to confront Ra’s, but that battle draws ever closer.

Blu-ray Review: Birds Of Prey (And The Fantabulous Emancipation Of One Harley Quinn)