Review: He-Man and the Masters of the Multiverse #6

Review: He-Man and the Masters of the Multiverse #6 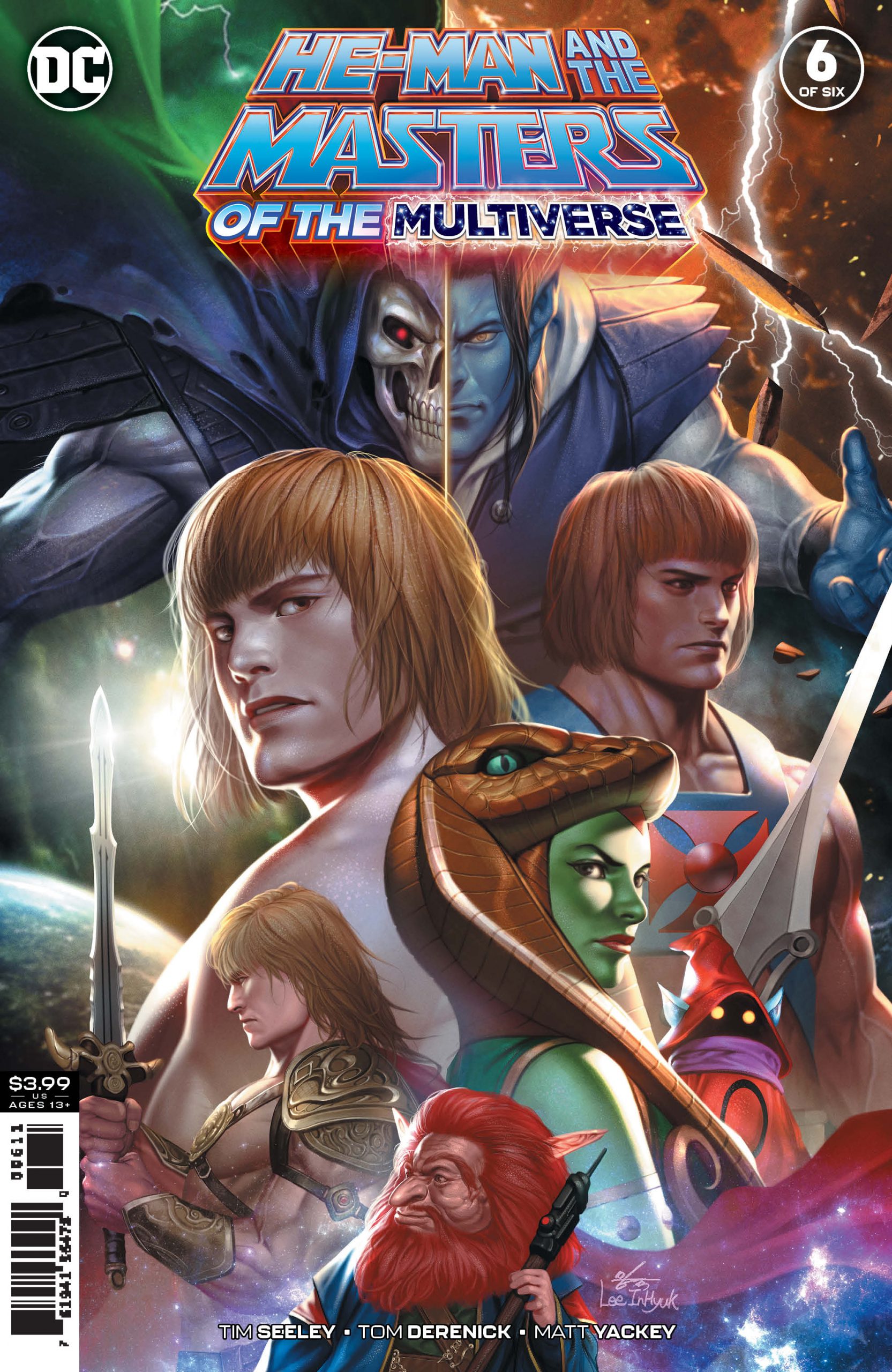 It’s the finale of the reality-bending miniseries, and Prince Keldor is trapped in the bowels of Castle Hellskull. Now the only way to survive an onslaught of Anti-Eternians may be to embrace the full powers of Skeletor! 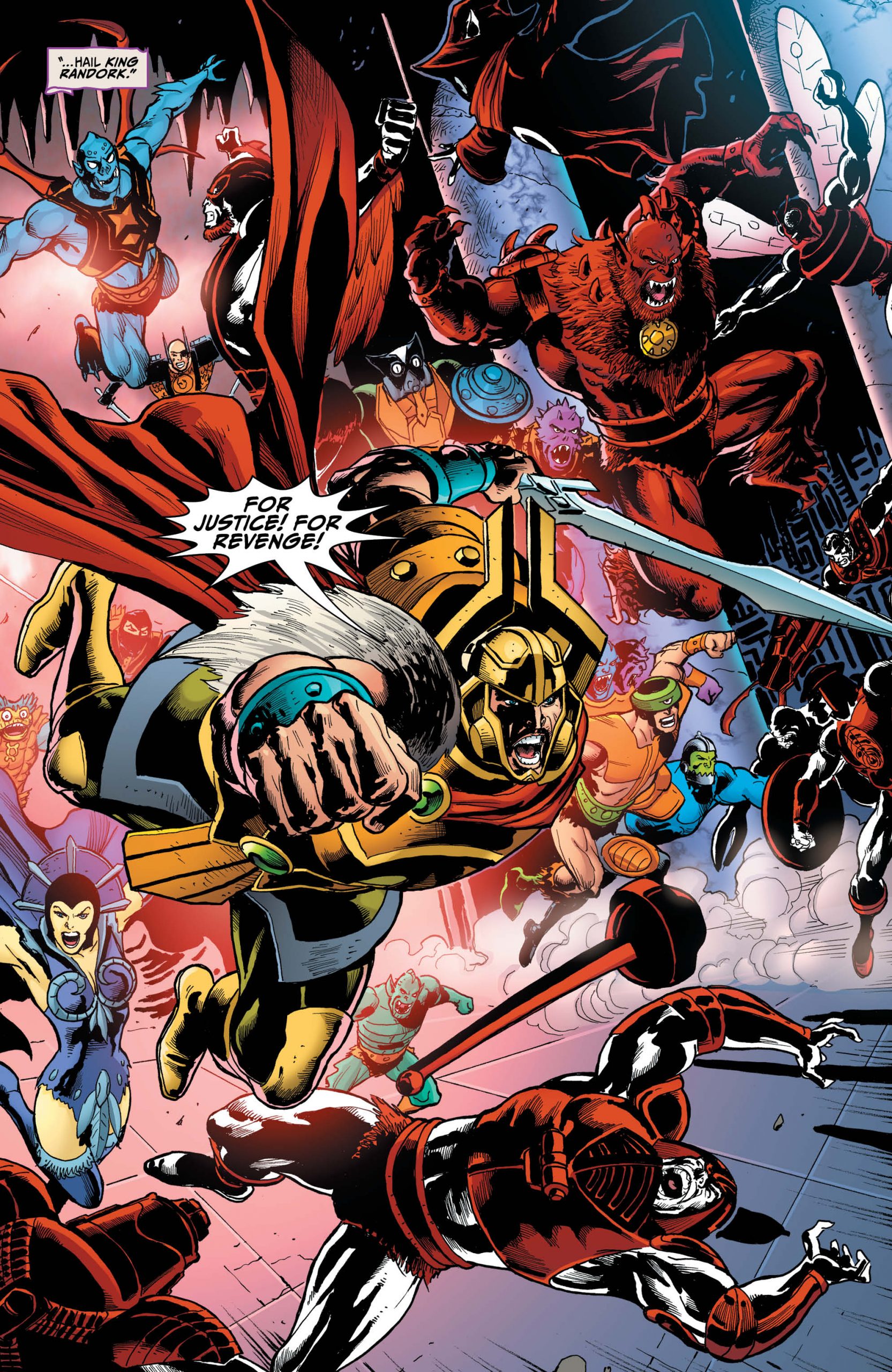 The ultimate He-man of He-man and the Masters of the Multiverse #6 is Tom Derenick. Seriously, every single panel of this book is beautiful. Colorist Matt Yackey deserves a ton of credit too. The above one panel page is so good and that is just a taste. This book is full of action and there are so many beautifully drawn fight scenes. There are TONS of characters too who, like the rest of this series, end up needing to look similar, but not exactly like, the He-Man characters we all know. That is a difficult task. Imagine being ask to create someone we recognize as you, but not you. What would you do differently? Now imagine you have to do that about 20 different times. That is what Denerick has done for six issues and he is the reigning champ of the Multiverse. 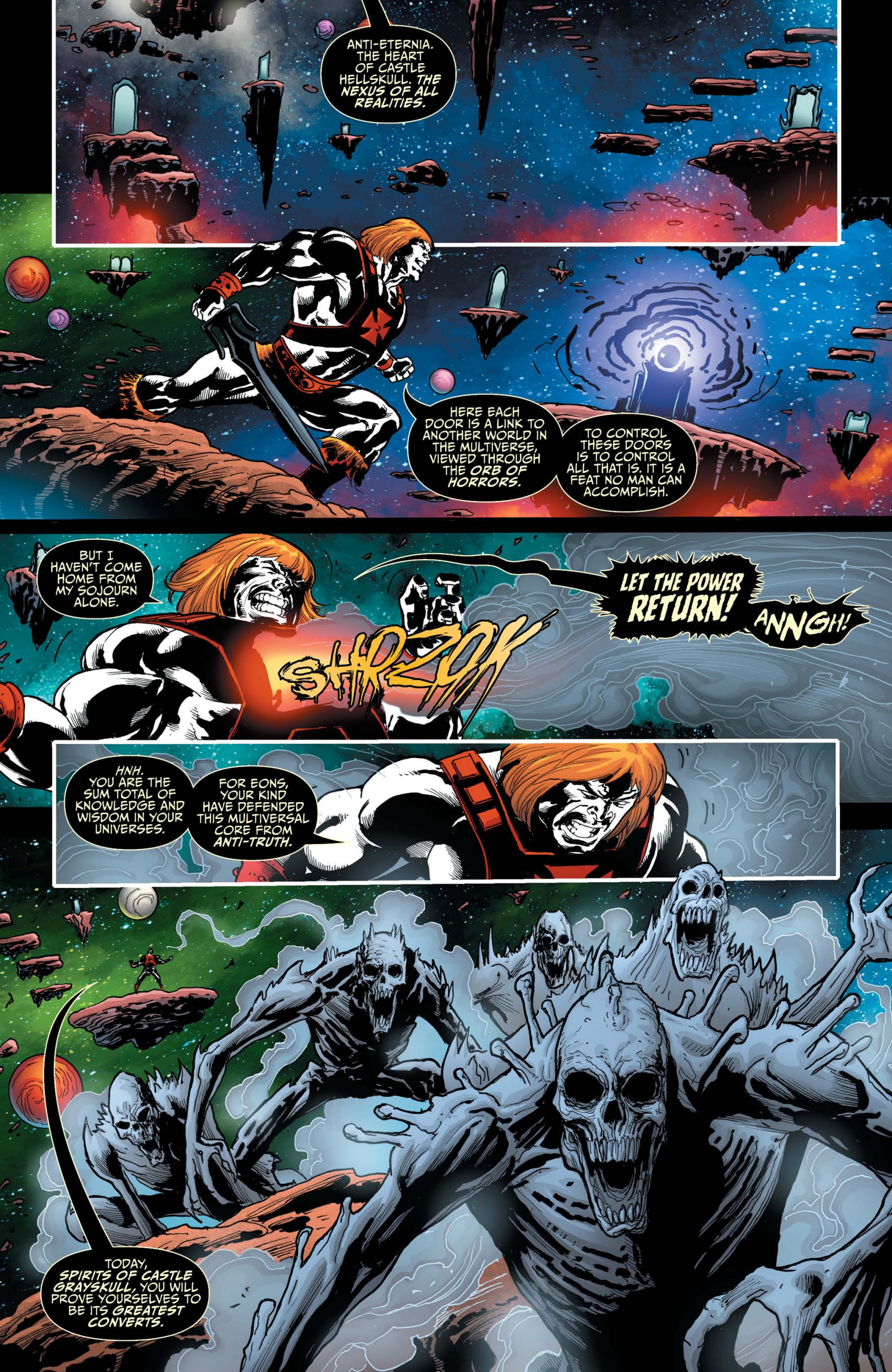 Seeley does a good job tying up loose ends and teasing us with another story. I don’t know how this one sold, so I don’t know if it will happen, but he really worked hard to give fans something to look forward to.

This series has been a bit of a mess and so tying to tie it all up in a nice bow that has some sort of satisfactory ending is hard. They come close. I think the emotional resonance of Keldor’s final transformation just didn’t pay off here like it could have. There was so much fan service in the middle few books that we lost the thread of what this book was supposed to be.

He-man and the Masters of the Multiverse #6 actually ended pretty strong. If there was ever a series that would have been better suited for a stand along graphic novel, it was this book. There were so many moving parts that it just didn’t make a ton of sense for a while. Keldor was the star of this book, and he shines here. If Mr. Seeley wants to continue on with just him and his team, that would be a book worth reading.