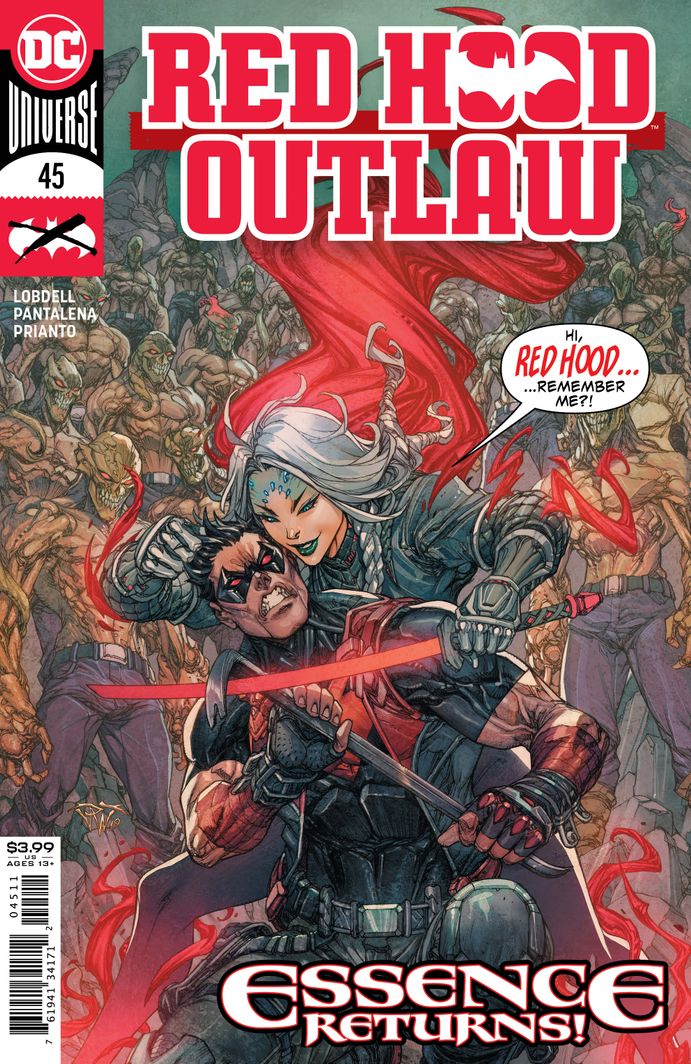 Red Hood, Artemis, and Bizarro have battled many threats together…but they’ve never faced a veritable army of the damned! Which is what is happening during the protests on the streets of Qurac as the Untitled prepare to strike at the heart of humanity! At the same time Artemis has to go sword-to-word with Essence. As the enemy gathers its forces, it is clear the Dark Trinity needs to expand its roster—and fast! 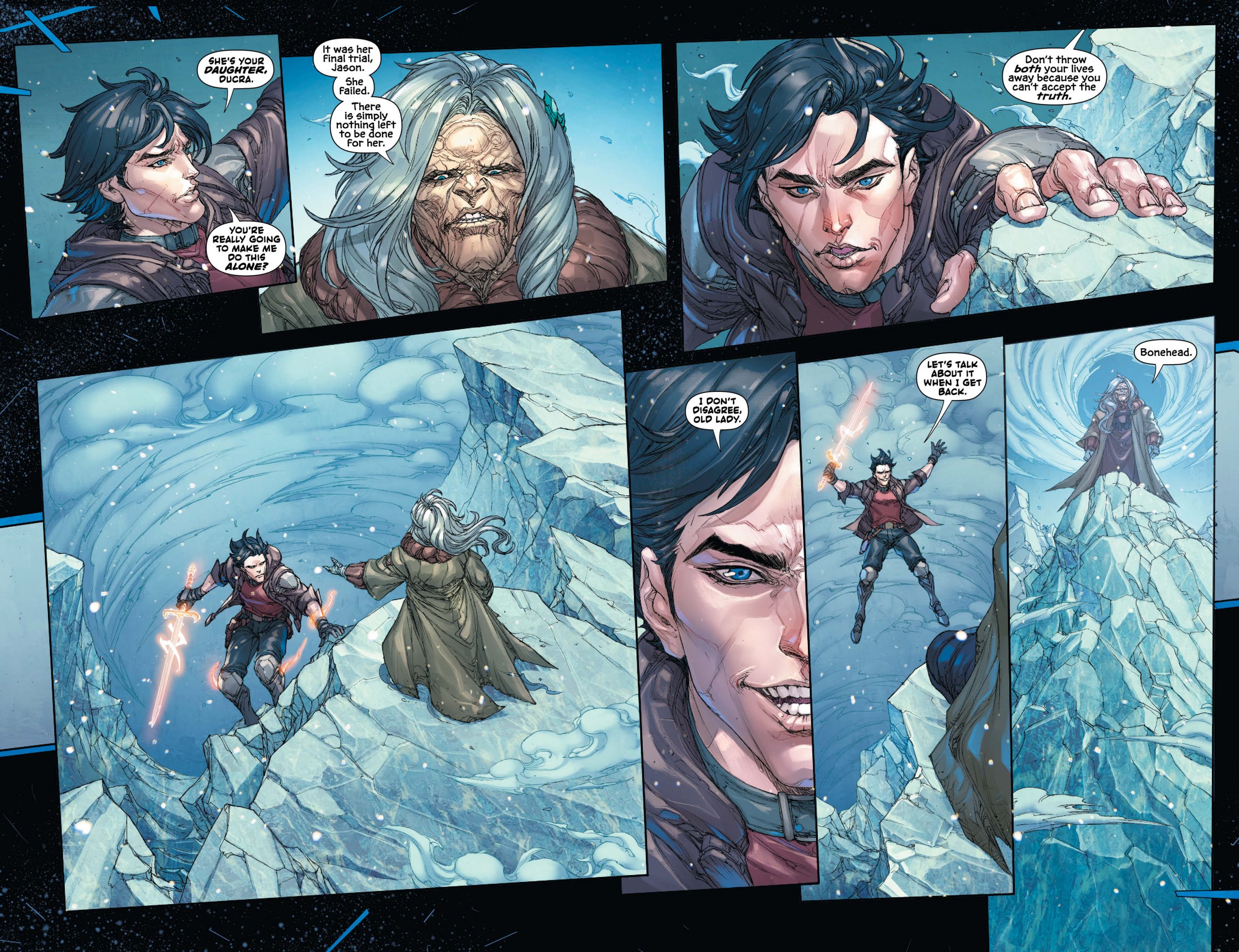 Splash pages galore. Paolo Pantalena and Arif Prianto are on fire. If you love splash pages that are jam packed with action and that have colors that burst off the page, then you are in luck. This book is really something. It also turns out that Red Hood was way into wearing a proper mask before the rest of us. I really like his gear in this. 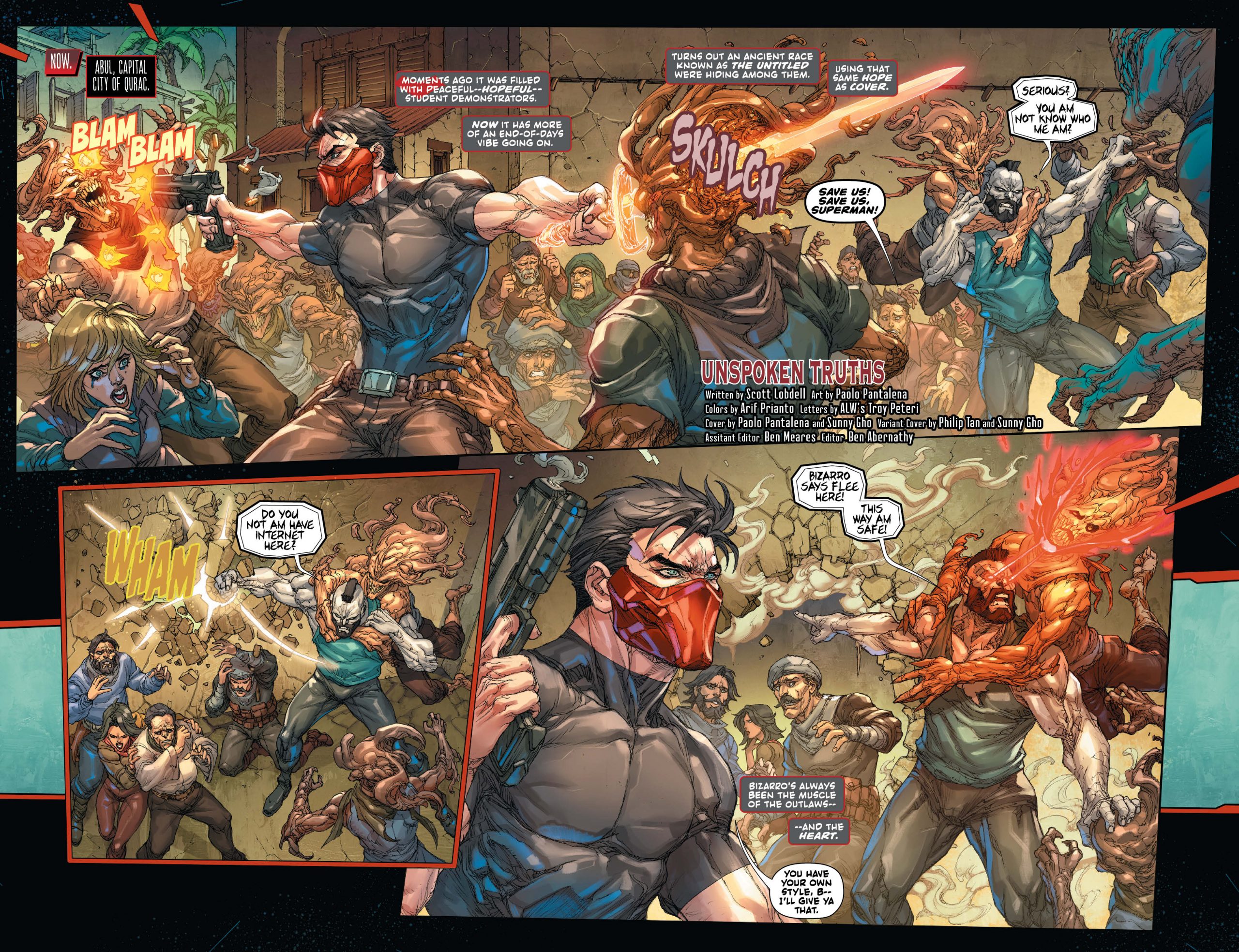 Lobdell keeps reminding us why we are glad Jason is alive. He also has figured out a perfect way to allow us to see Jason at his bloodiest, while not having him kill people. Let’s be fair, when Jason is cutting off heads and shooting off heads, and generally decapitating things, we like it. Lobdell gives us monsters. Thanks Scott.

This is a team book. A team of three. I know the title was changed, but let’s be honest, the book is best when the Dark Trinity is all together. It is nice to have Jason and Bizarro working together here, but I want the team back. We waited and waited and then waded through Generation Outlaw only to get the band back together and it feels like it was just one reunion show instead of a whole tour.

Also, while I love a good splash page, as mentioned above, they cut down on story telling and since there is already so much going on, maybe fewer of those would help get us closer to understanding what is going on.

Red Hood: Outlaw #45 looks to be bringing us another step closer to tying up all the lose ends that have been running through this book since the end of the Year of the Villain. That is a good thing. I trust Scott Lobdell and I have been giving him a lot of room to tell this story. I find that he is writing arcs that are better read in six issue bursts, but I am reading them month by month and that can be frustrating.