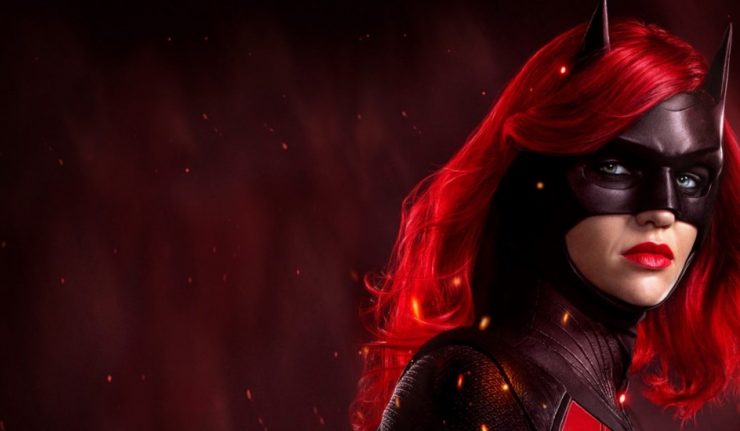 Now in possession of Lucius Fox’s book, Alice and Hush have no way to crack its code. Desperate for its secrets, Alice and Hush embark on a mission to break its code by kidnapping any codebreaker they can. This puts them in Batwoman’s sights and on her way to Arkham to stop Alice’s plans once and for all.

In Batwoman 1×19, Kate finds herself played by a former lover. In doing so, Lucius Fox’s book is stolen and now Alice has it. I really enjoyed how all of Kate’s allies let her have it in this episode for making such a rookie mistake. Everyone from Julia, Luke and even Mary questioned Kate’s thinking in this–and she deserved it. Now sulking in her own defeat, Kate lashes out at Luke and the two have an intense argument, leaving her alone in the Batcave when Hush strikes kidnapping a citizen. Having to rely on Mary for support in the Batcave, Kate is able to save the young girl from Hush.

I’m not really a fan of Alice getting out of Arkham–again. I do like Hush however as a character I just wish he wasn’t a pawn in Alice’s schemes. I want him to be independent of her. It seems that this book is filled with secrets on how to penetrate the armor of the batsuit, however I’m confused because Alice already knows Batwoman’s secret identity–why not just kill Kate when she’s not wearing the suit? The relationship between them has been established enough where Alice has seen Kate without the suit plenty of times–each with an opportunity to kill. Hopefully the writers address this slight oversight in the next episode of the need to kill Kate in the batsuit.

Overall I thought that Batwoman 1×19 was a good episode. Mary really stands out here as Luke has left the cave thanks to Kate. She really steps up in this episode for support and I was happy about that. Julia’s secret comes out as well, and I think it could change her relationship with Kate for the worst. I’m sure we’ll find that out in the next episode.