In a nutshell, this episode sees Courtney beginning her mission of reforming the Justice Society of America with a new generation of heroes. As you no doubt gleaned from the title of the episode, Wildcat is first on the docket. And seeing as how Ted Grant is out of the picture, the responsibility to take up his mantle falls upon the shoulders of young Yolanda Montez, who DC Comics scholars may remember from the source material.

If anything, “Wildcat” chronicles the personal journey of Yolanda. She had nearly been relegated to the background to this point, but that’s understandable because the producers had to establish Stargirl herself and the big bad that is Icicle. But with all that out of the way, they’re free to explore more of the supporting characters.

Right off the bat, you’re going to learn why she’s kept her head down thus far and why the mean girls at school have undeservingly labeled her a “slut.” On that very note, the subjects of bullying and sexting are most certainly addressed, thereby making this feel really relevant to current times. Being someone who had a rough time during their first two years of high school, I can somewhat sympathize. Then again, I graduated in 2002, so I can only imagine how bullying has exponentially gotten worse now that it benefits from technology. 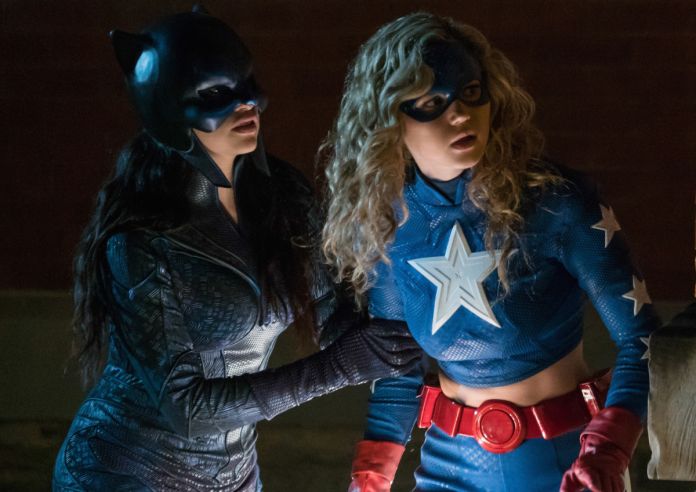 It’s not all doom and gloom, however, as Yolanda and Courtney begin bonding as both friends and burgeoning superheroes. Yes, they do embark on some adventures together, but you shouldn’t expect some sprawling epic. Like I said, this is about Yolanda, where she’s come from, and where she’s going.

Should you be wanting more of Icicle, he does show up for a little bit, but he’s more so there to lay groundwork for threats to come. Still, we get to meet another of his cohorts, the creepy Dragon King. While some folks out there may deem his costume to be too comic book-y, it works in context. The overall presentation of this evildoer is well done, and I’m pretty sure you would poop your pants in his presence.

To be entirely honest, there’s not much negative stuff to discuss this week. I can say that it wasn’t a five-star affair, but “Wildcat” should no doubt amaze audiences just as the previous three installments had. And when it comes to running time, not much should be cut for airing on The CW. The DC Universe version I screened clocked in at 42 minutes and change, so that’s pretty much what’s allotted for network broadcasting.

Rest assured that “Wildcat” continues delivering that Smallville-like sense of optimism which has captivated viewers in recent weeks. I’m well aware of the positive buzz that’s been circulating on social media, and it’s very much deserved. I think this sort of success is what The CW had wished for the dismally performing Batwoman. Really, who could have predicted a relatively unknown character to be 2020’s sleeper hit? But that’s Stargirl for you.