Featured Review: You Brought Me The Ocean 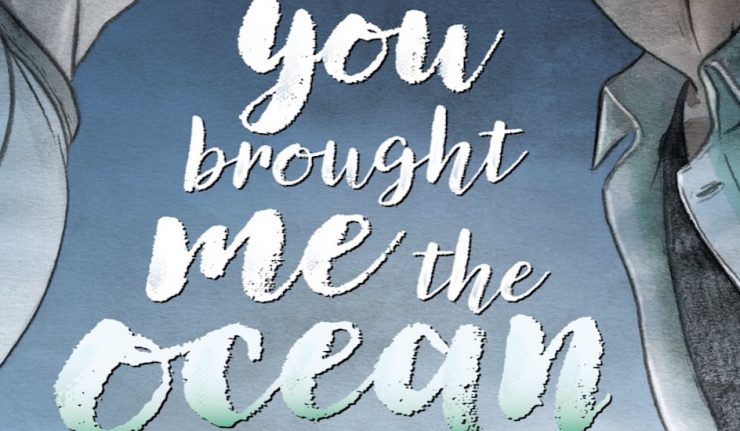 Review: You Brought Me The Ocean

Jake Hyde lives in Truth or Consequences, New Mexico, which is in the middle of the desert, yet he yearns for the ocean and is determined to leave his hometown for a college on the coast. But his best friend, Maria, wants nothing more than to make a home in the desert, and Jake’s mother encourages him to always play it safe.

There’s nothing “safe” about Jake’s future—not when he’s attracted to Kenny Liu, swim team captain, and rebel against conformity. And certainly not when he secretly applies to Miami University.

You Brought Me The Ocean is a beautiful story of love and understanding. It plays against expectations and yet it is undeniably a love triangle. Jake, Maria, and Kenny defy typecasting. They are thoughtful, complicated, and something.

Our tale opens in a place called Truth and Consequences. For a story about bringing the ocean this very dry desolate place is an unrepentant metaphor. It seems like the most unlikely environment where you would expect a story involving the ocean to take place. Some might be tempted to say it is a fish out of water scenario.

However, reading further into the story it is clear that Alex Sánchez is a genius on many levels for making this decision. It goes beyond the arid climate and scorching sun. This is a story for anyone who has ever been in a place that they want to leave and can’t.

Daylight is a soft hue of the sunshine washes everything in a glow of deceptive warmth. It’s a crucible wrapped in soap opera lighting. At night the dark is a blanket that swallows everything. The environment of crumbling piles of rock and dry air begins to close in like invisible walls at the mention of leaving. Julie Maroh’s illustrations will change the way you breathe every time you turn the page.

Our main characters are a better version of a teenager than I ever was. Jake is so patient with his mom. Her fears include UV rays and water. That’s the short version.

His best friend Maria is priceless. They have known each other for a long time and she has boundless patience. They eat dinner at each other’s houses. Maria makes sure Jake wears the sunscreen his mother begs him to reapply.

They should be perfect and that’s the problem. Jake and Maria are keeping secrets instead of sharing them with each other. And they are not alone. Jake’s mother won’t reveal the identity of his father.

The big problem is that secrets restrict people. Jake’s dream is to go to Miami and study oceanography. Maria wants to stay close to home and attend the University of New Mexico. Jake applied without telling her. Somebody’s going to hurt someone before this story ends.

And then there’s Kenny. Kenny is smooth and cool and he’s been in Jake’s classes since middle school. Kenny’s confidence goes beyond green hair and a swimmer’s physique. He stands up for himself when classmates try to mock his sexual preference. He also realizes that he needs to proceed slowly while learning more about Jake and his sudden interest.

The two are soon hiking, sharing intimate stories, and growing closer. It’s everything Jake used to do with Maria and more. The discoveries are profound and honest. And they create more questions. Sánchez begins to increase the tension and Jake and Maria struggle to adapt to the changes. Maroh’s lines reveal the physical and emotional toll and the reader can see and feel the strain. It’s young adult fiction brought to life through the art of comics.

Kenny doesn’t have to be as good looking as he is for this story to work. The fact that he is a swimmer is enough tension and temptation for Jake. But, the green hair, perfect smile, and dreamy eyes is almost overkill.

It’s almost impossible to craft an original love story. The possible comparisons are ample, but using this approach to unpack You Brought Me The Ocean is petty at best. It demeans the power of a story that is inspired by many examples, and yet is defined by the originality of its execution.

Discovering who you are is a journey that goes beyond lineage, dreams, or expectations. Jake, Kenny, and Maria are who they should be. Sanchez and Maroh let the characters reveal the course of this story by unearthing their identities. It’s a gift to readers. Enjoy it for yourself and then share it with others. 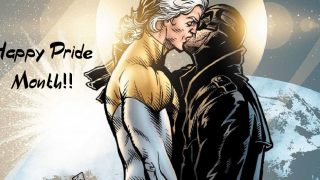