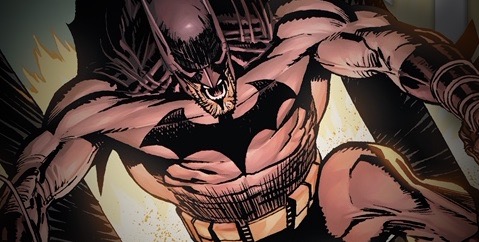 As “The Joker War” rages on, the Dark Knight finds himself at the mercy of what he fears most and if that wasn’t bad enough, the only person around that can dig him out from under is none other than… Harley Quinn!

The Joker is ramping up his attack on Batman and in Part Two of their epic confrontation “The Joker War” continues in Batman #96 as our hero attempts to fend off his darkest fears, after the Clown Menace unleashes a lethal dose of toxin on him. Those aren’t visions of sugar plums dancing in his head either! Batman scribe James Tynion IV had been promising that things were about to get dark in the world of Gotham’s guardian, but when Batman has no other choice but to turn to Harley Quinn to keep him on the up-and-up… you know things just ain’t right!

In a season where DC’s villains have been stealing all the thunder and The Joker is celebrating an anniversary as the ultimate adversary and agent of chaos, “The Joker War” is no joke! The issue will also introduce the much-hyped and very mysterious Clownhunter (whose side is he on?) as well as the return of a much-beloved member of the Bat-family — although not really, as you’ll see in these First Look pages from the upcoming new issue, also featuring variant cover art with a dangerous new look for Catwoman courtesy of Francesco Mattina.

Here’s a first look “The Joker War” Part Two and inside Batman #96: