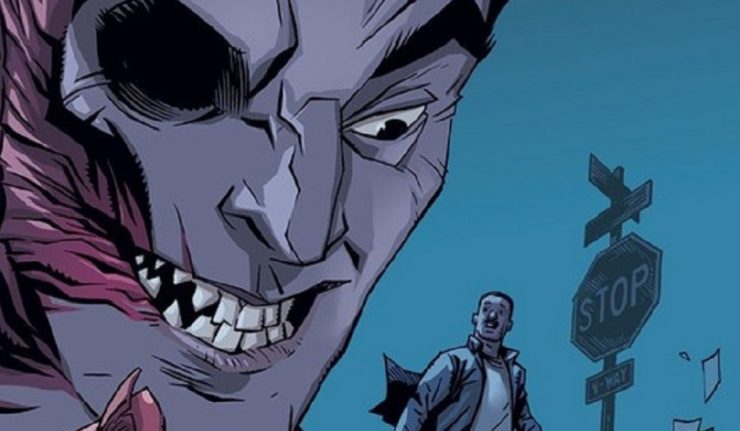 ” I have to find my Dad before this gets out of control!” – Tony Barber, Stealth’s son

For decades, Stealth has waged war on crime in Detroit, but now he’s taken his pursuit of justice too far. Only reporter Tony Barber knows that behind Stealth’s reckless behavior is an older man battling Alzheimer’s—his father. A father unwilling to accept that he’s no longer the hero this city needs…with enemies all too eager to force his retirement. Created by ROBERT KIRKMAN and MARC SILVESTRI, STEALTH is an action-packed series, perfect for readers who enjoy Black Panther and Iron Man. Detroit’s legendary super-powered vigilante Stealth has lost control, plunging the city into chaos.

Now, Dead Hand reemerges to finish off his longtime enemy once and for all.

Thus far we know that Tony Barber was beaten to a pulp by Stealth who is his father.  Tony is trying to put the pieces together to save his father but to also find out the origin of the suit his father found that allows him to be Stealth.

In the meantime, we have been introduced to Deadhand, one of Stealth’s rogues.  Similar to Two-Face, apparently this villain has mobster ties, a flair for the dramatic and a rotting hand that both smells badly and makes anyone that comes into contact with it immediately spill more than their guts (literally and figuratively).

Deadhand has put a hit out on any doctor that can aid Stealth in getting better from his Alzheimer battle.  Talk about cold… taking out physicians due to their research so your enemy can never be cured.  Well done Mike Costa…that was serious writing on your part!

Costa’s Deadhand is cold!  No pun intended.  Not only does he give his cronies tasks in killing doctors, he does so himself on a broadcast on the internet.

Subsequently, he tasks the citizens of Detroit and places a bounty on Stealth to kill him as “do you want to deal with the devil you know or the devil you don’t?”

Costa may have a hit with Deadhand on his hands! Again, no pun intended!

Detroit is the background.  An African-American hero is the protagonist.  And family is first.  We needed this now! I applaud that if you are a fan of Black Panther, Black Lightning, Spawn or the Falcon as you have another hero to rally behind.  Diversity was so needed in the comic world, and Stealth helps that in leaps and bounds!

None in that we are moving along at quite the rapid pace in getting to know Deadhand as well as getting to know a bit more about the suit Stealth has.  It’s a darker Greatest American Hero with an Alzheimer twist, but it works!

I do hope more Rogues are introduced and this comic is picked up for more than six issues!

We are half-way there and living on a prayer!  An Alzheimer-affliction vigilante…a sympathetic son… and a nasty villain both inside and out that has been waiting for a while to eliminate his enemy.  It’s awesome! 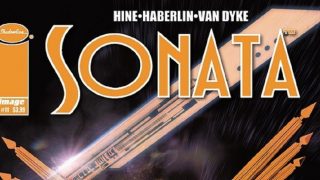