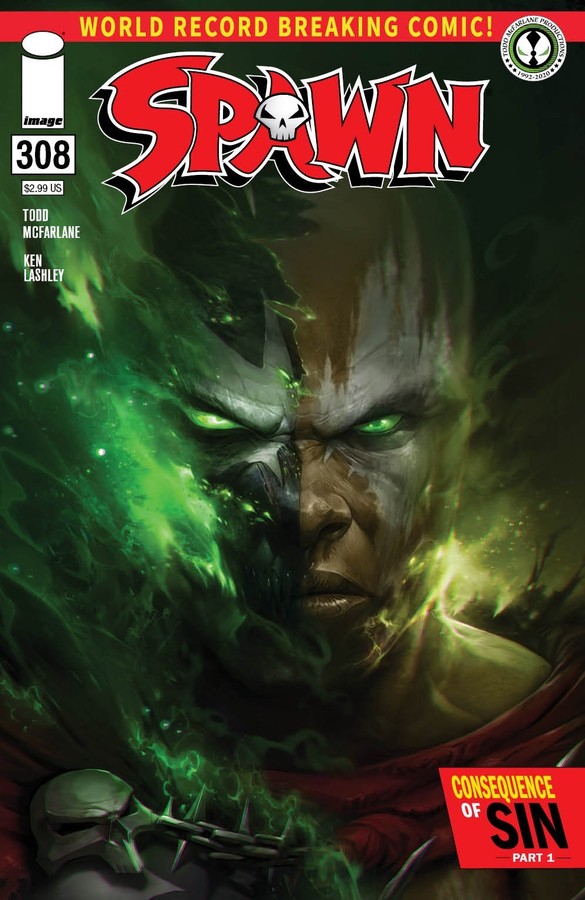 “I didn’t start any of this gentlemen. But I am sure as sh** going to finish it!” –  Gunslinger Spawn

“Consequence of Sin: Part 1” Al Simmons has seen the future. Now, the terrible consequences of his actions in SPAWN #300 and #301 will have a ripple effect that leads toward annihilation. His every victory and every defeat change his fate, and the fate of the world. 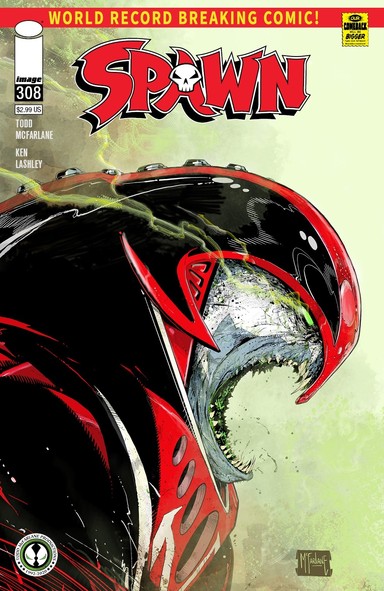 Ken Lashley takes over the pen and ink on this furthering developing world of Spawn where Al Simmons, alongside She-Spawn and the Reaper are helping him track down other Spawns from other dimensions.

Given the events of the last issue where Spawn was transported to the Raptor’s dimension and subsequently, Medieval Spawn and Al were in battle (we will let you guess how that ended), we now find Al and his team hovered over the uniform of Medieval Spawn pondering a few things.

McFarlane is changing the rules a bit.  Power meters are to go up now rather than down.  Al is not as strong as he used to be.  He also cracked open a portal allowing other Spawns to enter Earth as it now is, so we get a lot of Spawn.

Also, Spawns are not supposed to turn on each other and kill each other.  But what happened to Medieval Spawn and Al?

All of these Spawns may not have the same agenda as Al in taking down both Heaven and Hell, so it appears that all three sides are interested in the appearances of these green-eyed devils! 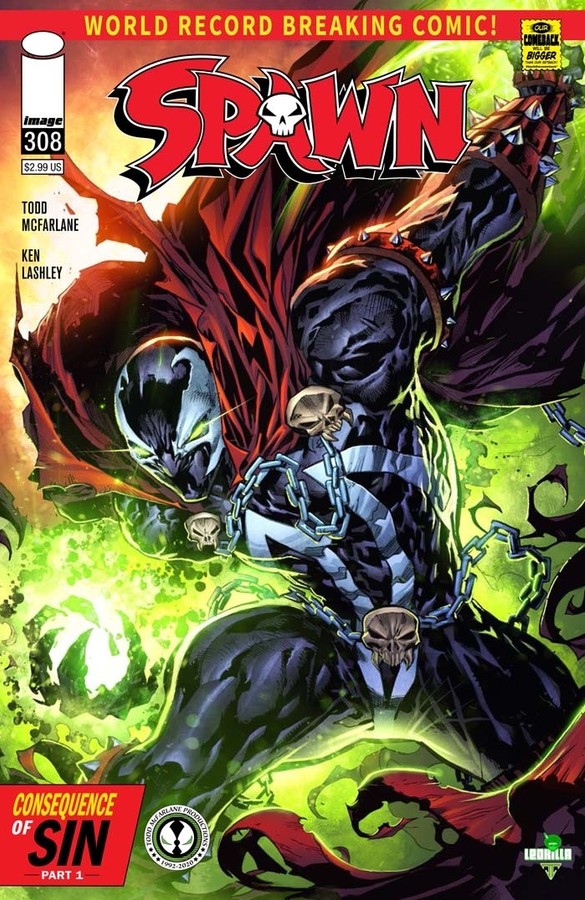 McFarlane makes some interesting turns in this issue starting with the cover.  He is notorious for drawing these random side profiles on his Instagram page, and now we have one that arguably is a Spawn in a Iron Man suit on the cover.  I’m interested in how this turns out as he is a bit of an Easter Egg bunny in that he hides clues all the time.

Curious enough  the gentleman in the graphic below who is addressing the “Hell Hounds” bears an uncanny resemblance to Ra’s Al Ghul.  I’m not sure if McFarlane and Lashley are providing an homage to Neal Adams or not.  However, there are frames in this comic where one would swear Neal Adams is drawing this character who is similar in every way to Adam’s Ra’s Al Ghul. 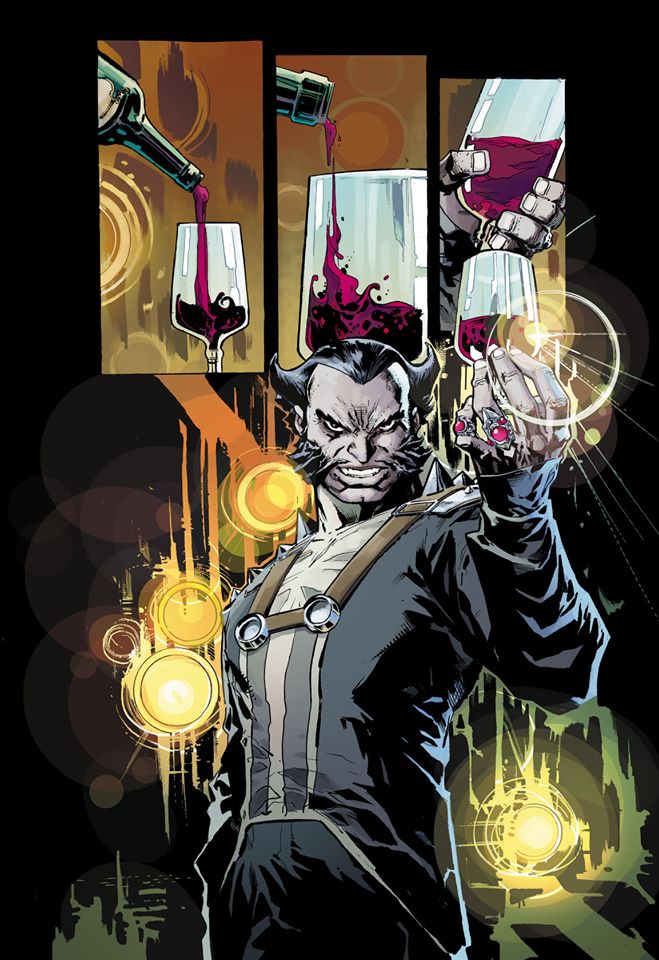 Speaking of homages, Gunslinger Spawn may be taken directly from the Dark Tower by Stephen King.  But I like his style…part Bill Bixby’s Bruce Banner (“You wouldn’t like me when I’m angry!) and part Clint Eastwood (love that hat!), this one is deserving of a series of comics on his own!

Speaking of… can we get this young lady below her own comic? 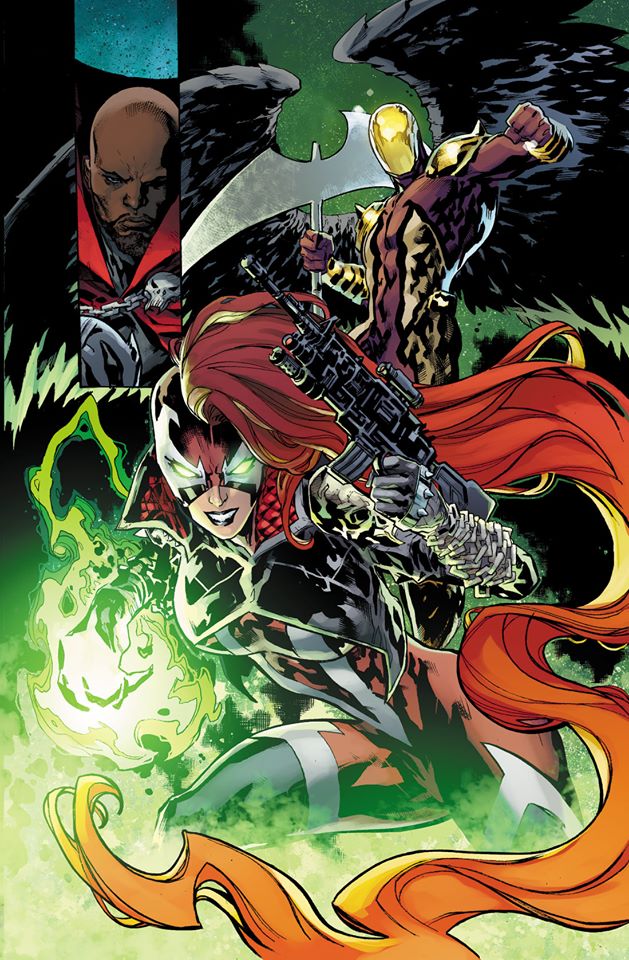 You drop the bomb from issue #307 and there is no Kincaid in this issue?

You leave an Easter Egg of a cover, but no explanation of the “Space Spawn” (my nickname of the cover, not McFarlane’s).

We know if Batman exists in Spawn’s world, then Ra’s Al Ghul can exist.  McFarlane and DC opened that portal long ago, so maybe we are getting another cross over.

The story telling is strong and we are introduced to yet another reason to see where this triangle of doom is going to collide.  Al and his team are simply searching for others like him.  Heaven really hasn’t entered the fray yet.  And Hell is on its way to leverage the Spawns against each other.  McFarlane told us he was doing some major work since issue #300 and he hasn’t disappointed.