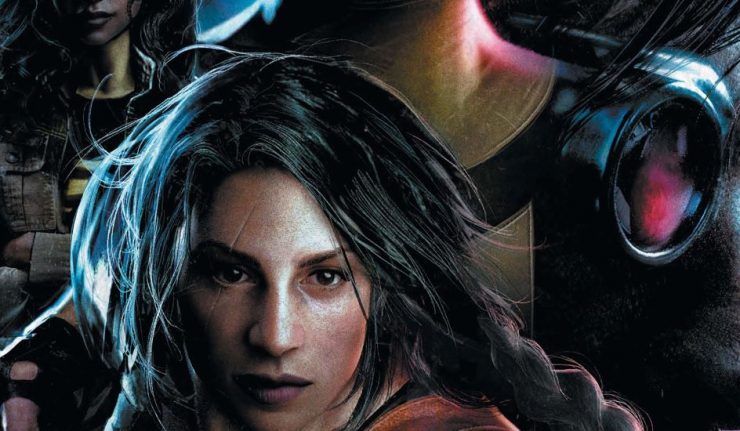 Annnnd he’s out! With a pardon in his pocket, Deadshot walks away from the Suicide Squad in hopes of reuniting with his daughter, Zoe, and making things right at last. But you can’t outrun your past when it’s still looking to kill you, and their family reunion quickly takes a turn for the deadly. To whom can Deadshot turn when he’s left behind everyone who once had his back?

Suicide Squad #7 has what I really wanted for this book…A focus. There has not been one so far. The first six issues were really just setting up a new team (and maybe a name change for the book) and a new baddie (who may also have good motives). Making Floyd the central figure here is also a good idea. I like Tom Taylor a lot, but his Harley has felt like a caricature of Harley but his Deadshot, has been, pun intended, dead on.

The are team of Juan Albarran and Daniel Sampere capture what it means to be a parent and what it means to be a kid. The action is excellent of course, but this is an emotional book. That sample page above has some spot on internal dialogue from Floyd, but the facial expressions tell it all. Then, the page that follows. Well, that sets the stakes for this issue and all the issues to come.  It is worthy of one page all to itself. Smart idea gents. My hat is off to you.

Honestly, there is nothing to report here. It was a bit of a Deus Ex Machina when the team showed up, but I’ll give it a pass. The annoying members of the team are not in this much, so that helps too.

Suicide Squad #7 is by far the strongest issue of this new run. The smart thing Taylor and team did here was to make us actually have the time to care about Zoe Lawton. She is essentially a mythological creature at this point. When we finally see her, and all that she is and all that she can be, we finally feel the empathy for Floyd that has been missing for years. I like this. I am not sure how I feel about what is coming, but this issue, is perfect.