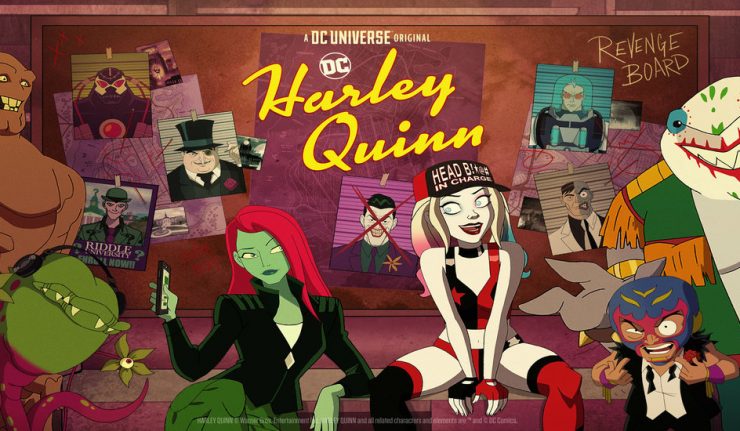 There’s some good news and some less-good news for fans of the Harley Quinn animated series when it comes to Season 3. Showrunners Justin Halpern and Patrick Schumacker talked with Deadline about the show, and the timing of a third season.

As for whether we might expect Season 3 in 2021, Schumacker said:

“That would be, I think, an optimistic guess. I don’t know if they’ve announced the episode order number yet, but let’s just say, we’re not doing two seasons back to back, like we did. That may give us some relief, in the sense that there’s not as big of a production load. So, I would say optimistically, we’re looking at probably the end of 2021.”

Regarding the general direction of Season 3, Hapern said:

“[T]he general idea we’ve been talking about…And the room hasn’t even started yet. These are just conversations between Dean Lorey, and myself and Patrick. [But] the idea [is], when you’ve mostly been in toxic and bad relationships your whole life, how do you then be in a good one? How does the baggage that you bring from all these other relationships affect the relationship you’re in that you really want to work?”

As for Poison Ivy’s expanding role on the show, Halpern added:

“We spent two years digging into Harley, and Ivy was her own character, but her stories were told mostly in relation to Harley. So, I think in this third season, it’d be interesting to flip that, and dig deeper into Ivy and her life, and tell some stories through her point of view. So, we’re excited to be able to do that because it feels completely new—somewhere to go that we haven’t gone, that isn’t going to make the audience feel like, ‘We saw two seasons of that. What the f**k is this?’”

Whenever Harley, Ivy, and Co return for Season 3, HBO Max will be the place to find them.