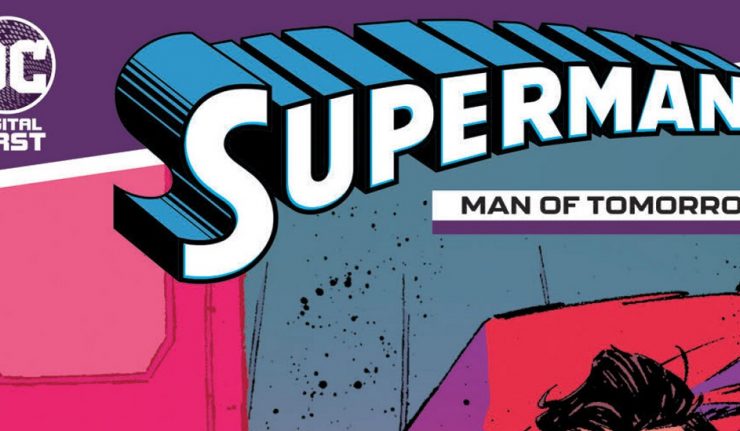 “Don’t let Batman get in your heads.  He’s a normal guy with a smart mouth!” – Ultraman

Superman: Man of Tomorrow – “World’s Vilest” – During a heated argument, the Man of Steel and the Dark Knight are ambushed by a cadre of evil Multiversal doppelgangers. It’s Batman versus Superman in this no-holds barred brawl between good and evil!

Let’s talk art, pencils, coloring, and the fact that there is an imp Superman?  An imp Superman?  I have to say that Jorge Corona has a real feel for the World’s Finest in this particular medium.  There is a “frantic feel” to his art, and it works really well in the battle scenes.

The facial features of Batman and Superman with Corona in charge shows their hearts and not the rugged handsomeness that other artists portray.  Batman is a dour sour puss.  And it works!  Superman is slack jawed and rugged and barrel chested.  It works!

The capes…no one provides more capes lately than Todd McFarlane, but Corona let’s the capes do the talking.  Great action scenes.

The story…I always feel like Batman is in charge.  Now Clark appears to be flexing and rightfully so.  However, Dave Wielgosz, provides a great story here in which Clark is admonishing Bruce’s tactics for lack of teamwork.  We go down this road often in that the human of the team, arguably the leader of the Justice League, never recognizes that he needs Superman, and others if he wants to accomplish saving the world.

It’s awesome how Wielgosz allows these two to both take out their frustrations on the other when battling Multiverse doppelgangers in this issue.

The Batman Who Laughs…absent.  The Grim Knight…absent.  Who is this Batman with no eyes?  Really, who is he?  I want a story about him!

I hate that this is digital only as the colors leap off the screen.  I want posters of Jorge Corona’s work!  It is just that awesome!

So, DC Entertainment really provides in this digital format.  It’s new, it’s fresh and a great playground for both authors and artists who want to flex their digital mediums before they hit the printed page.  Awesome work all around!