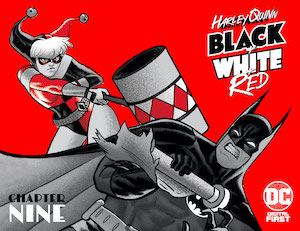 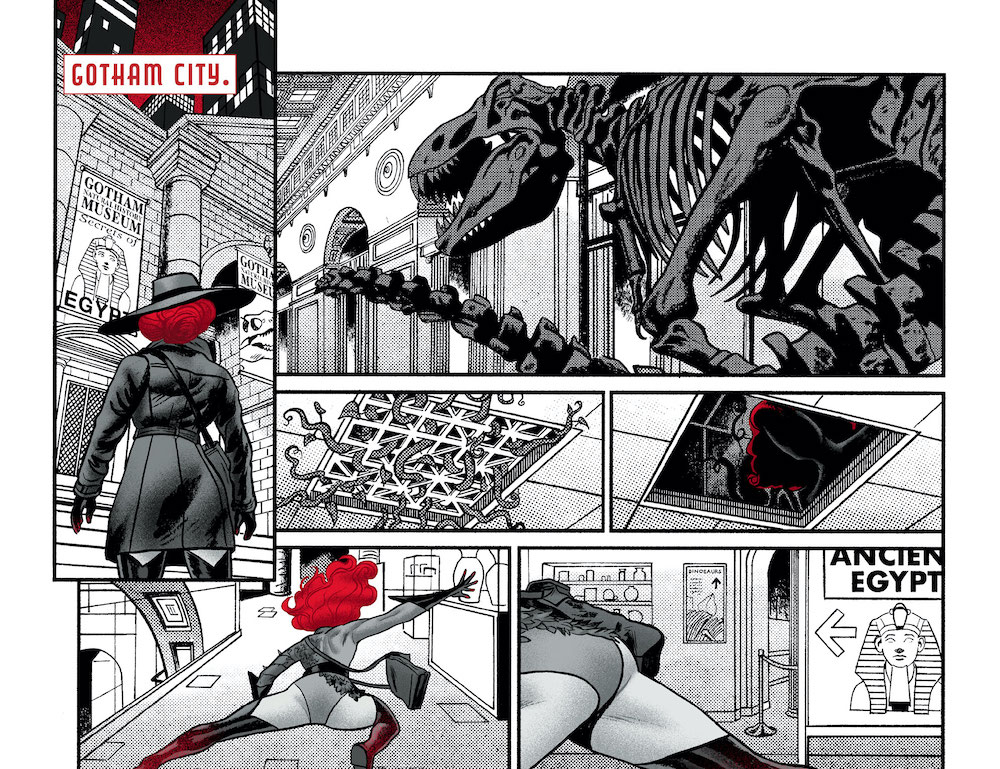 Readers need to know more about Harley’s photographic memory. This reviewer did not remember that fact and it was a fun surprise that created a wonderful crux to the story. When Harley rips a valuable map that Ivy needs, only Quinn’s picture-perfect memory can pull it all together.

Batgirl makes a great cameo appearance. In her words, “stop the demented duo with a more dynamic one” is vintage Babs at her best. She’s the voice of reason who tries to get through to Harley at every turn. From her stylish threads to perfect tosses, heartfelt advice, and fearless leaps, Barbara is a thrill to watch and read. 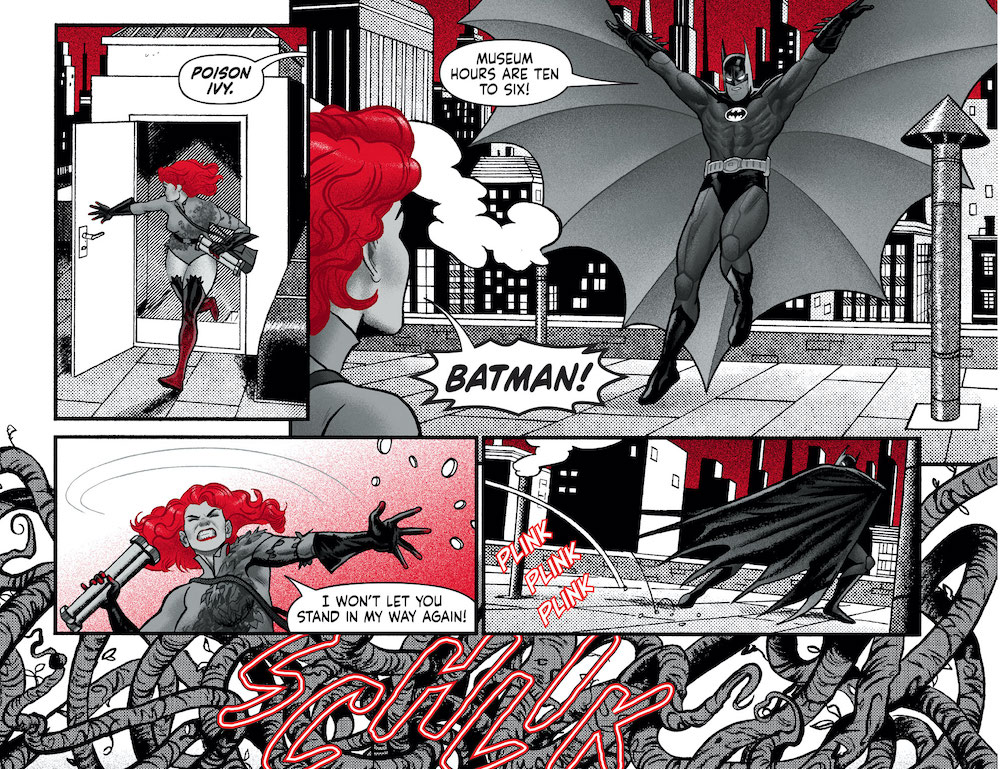 Ponce de Léon was one of the first to seek the Fountain of Youth. This time it’s Poison Ivy. Back in issue seven, Ivy mentions an upcoming robbery to Harley right before their apartment goes up in flames. Now, her ultimate goal in this issue is to rob a museum for a priceless map that leads to the famed fountain.

Ivy’s bolo seeds are a great device. If Harley didn’t make an unexpected appearance it might have been fun to see how long it would take for Batman to get free. But, just because Harley helps Bats get free and with an errant hammer swing helps tear the map Ivy stole, doesn’t mean Quinn’s heart isn’t in the right place.

If there is such a thing as a spoiler in a fun series like this, it would be that the Fountain of Youth is really a Lazarus Pit. It made the connection to Batman’s pursuit stronger. And, it pulled on the emotional harpsichord strings of readers who know how much horror the pits have brought to Batman’s life. But so much is already known about the Lazarus Pits. This was an opportunity to introduce a new mythos. Much like the one that began when Harley was first introduced in Batman: The Animated Series.

The real treasure in this adventure is the love Ivy and Harley share. Despite her bumbling buffoonery, Harley’s commitment to the woman she loves is unmatched. The power of a Lazarus Pit can grant life and rebirth, but it also brings madness. When that madness threatens to destroy the woman Harleen loves, only love and all the risks that can come with it are able to bring two of Gotham’s craziest birds together.

Like the beautiful Batman: Black and White that inspired this Harleen version of the same concept, Harley Quinn: Black + White + Red is filled with a brilliant mix of light and shadows. The emotions and intentions that are heightened by the use of red are masterful. The result is a book and series that belongs on the shelf of any collector or fan.