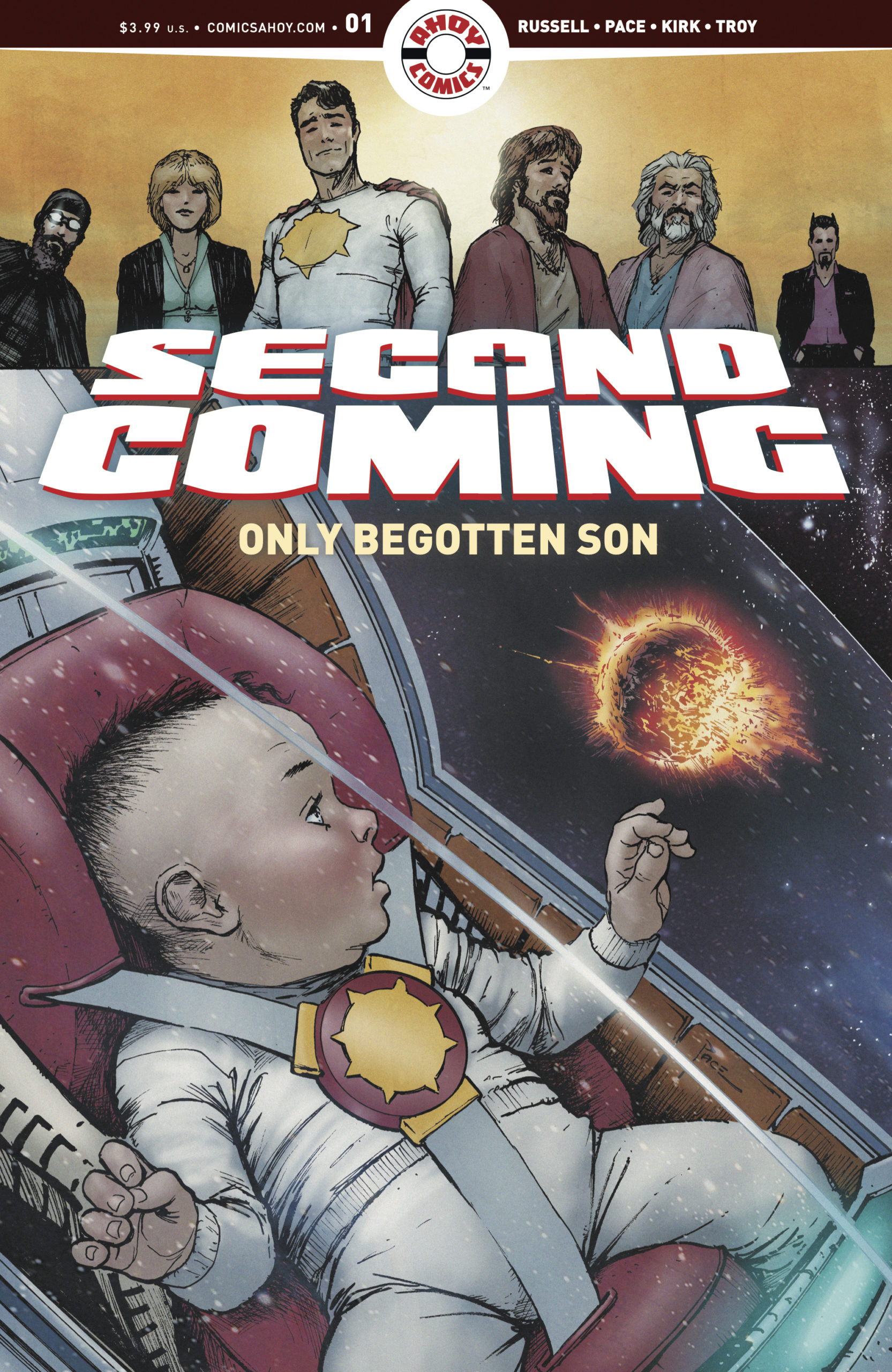 The world’s most dangerous comic book and the most lovely” (Comics Beat) returns for a new six-issue series, by superstar writer Mark Russell and artists Richard Pace and Leonard Kirk. The infant Sunstar will grow up to fulfill his destiny as Earth’s most powerful superhero and roommate to Jesus Christ – but first, he and his parents must endure the mundane and the tedious on the last night of the doomed planet Zirconia. All AHOY comics feature extra prose stories and illustrations. 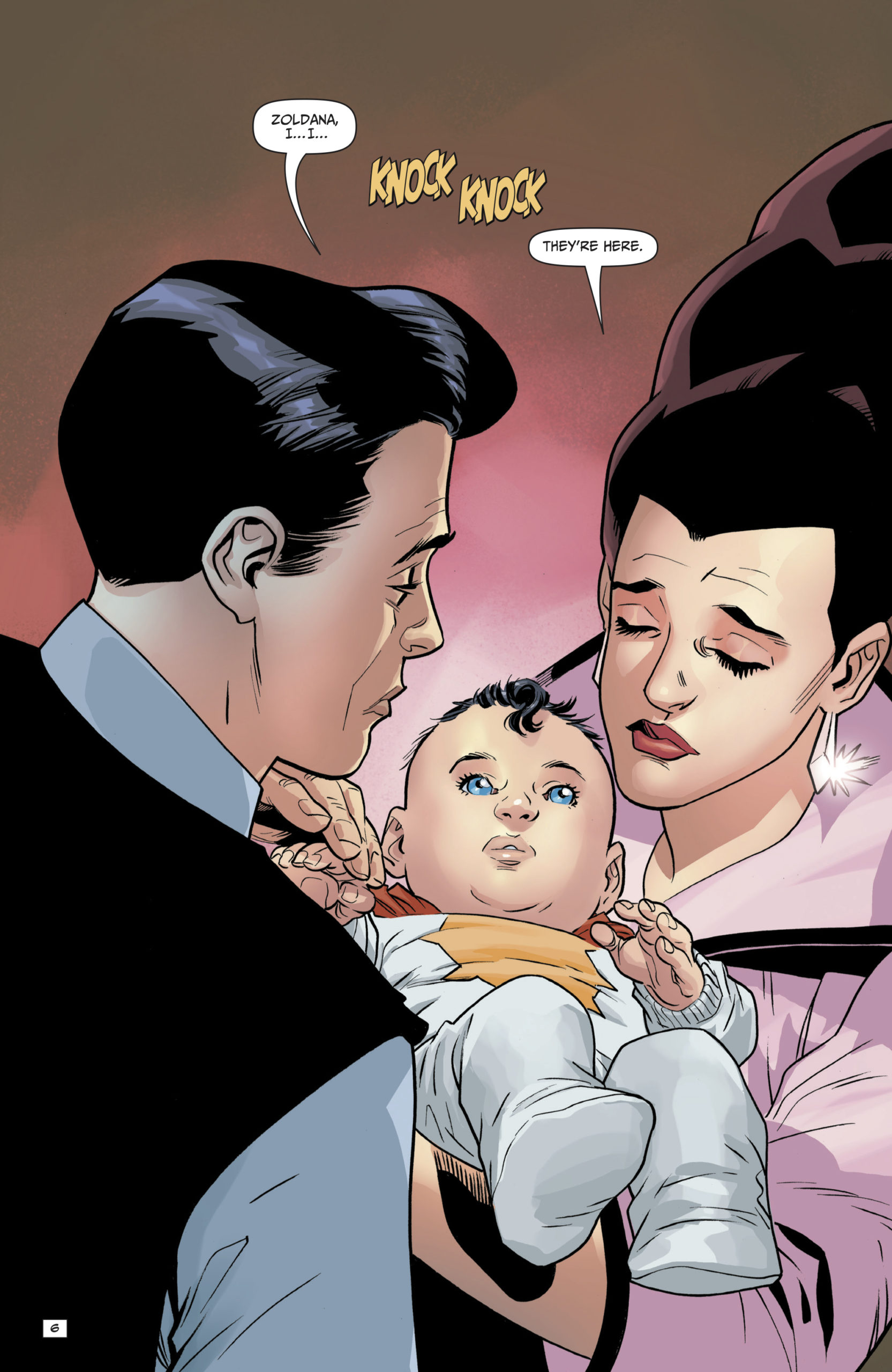 Where to begin heaping the praise on this book? Well, let us begin with the visuals given to us with care and joy by Richard Pace and Leonard Kirk.  They split the duty here, but they work seamlessly. The world of Zirconia is stunning and hysterical. Russell gives the artists plenty of fodder for humor but he also created a world that takes massive skill. Drawing a world that is essentially translucent must be difficult. Pace and Kirk manage to pull it off without it looking absurd like the Wonder Woman’s invisible jet from the 70s cartoons. 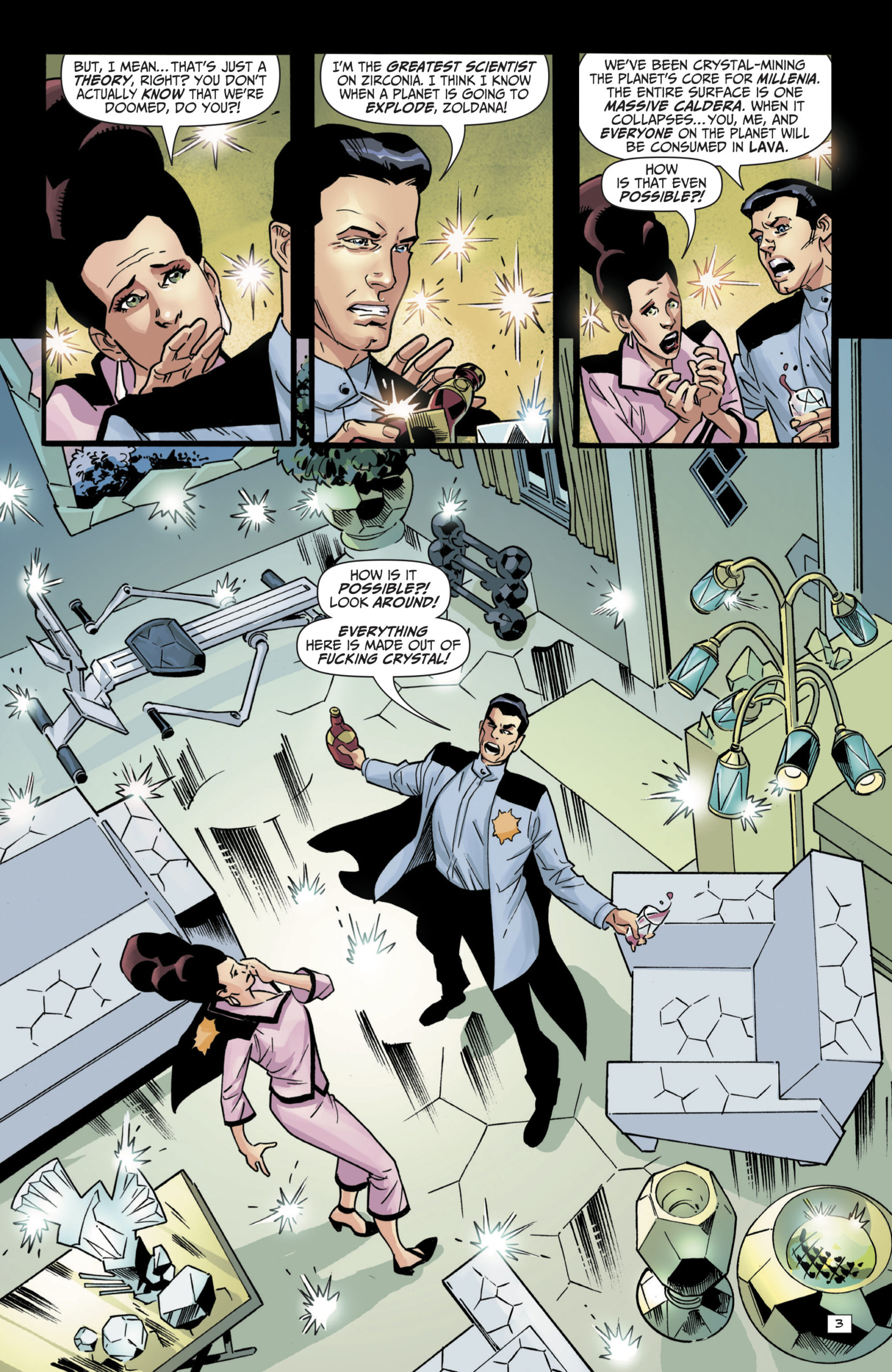 Mark Russell continues to prove to me that he is America’s best working satirist. We all knew that Sunstar was based on Superman, but his take on it here, is special. We have spent our lives thinking about Jor-El and Lara as these heroic figures who are above the fray. Russell shows us what it looks like when the big guy’s parents are just regular folks who, like the rest of us, have crappy days and who, like us, handle things poorly.

Of course, no Russell script would be complete without some sort of stinging social commentary that makes you laugh because you don’t want to cry. He writes from the perspective of Sunstar’s father as he watches his only begotten son to Earth:

“Farewell, son. I can only hope you find a planet that isn’t as short-sighted and self-destructive as ours was. A place that takes its survival seriously.”

Second Coming: Only Begotten Son #1 has no problems that I can see. It is a beautifully drawn, scripted and executed. Mic drop.

Second Coming: Only Begotten Son #1 takes the story of Sunstar to the place we thought it was going. The references to DC’s big guy is clear and yet, Russell, Pace and Kirk make this their own story. It is a welcome return of one of the best comics in recent years. These guys deserve a chance to keep telling their story and honestly, we all deserve a chance to read it.

The Flash Gets New Creative Team In March