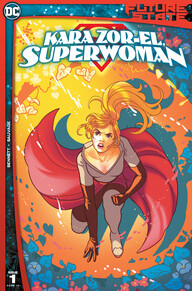 “Regardess of what I deserve, or what I think or feel I deserve, this is my place now.” – Superwoman

Future State: Kara Zor-El, Superwoman #1 – Kara Zor-El, Superman’s hot-tempered cousin, has finally found peace and purpose away from Earth and its heroes.
Now known as Superwoman, she watches over the Moon and the refugees from across the galaxy who have congregated there.
But all of that is about to change when a spaceship piloted by a runaway alien crash-lands and turns Kara’s world upside down! Does this fugitive come in peace? Or does this arrival bring war to our hero’s front door? 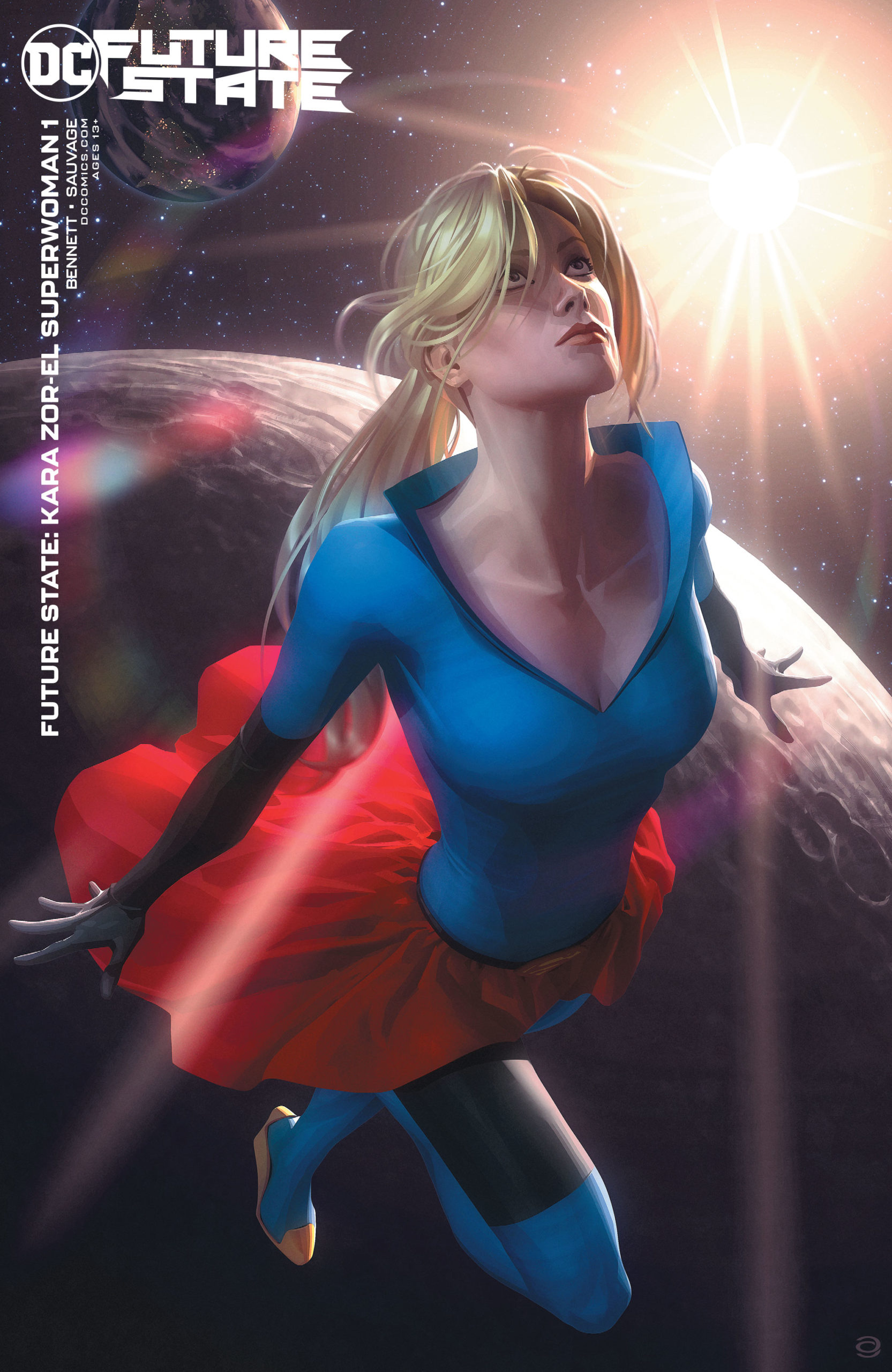 Marguerite Bennett places Kara in the midst of a Moon colony where she appears resolute that her  time has passed on Earth as a superhero.  Or at least as the main focus of the House of El.

Bennett explores new issues for Kara as she has transformed her in this new venue as “Superwoman” and not “Supergirl”.  Kara’s resolute that  Jon Kent is now Superman and she is the overseer of the moon’s colony.

Operating on tenets of “Help Others” and “Be Kind”, she appears to be resolute in this being a utopia of sorts where she can accept all that come to the Moon.  Above all, Bennett approaches this character with a newfound peace that Kara seems to have earned and wishes to keep. 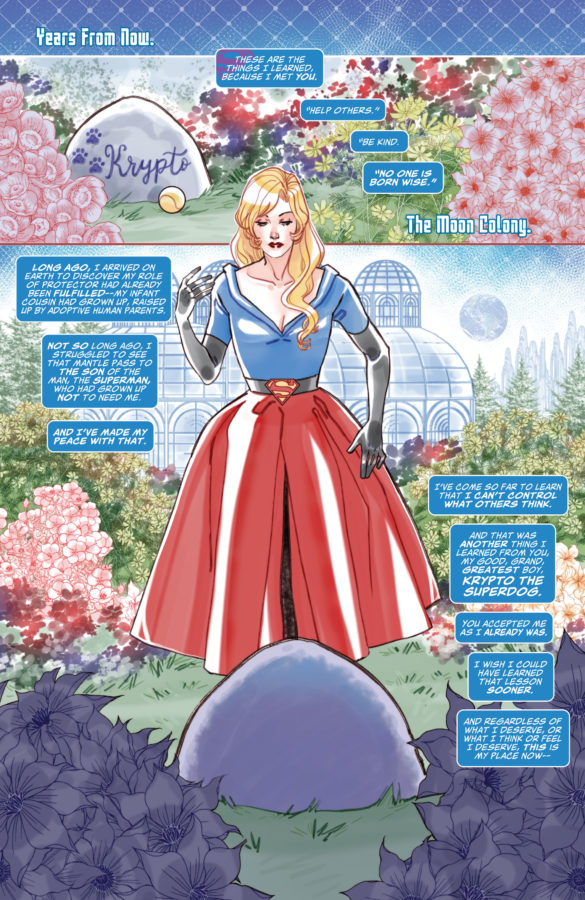 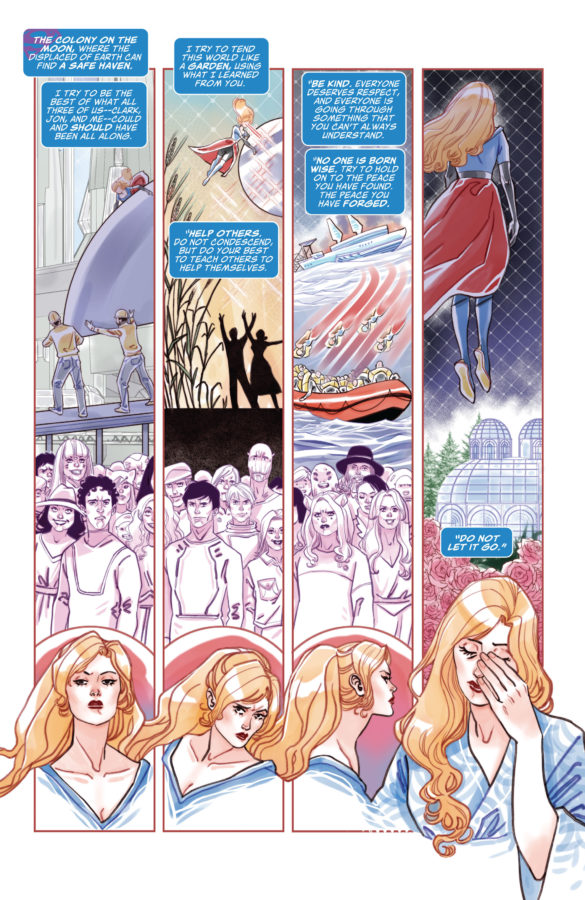 Now pair this with the arrival of a power being named Lynari whom Kara approaches with a mentorship type relationship that soon turns a bit sour on both parts.

Despite lessons learned from Superman and arguably her best altruistic influence, Krypto, The Super Dog, we are left with a bit of a cliff hanger .

Marguerite Sauvage‘s pencils are strong, but this comic, for such a heavy script, has a light airy feel to each frame.  Perhaps we are in store for a heavier crescendo in future issues.  Readers should love the way this book is presented, but rest assure, there are many many layers to Kara in these pages. 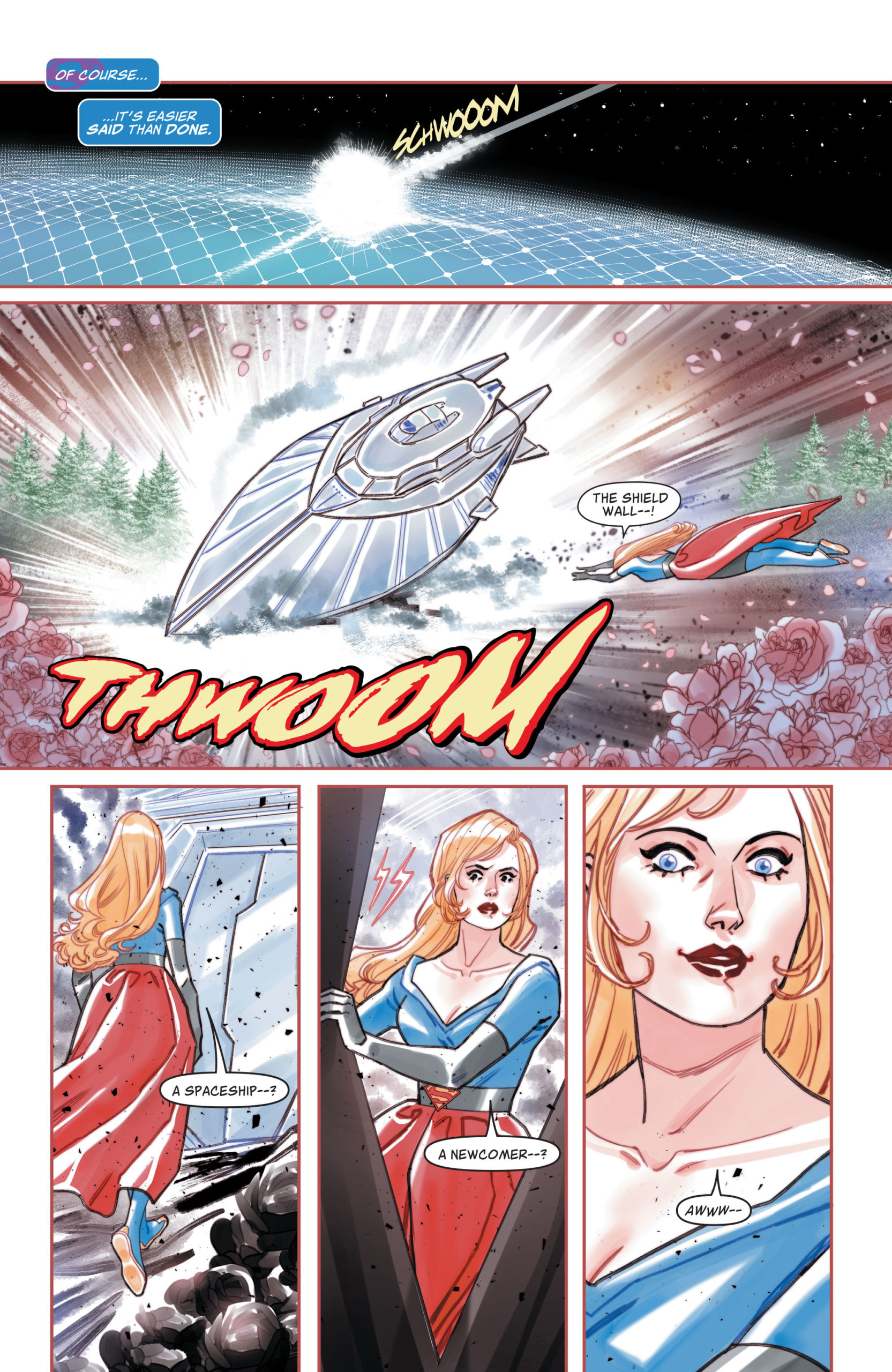 I’m confused as I have been a long time reader of Supergirl and perhaps, like others, may have missed the turmoil that she may have been hiding in being arguably a second fiddle to Superman.

Bennett really provides a mental health onion here with Kara and writes our hero into an affirmation of daily mantras for her to keep her cool.  Perhaps this could not have been a better time for this to come about, but I do view this as a “negative”.

It is “negative” in that why could we not have seen this sooner about Kara as a  female protagonist in comics.

Literally her expectations were to come to Earth to help mentor Superman, but she never got to see that mission fulfilled.  She also saw Jon “inherit” the main focus of the El family on Earth.  I like what Bennett has done here in addressing the complexity of this character. 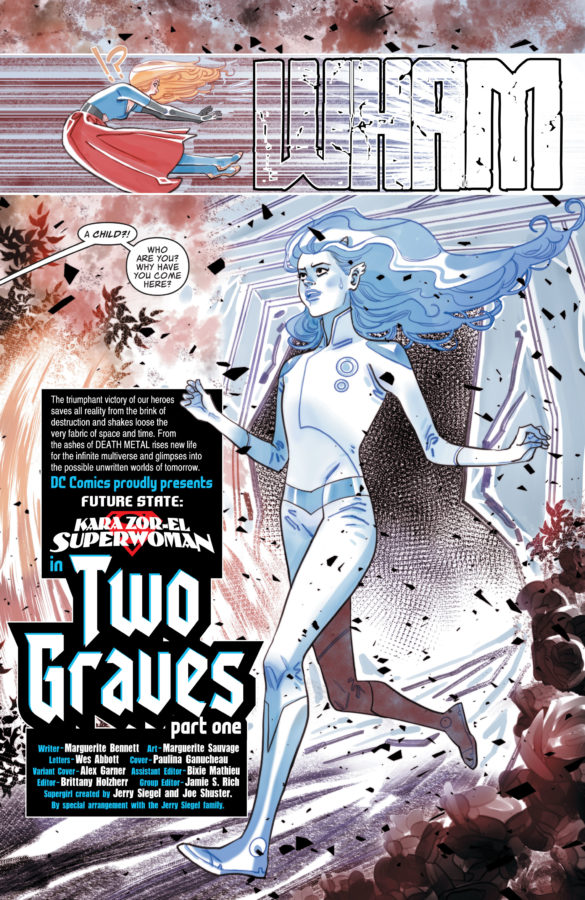 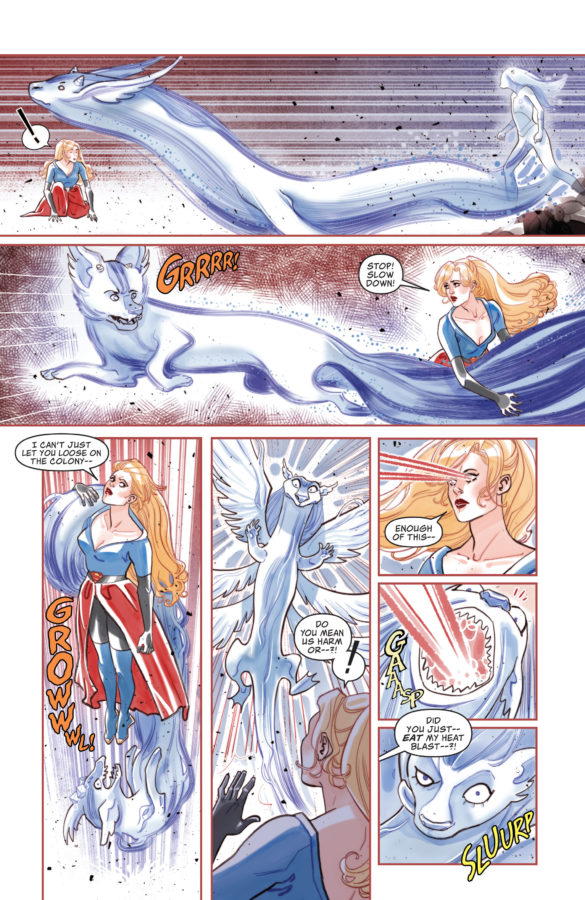 It was time to sew this up.  I would even argue that there were some avenues that could have been explored less (The Batman Who Laughs virus?) and some even more (The Grim Knight).  I do applaud the duo of Snyder and Capullo.  Their work is so strong together and a comic reading community is so much better for having this “Reese’s Cup” in our lives!