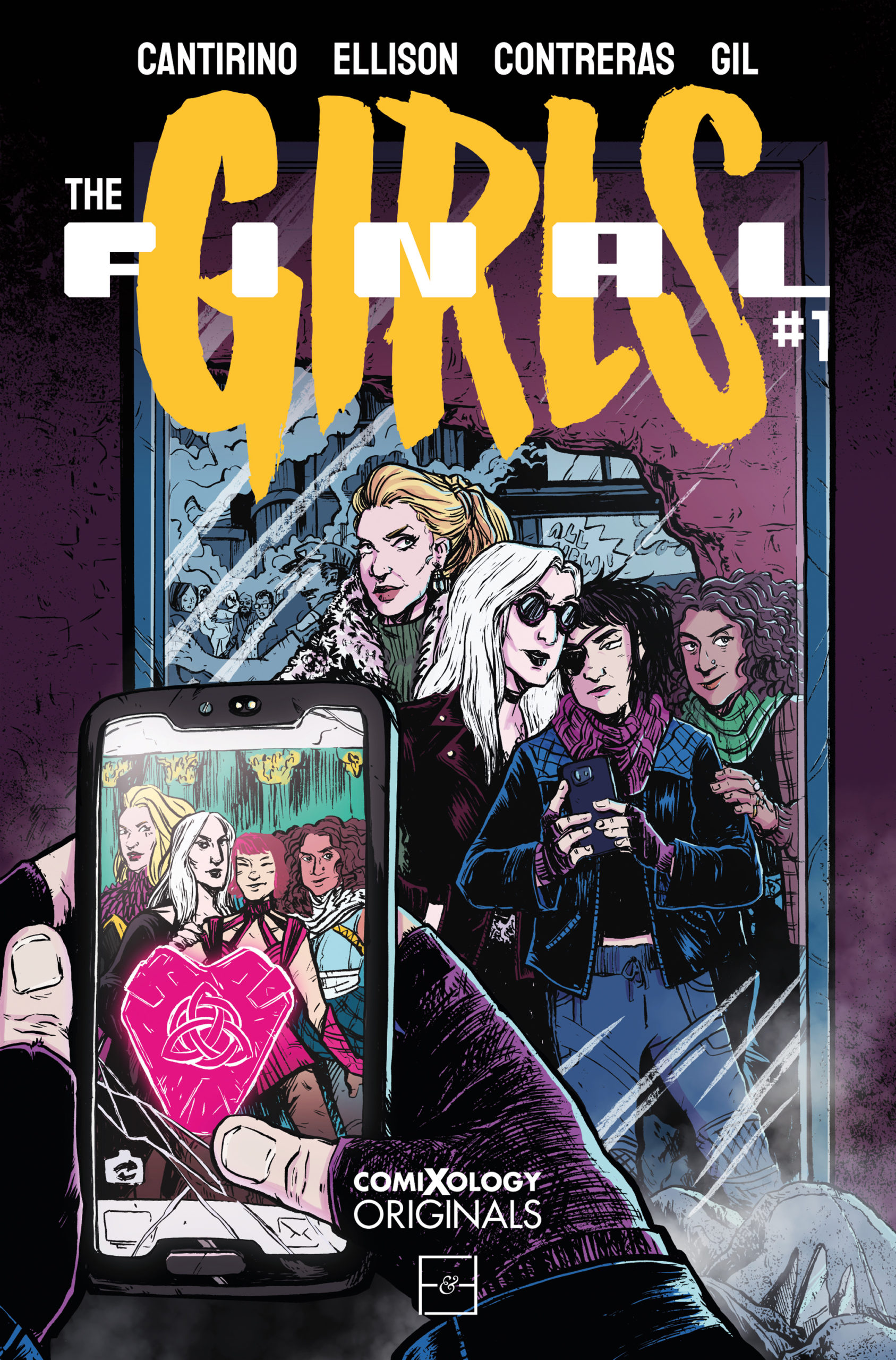 The world’s most powerful working hero, Scathach, asks her retired peers to punish another hero for a crime. Her friends Kogarashi and Bavanshee secretly agree to pay a visit to this hero, Claymore. But Claymore is very popular and famous… And all the kids want to be him when they grow up.

Kogarashi and Bavanshee kick the crap out of Claymore. But thanks to a misunderstanding, Selkie thinks Claymore’s sneaking around means he has been cheating on his wife Ash. The problem starts to get out of hand and into the press.

The Final Girls have to revisit old traumas to deal with their past catching up with them. Kogarashi goes to confront Old Glory, the most well-known hero of the century who is currently in prison, and ask him what to do. 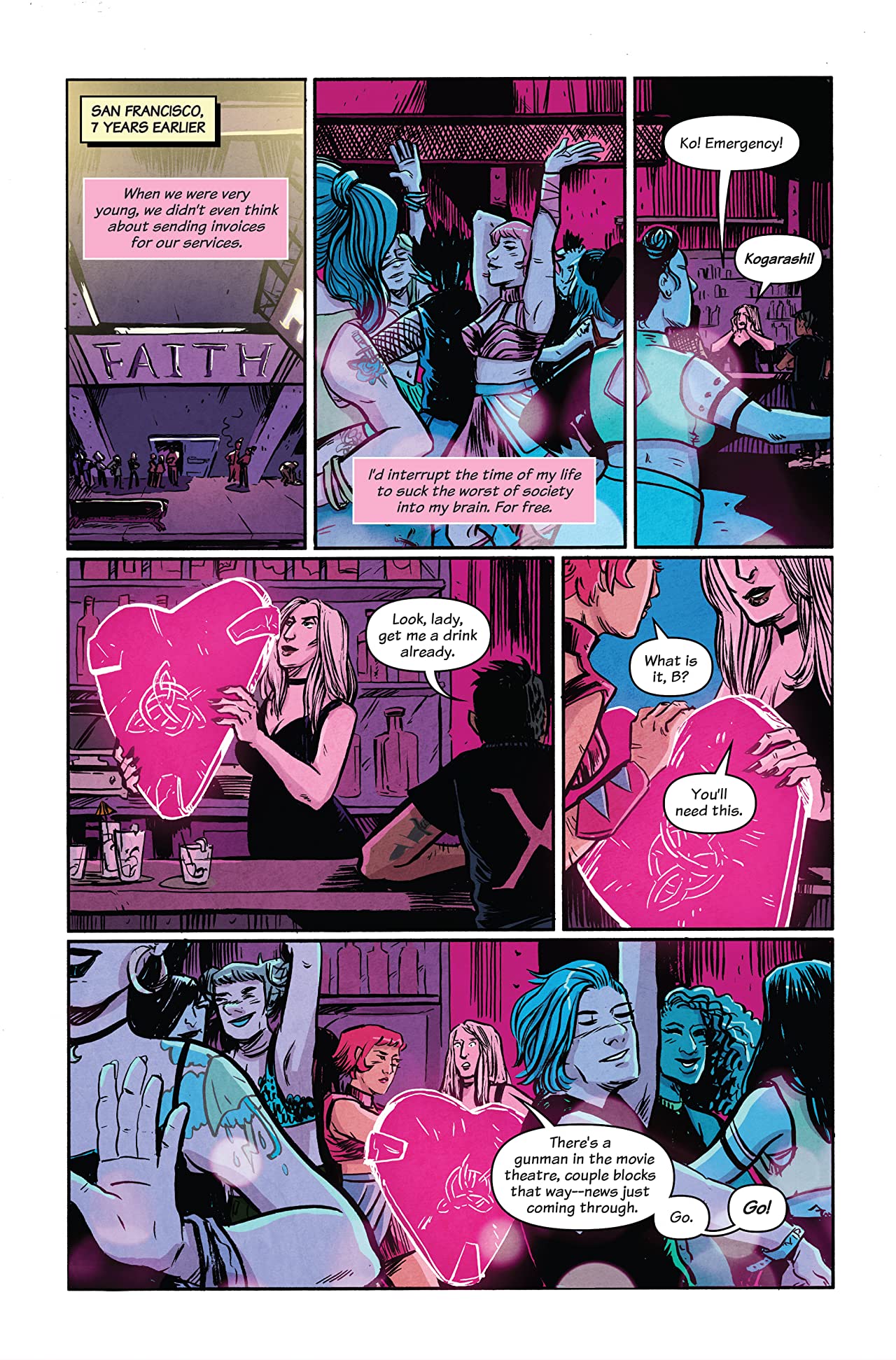 The Final Girls is a colorful, powerful, meta commentary on the way male characters act in comics and in the world and how women are treated in comics and in the world.  There is not a ton of subtext. Ellison and Cantrinio leave it all on the page. There is no way to read this and leave questioning their motives. This is important. The toxic fandom that exists for women in comics is real. The toxic work environments for women who work in comics is also real. Of course, the way female characters are abused and tossed aside is so prevalent, it has its own word.  These women are not in a fridge and that is incredible. 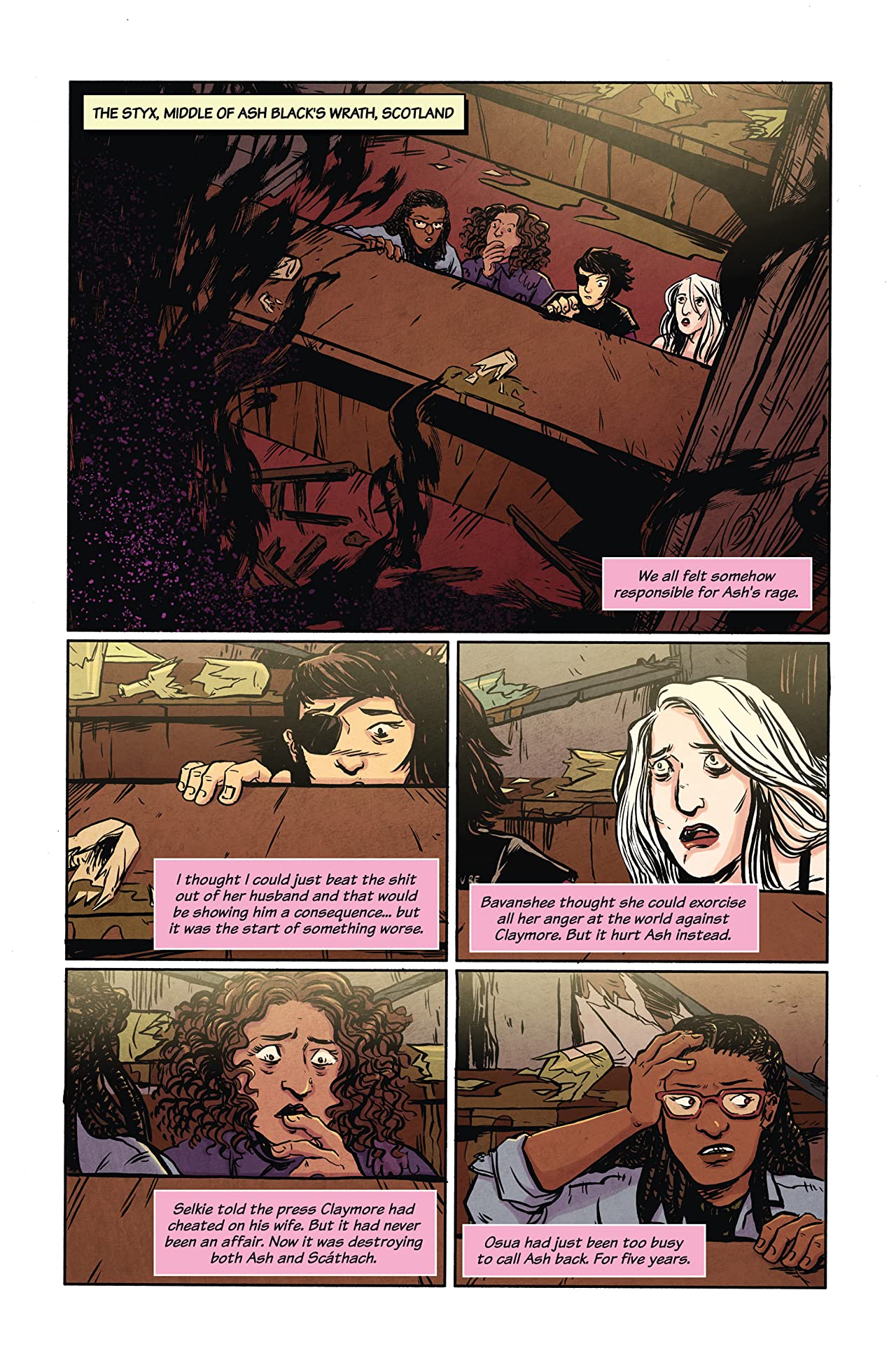 This series is really hard to read. Not just because the subject matter is hard, it is, but the way the story jumps around just jars with me. I have been reading comics for 35 years and I would like to think I can follow a story in comic format. I don’t mind leaps of logic, time or space. The problem with this book is that often there are leaps of all three and that really makes this difficult to follow.

There are some prose entries at the end of each issue which help a bit, but they feel tacked on. This series needed to be shorter so some of the confusing parts could be cut, or longer (which would have been better) so that we could spend time with the characters a bit more and we wouldn’t need the tacked on bits.

The Final Girls is something I wanted to love. When I saw it was there for the taking, I wall all over it. I like thoughtful, meta commentary type of books. That is my thing. There is plenty of that here, but ultimately I found that the book left me disappointed. The final essay, where the creators acknowledge this is fantasy and thus, one must expect a fantasy type ending where everything ends well (ish). I disagree.  Sometimes times things end badly, even in a fantasy book. If the creators were asking readers to cope with some pretty heavy, heavy heavy trigger warning stuff, then they shouldn’t wrap it up with an ending like that.

Ultimately, I am glad this book exists. I think it has some important things to say and I am glad they were said. I just feel, as a comic, it did not work. The message was lost in the chaos. I am not sure if Comixology decided the ultimate length of this series, but five was just not enough to do it justice.