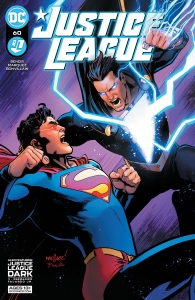 Justice League #60: Superman, Batman, Green Arrow, Black Canary, Aquaman and Hawkgirl join forces with Black Adam to fight an all-new world conqueror! But how do they stop the unstoppable power known as Brutus? Enter new mega-power sensation Naomi, who comes face to face with the League and brings along Queen Hippolyta of the Amazons for a blockbuster battle for the ages—with a last-page cliffhanger that will leave everyone guessing what’s next!

And in the backup tale, the new Justice League meets the new Justice League Dark, and the demon Etrigan calls the team to action—but Batman has other plans. This team needs a leader, but what twisted secret prevents Zatanna from stepping forward? Plus, Ragman makes a startling discovery—one that may cost his life!

Justice League #60’s first story focuses on the League’s soon-to-be new members: Black Adam, Naomi, and Hippolyta. The villain Brutus serves as the catalyst for bringing all three into the League. Brutus came from Naomi’s planet of birth. He proceeded to invade Black Adam’s country, Kahndaq. And then League arrives in Central City too late to fight alongside Hippolyta, as the villain has already retreated.

We also see that Hippolyta appears to have a major problem with Adam. We learned in Endless Winter that they have worked together in the past. Could this animosity be due to the events in that story, or does that grudge relate to some other untold encounter?

The team sets off to face Brutus on Naomi’s homeworld. I’m glad that we’re going to finally learn more about her homeworld. A lot of questions were left unanswered in her original series, and now Bendis has the chance to answer them.

They take Naomi along, as she’s the only one with any knowledge of that world. Also, despite some protests, they take Black Adam along. Superman seems to be the most willing to believe that Adam is truly willing to reform. I know that DC has tried to reform the villain before, but I suspect it might actually take this time, considering that DC has a Black Adam movie in production.

I love Barry’s redesign of the Cosmic Treadmill. He’s finally reconfigured it to accommodate Barry taking passengers along on temporal or interdimensional trips. Just having to hang onto Barry while he runs, like Batman had to in “The Button”, looks rather undignified.

The regular League also makes an appearance in the Justice League Dark backup story. The Demon Etrigan steals the show, as he explains the threat that Merlin poses to both League teams. The proposition of Etrigan joining the JL Dark team is sort of a reverse mirror of Black Adam in the main story: Superman distrust him, but the others seem okay with it. 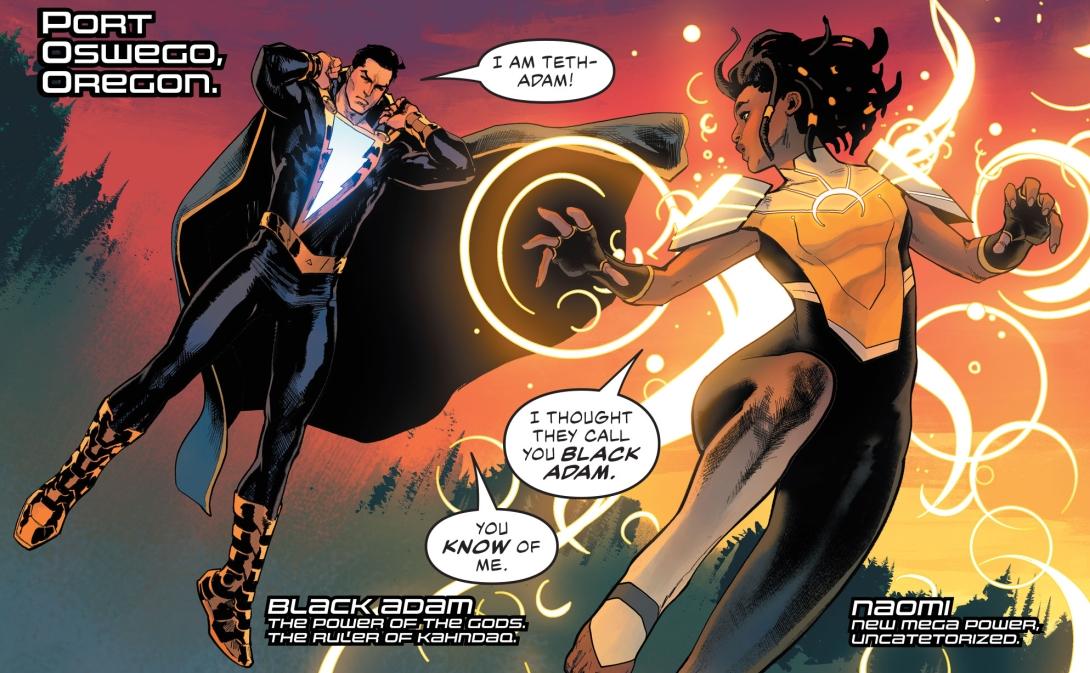 Most surprisingly, Batman gives his approval, stating that he has faith in Zatanna’s leadership, stating, “This is a magical threat, and if Zatanna thinks this is the best way forward–if she takes the lead, I’d be comfortable with it”. With this pronouncement, it’s pretty well decided that Etrigan’s in and that Zatanna will take Wonder Woman’s place as the team leader.

But Batman privately warns Etrigan, “You do anything to undermine her? You hurt her in any way… I’ll come after you”.  This leads directly to an exchange that shows exactly how much of a badass Batman really is. Etrigan gets right in Batman’s face and blusters: “I am a demon of Hell”. Batman doesn’t flinch, simply responding “and I’m Batman”.

I’m glad to see Detective Chimp also returns this issue. It wouldn’t quite be the Justice League Dark without Bobo. And we get to see another soon-to-be member appear as Rory Regan, a.k.a. the Ragman has a run-in with Merlin. Ragman has always been a favourite of mine, so I’m glad to see him show up.

The artwork in both stories is top notch. With some characters appearing in both stories, it was interesting to compare David Marquez’s and Xermanico’s renditions. While both artists have differing styles, they were still recognizably the same characters. It could have proven jarring if their appearances changed drastically between stories.

There’s also a notable dichotomy between the two stories. The first is very grounded in science fiction: alternate dimensions, the Cosmic Treadmill, etc. But the second story tends toward magic and horror. And each artist’s style perfectly fits the type of story they’re drawing.

I have found Brian Michael Bendis’ work at DC to be very hit-and-miss. Young Justice was great, but his Superman books was all over the place in terms of quality. However, he seems to be off to a good start in his Justice League run. I have no similar apprehensions about Ram V. His writing has never disappointed me so far. 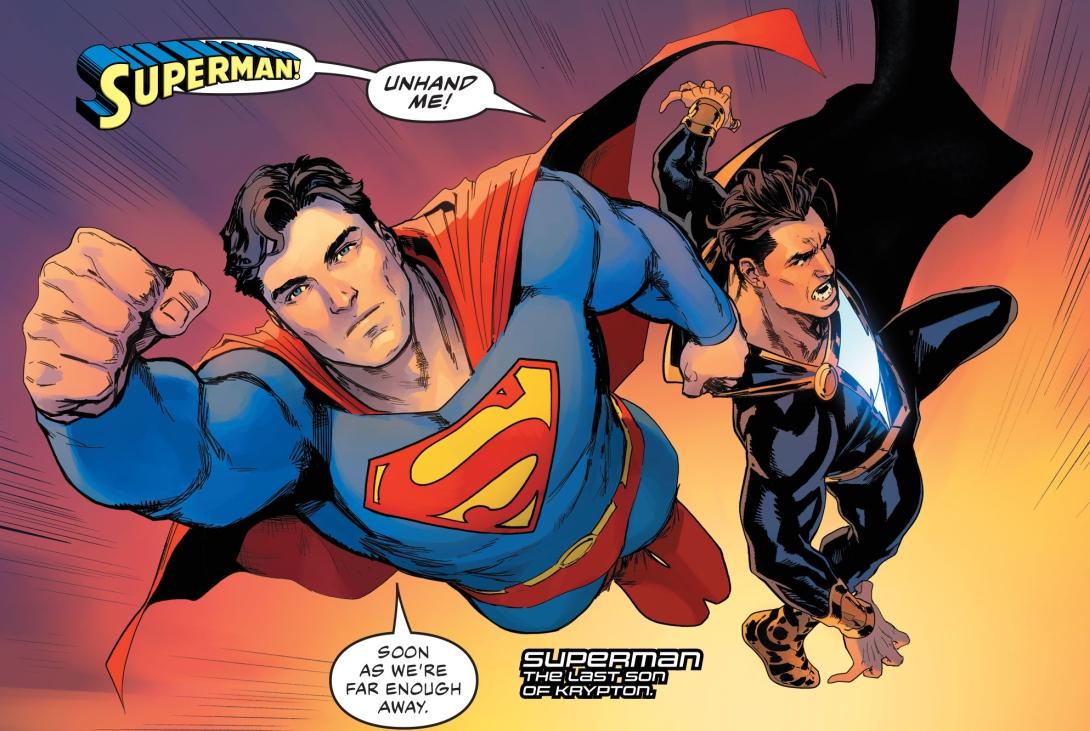 Both stories in Justice League #60 build on the strong start from last issue. Bendis seems to be bringing his A game to this title so far and Ram V always does so. And they are backed up with some fantastic artwork from Marquez and Xermanico. Things are looking pretty good for the months ahead for both stories.