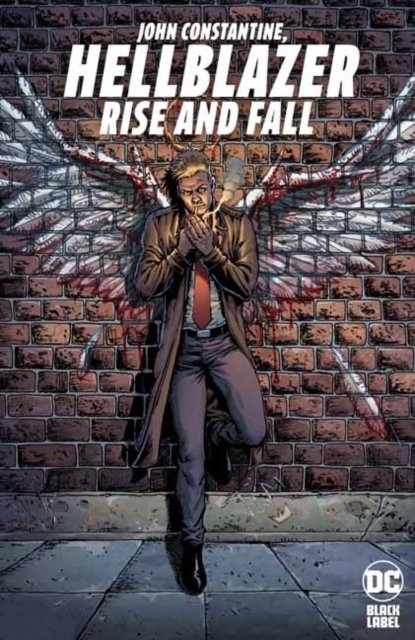 It’s no secret that, right now, Tom Taylor is one of the hottest writers in all of comics. Just look at his track record: for DC Comics alone he’s given readers the amazing Injustice series, some of the finest standalone Batman stories, and the incredible DCeased saga. Now, he’s brought his own brand of magic to John Constantine, in the brilliant Hellblazer: Rise and Fall.

I’ve been a John Constantine fan since his very first appearance, way back in Alan Moore’s legendary Swamp Thing run of the 1980s, and into his own series Hellblazer, originally written by Jamie Delano. From the opening pages of this book, it feels like Tom Taylor has too. I think it’s poetic, clever, and absolutely hilarious that the doctor who brings John into the world, shares a surname with the writer who gave readers the character’s first solo adventures.

From that moment on, I knew that I was in for one hell of a story. Pun 100% intended.

Hellblazer: Rise + Fall delivers vintage John Constantine. This is the guy whose life has been a living nightmare since childhood, who loses almost as many friends as he saves, and the man who knows that monsters are real. Taylor shows us one of John’s earliest attempts at performing magic, and introduces us to a new (and brilliant) character from his past. Of course, we also get a plethora of supernatural shenanigans, involving ghosts, demons, winged billionaires, and the honest to goodness (badness?) devil thrown in, for good measure. 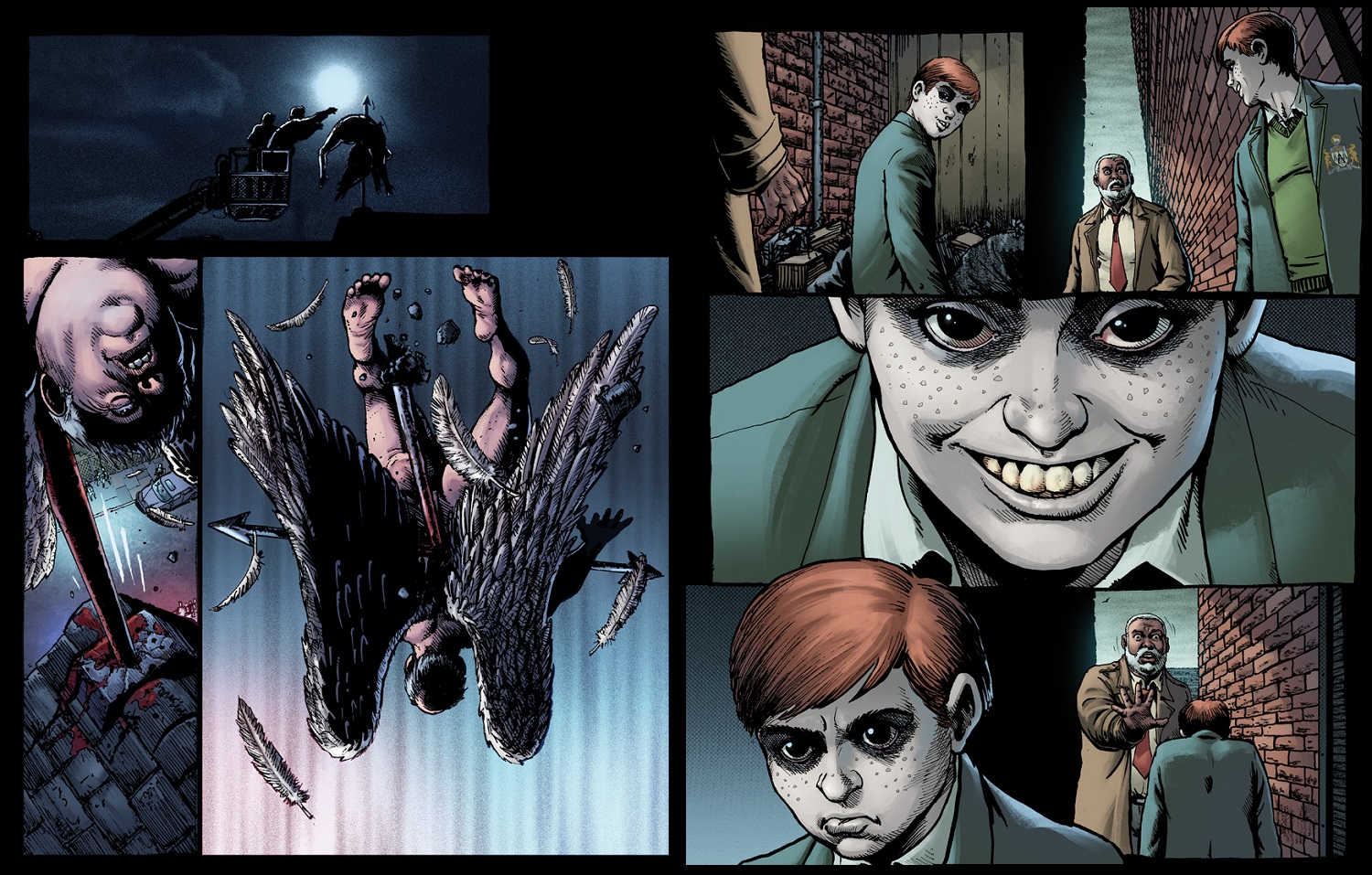 The Devil’s In The Detail

While I’m not the biggest fan of the horned, tailed, red-skinned version of Lucifer, and far prefer the beautiful, androgynous character we saw in Neil Gaiman’s Sandman, and Mike Carey’s series starring the character, there’s no denying that they are one and the same anthropomorphic personification. He’s one sly devil, this one. I’m happy to ignore his current look, as all the people he interacts with don’t see him like that anyway. Perhaps they see him as he was drawn by Mike Dringenberg, or Ryan Kelly; or maybe they even see him as the brilliant Tom Ellis version, from the Lucifer TV show. Whatever the case, while I don’t like the look, I’ve definitely been bedevilled by the character.

As has John, himself. 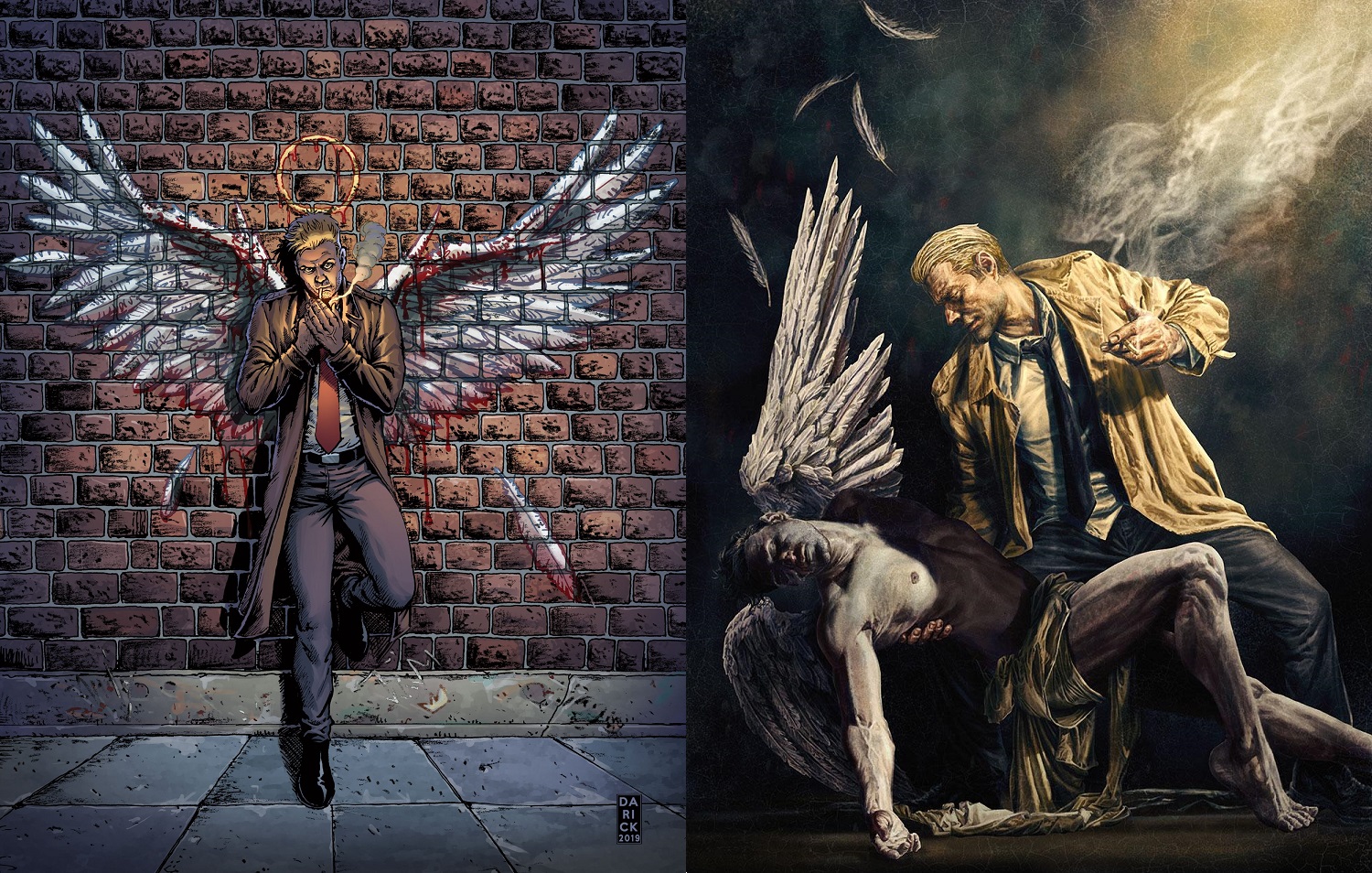 The art on the dust jacket, and in the book itself is by Darick Robertson. While I have to say that Mr Robertson is a wonderful storyteller. I don’t know if his style suits this character, or this type of story. Now, before fans of this great artist come at me with torches and pitchforks, this is just down to personal taste. His art is excellent, but I prefer my horror comics darker, grittier, and not quite so “comic-booky”… if that’s even a word.

Robertson’s faces are wonderfully expressive, and he draws body language and character interaction beautifully. Like I said, he’s a great storyteller; I’m just more of a John Ridgeway, or Sean Philips guy, when it comes to our favorite chain-smoking, world-weary wizard. The variant cover, which you can see as the banner art for this this review (and on the book cover beneath the dust jacket), as illustrated by the incredible Lee Bermejo, is more my cup of tea.

The color art by Diego Rodriguez, and Deron Bennett’s letters, are fantastic. See? I don’t complain about everything. 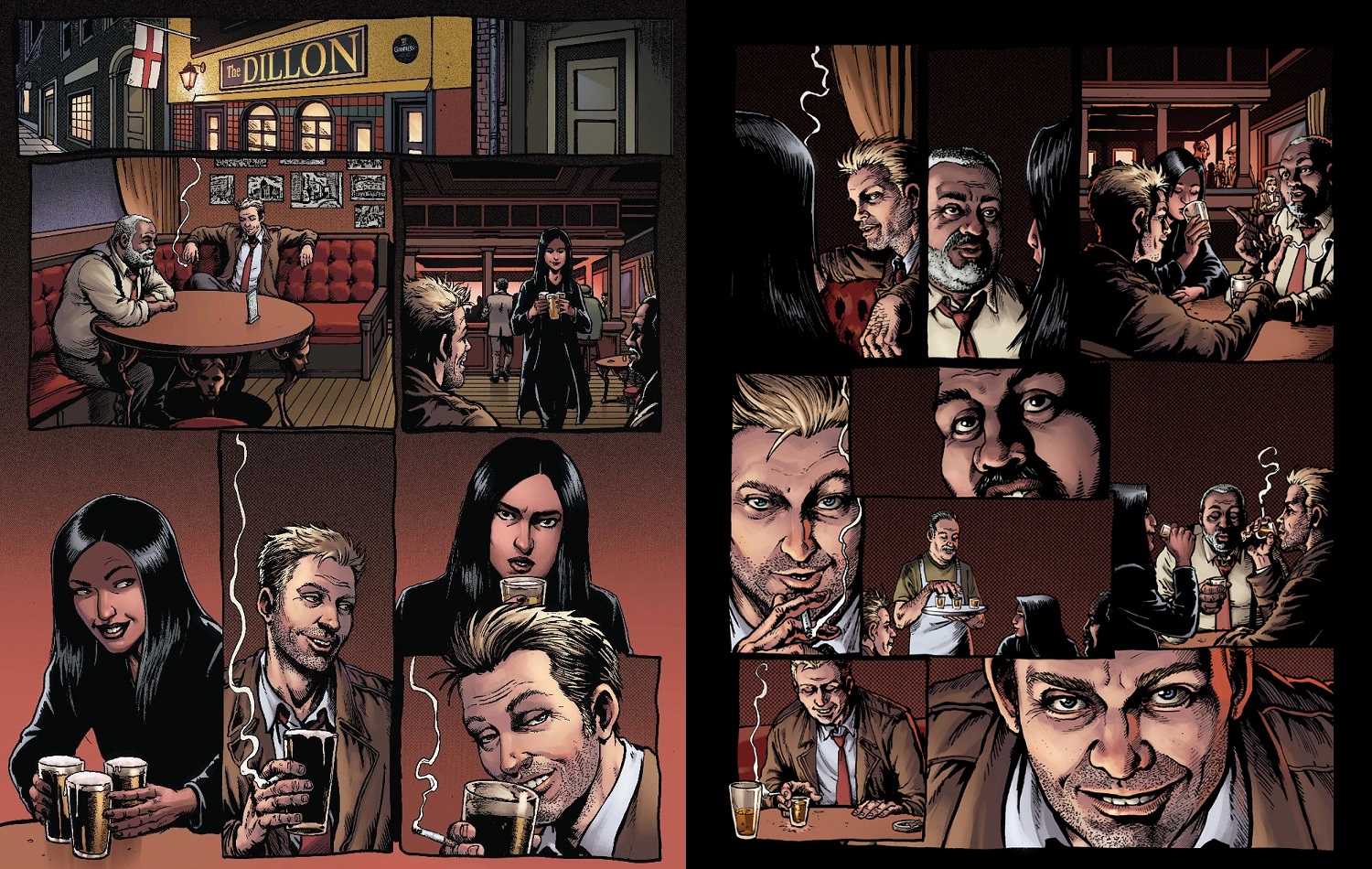 Hellblazer: Rise and Fall is a great, great read. While the art isn’t to my taste, it’s still brilliant, and the writing is absolutely first rate. What we get in this pages is equally, haunting, horrific , and hilarious. John Constantine is one of the most fallible, believable and relatable characters in all of comics, and this story ranks high on my list of favorites.

All in all this is highly recommended reading that requires no previous knowledge going in, and that belongs in the collection of any comics fan, new or old.

This book doesn’t just collect the complete three part story, it also features a gallery of all the main and variant covers – including one that wasn’t actually used – plus some great sketches, and work in progress art by Darick Robertson.