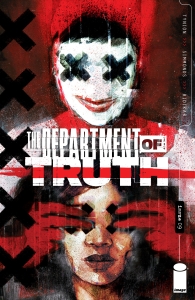 The Department of Truth #9: Cole Turner has seen firsthand the horrifying ways collective belief shapes the world and how theories can manifest and take physical form…but what happens when those thought forms start to have thoughts—and desires—of their own? What truths about Tulpas lay at the heart of the Tibetan Book of the Dead?

In the present, Hawk spends the issue lecturing Cole about magic and how he uses it to do his job. So, when large impossible things like a giant wall of ice in Antarctica are created because people believe in it, then it’s Hawk’s job to get rid of it. And he does this through magic.

Magic is not the big flashy stuff you see in fantasy movies, but involves manipulating the belief of the masses using symbols. Symbols are the basis of magic. As Hawk describes it, “Every thing is connected to everything. It’s a continuum of knowledge and symbols with power, and if you lean into that power you can change the world”. It’s interesting that although Hawk and Black Hat both use belief to manipulate reality, their methods vary. As Hawk states, “Black Hat’s been using computers and social media, but I still rely on an older bag of tricks because they haven’t failed me yet”. He has mystical images subliminally inserted into broadcasts of whatever he wants people to believe. To drive the masses to believe in a round Earth, he uses news stories about satellites, space stations, Antarctic expeditions, and the like.

Hawk does drop some tantalizing bits of information. One is that the Director and Doc Hynes made a disastrous attempt to capture a UFO that caused the death of 46 people. And, as Hawk tells Cole, “what they created wasn’t no UFO”.   Another is that in the Department, only Cole, the Director, and Ruby have ever seen the “scarlet woman”. Hawk opines that this may be why the director has partnered Cole and Ruby together: “Maybe you’re the ones who will succeed where I failed. Maybe you’ll figure out what she wants with this country”.

I love how Hawk is completely irreverent. It seems completely in character that someone who has manipulated reality for decades would hold nothing sacred. What is there in the world that a man like Hawk could hold a firm belief in? It would be interesting to see if there is anything at all he does have faith in. Also, I love that his nickname for the director, Lee Harvey Oswald is “Patsy”, in reference to the fact that he’s the patsy for the murder of JFK.

Some readers may find an issue-long lecture about magic and symbols to be a slog to read through. However, I find it utterly fascinating. But generally, if you’re not into comics that make you think, then The Department of Truth is probably not for you. 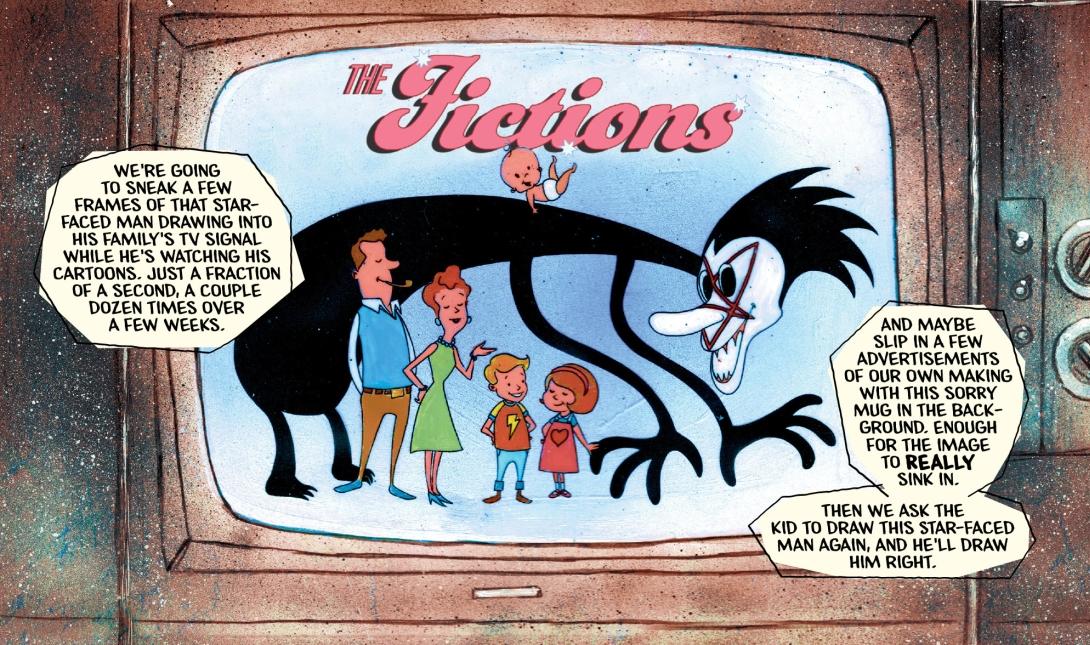 Titans Season 3 Teaser: What We Know So Far!